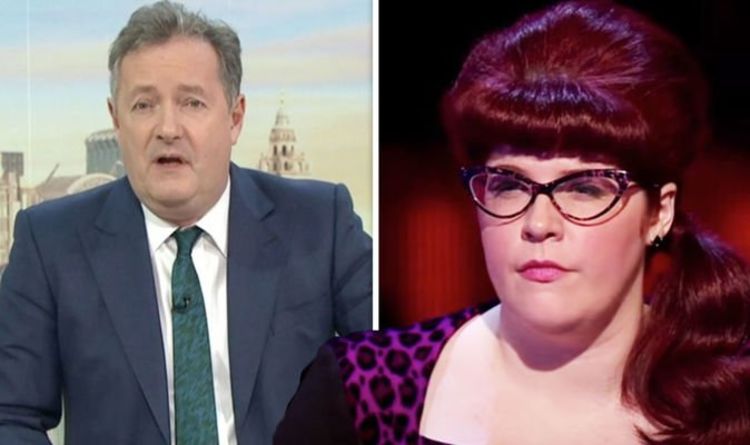 The Chase star Jenny Ryan, 38, has weighed in on ITV’s announcement that Piers Morgan, 55, has quit his hosting role on Good Morning Britain. The quizzer, who is known as The Vixen on the game show, admitted she had previously snubbed opportunities to be interviewed on GMB due to the outspoken journalist.

Jenny branded the news a “blessed relief”, as she declared she had run out of “excuses” to avoid appearing on the ITV show when Piers was hosting.

The star went on to inform fans that she only agreed to stints on GMB during the holidays, when Piers and his co-host Susanna Reid usually take their breaks.

Jenny wrote in view of her 91,000 followers this evening: “I’d run out of excuses as to why I could only appear on GMB during the holidays, so this is a blessed relief.”

Fans took to the comments section of the television personality’s post to share their thoughts on her admission.

Jenny then confirmed: “I can hear you, Piers.”

Still unsatisfied with his microphone, Piers got up from his seat and said: “Jenny needs to hear me. It’s actually an emergency.”

In a statement, ITV said: “Following discussions with ITV, Piers Morgan has decided now is the time to leave Good Morning Britain.

Media regulator Ofcom previously announced they would be launching an investigation after they received 41,000 complaints about Piers’ comments following the Duke and Duchess of Sussex’s interview with Oprah Winfrey.

An Ofcom spokesperson said: “We have launched an investigation into Monday’s episode of Good Morning Britain under our harm and offence rules.”