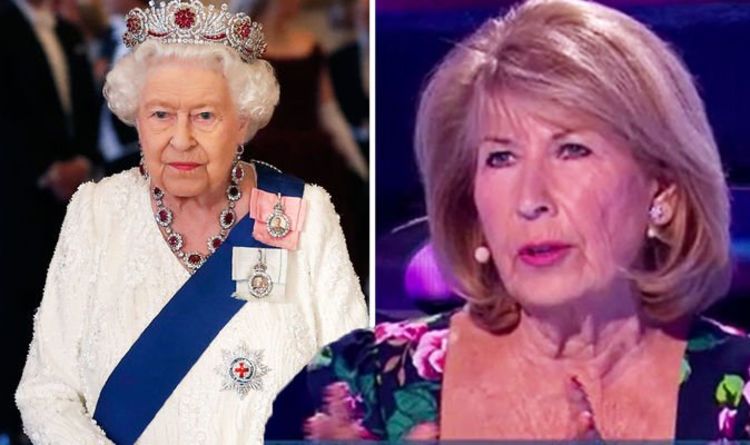 Jennie Bond dished the details during a recent broadcast of the BBC show The Wheel with host Michael McIntyre as the pair discussed the Queen. The former royal correspondent joined a host of famous faces including Rachel Riley, Chris Eubanks, Daisy Lowe, Richard Madeley, and Levi Roots.

The 70-year-old recalled the moment she was desperate to use the toilet while pregnant as she made a dash for Buckingham Palace.

The revelation comes after the former correspondent shared her knowledge on the quiz programme.

Host Michael joked that Jennie had spent “three-quarters of her life” standing outside the Palace before he cheekily impersonated the Queen’s response.

The comedian took a light-hearted dig at the former Women’s Hour producer as she opened up about an awkward moment.

Having spent 14 years following the British monarchy, Jennie is one of Britain’s most recognisable correspondents.

She began her journalism career in print before moving to BBC Radio in 1977 where she produced Women’s Hour and other programmes.

In 1988 she began to report on television for the BBC and the following year she became the Corporation’s Royal correspondent.

The well-known broadcaster recently took part in the new quiz show The Wheel.

READ  Kim Kardashian BLASTED as fans accuse her of making the Royal Baby news about herself
Share on FacebookShare on TwitterShare on PinterestShare on Reddit
newsgrooveJanuary 9, 2021