Springsteen’s advertisement for Jeep premiered during Sunday’s Super Bowl game. Titled The Middle, it saw the the 71-year-old singer urge unity in America.

Jeep released a statement saying it “would be inappropriate for us to comment on the details of a matter we have only read about and we cannot substantiate”. But the company said: “It’s also right that we pause our Big Game commercial until the actual facts can be established.”

A spokesperson for the national parks service confirmed that Springsteen was arrested on 14 November in a part of the Gateway National Recreation Area on the New Jersey coastline.

The park is on a narrow, beach-ringed peninsula, with views across a bay to New York City. It is about 15 miles north of Asbury Park, New Jersey.

Springsteen received citations for driving while under the influence, reckless driving and consuming alcohol in a closed area. The spokesperson said Springsteen was cooperative throughout the process.

The incident took place the month after the release of his latest album, Letter to You, which debuted at No 2 in the US.

In his 2016 autobiography, Springsteen revealed that he hadn’t tried alcohol until the age of 22, in part because of his father’s drinking. “I was afraid of myself, what I might do or what might happen to me,” he wrote. “I’d seen my dad and that was enough for me. Music was going to get me as high as I needed to go.”

Springsteen has yet to make a statement.

• This article was corrected on 11 February 2021. Springsteen’s latest album is called Letter to You, not Thunder Road as stated in an earlier version, and it was released in October, not November. 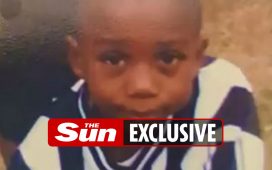