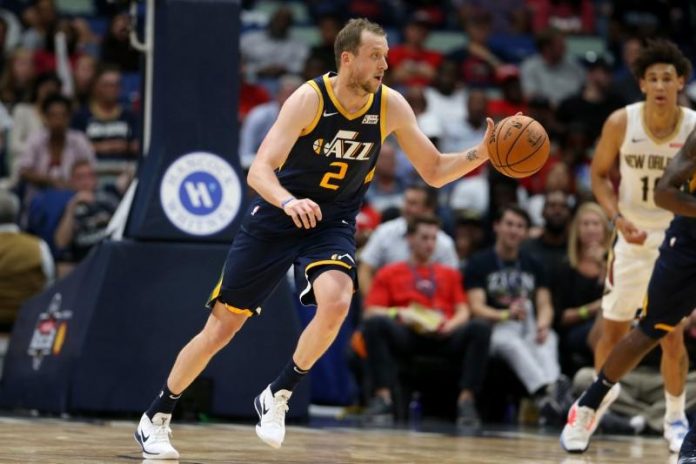 The Utah Jazz signed forward Joe Ingles to a contract extension on Monday, the team announced.

The Jazz did not disclose terms of the deal, but ESPN’s Adrian Wojnarowski reported that it was for one year and $14 million. The extension keeps Ingles under contract through the end of the 2021-22 campaign.

Ingles, 32, started all 82 games last season and averaged 12.1 points, 5.7 assists and 4.0 rebounds. The Australia native has spent all five of his NBA seasons with the Jazz.

“As one of our longest tenured players, Joe’s shooting acumen, playmaking ability and unselfishness have been integral to our team’s identity,” Jazz general manager Justin Zanik said in a statement. “We are excited to keep a player like Joe, as his character and leadership are critical for the foundation of our team.”

Deontay Wilder vs Tyson Fury II: Who is in better shape for rematch after tune-up fights?

FIFPro will back players who defy Olympic ban on political protests