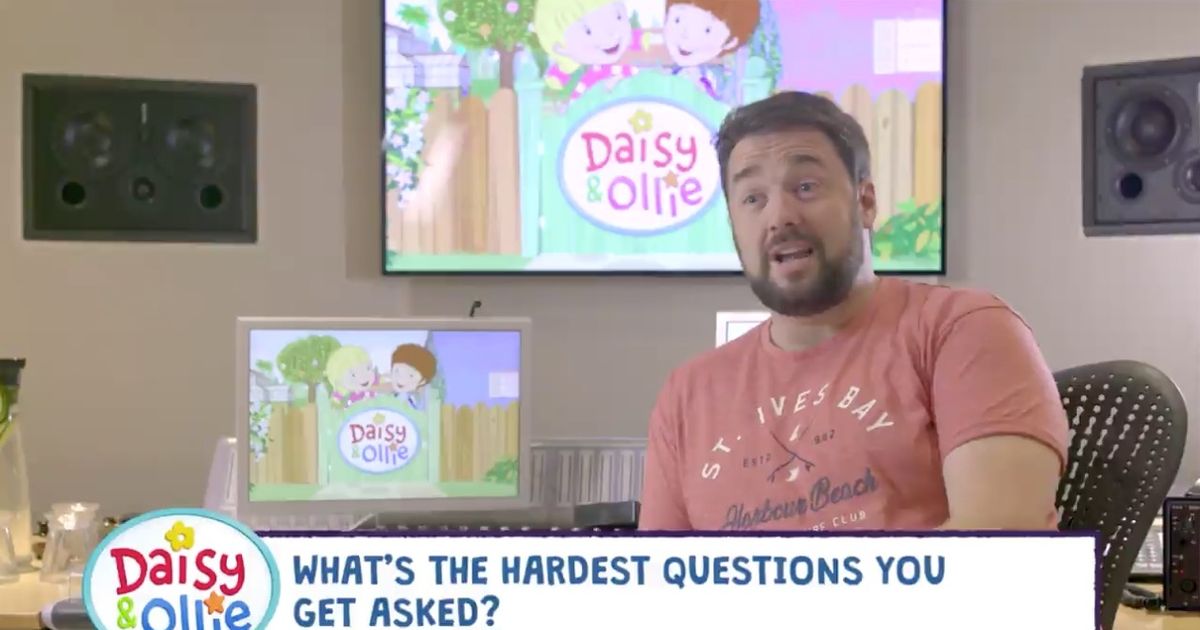 Parenting – it’s a hard gig at the best of times… and that’s just when they’re babies.

The dad-of-five, whose eldest children are nine-year-old twins, produces the kids’ show and also voices the character “daddy”.

In a candid question and answer session, Jason shared his top responses for the endless curiosities his children have.

In the two and half minute video, the Manchester-born comic admits his kids ask him an average of “five questions a minute”, or “10,000” questions a day.

He quipped that the hardest questions he is asked are often maths based, with prime numbers his biggest stumbling block.

Children are often curious about the birds and the bees, with parents up and down the country regularly asked “where do babies come from?”

Without missing a beat, Jason informed his kids that all babies come straight from “the hospital” – which is accurate enough for a pre-school mind.

He claims he is regularly asked why the kids have to go to school and to bed.

Both questions were swiftly answered with the same reply: “I just hate for you to see daddy drinking in the morning/at night”.

Jason recalled lies he was told as a child by his parents, including believing that black puddings were small animals.

He even admitted going “black pudding hunting” in the back of the garden for hours, before he caught on to the white lie when he was 13.

In a survey by Jason’s pre-school TV show Daisy & Ollie, parents across the UK were surveyed about the questions their kids regularly ask them.

The average parent was convinced their child asked an average of 41 questions a day during term time, rising to 55 in the summer break.

The big questions currently playing on the minds of the UK’s 2-6 year olds include: What happens when you die? (often asked to grandparents), why is water wet? why can’t I stay up late and how does the internet work?