This week, Japan’s health ministry recommended a ban on implanting genetically modified human embryos, warning that such procedures could lead to a market for ‘designer babies.’

The recommendation was issued by an expert panel, which said that allowing gene-edited embryos to move forward in gestation posed serious health risks for both the infant and potential future generations.

The panel did not oppose ongoing research into gene-editing human embryos for potential insights into hereditary diseases and other health concerns, but limited its concerns to allowing any of these gene-edited embryos to be implanted into a uterus. 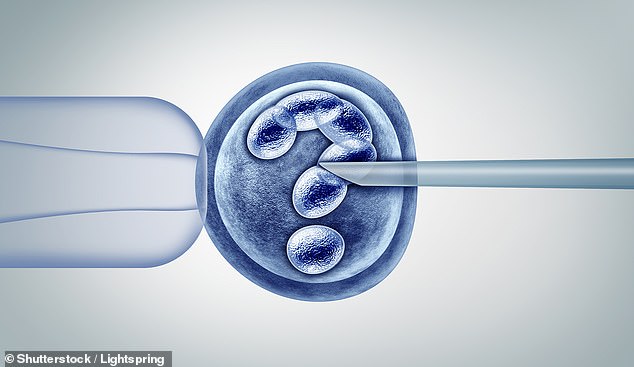 The Japanese government originally moved to allow genome editing of human embryos in 2018.

The most common method of gene editing is CRISPR, or Clustered Regularly Inter-Spaced Palindromic Repeats.

It makes use of an enzyme derived from bacteria that can cut through a DNA strand at a specific location, creating an opening where a new segments can be fused in place. 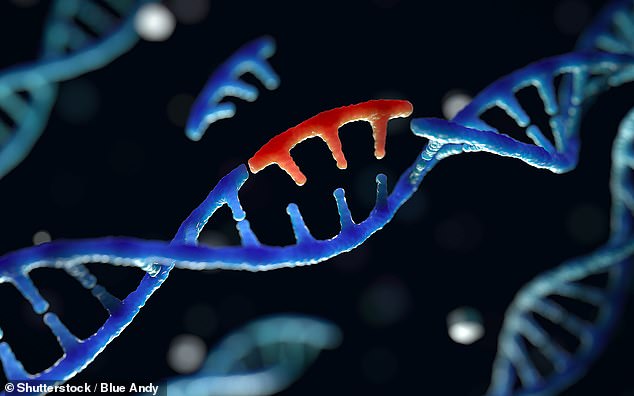 Embryo genomes are edited using a process called CRISPR, which uses an enzyme derived from bacteria, which cuts a DNA strain in a specific location and creates an opening for a new segment to be inserted

Last year, a Chinese scientist, He Jiankui, announced what he claimed was the birth of the world’s first genetically modified human baby, which he claimed had heightened resistance to HIV.

Earlier this year, the Chinese government announced it would expand its laws regulating how genome modification is used.

Gene editing technology is currently used in a number of other applications in Japan, especially in the agriculture industry, according to a report in the Asahi Shimbun. 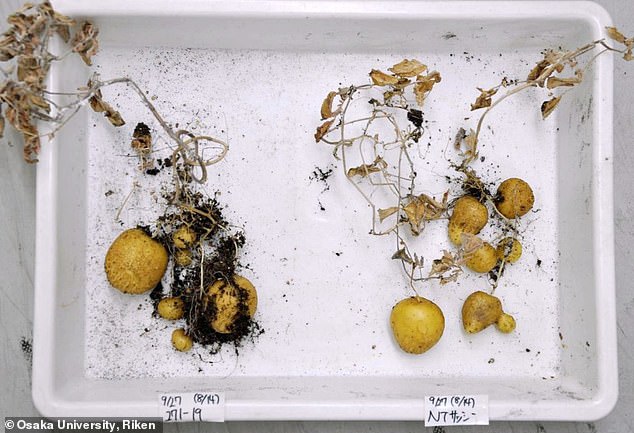 A group affiliated with Tsukuba University is working to develop a genome-edited tomato with higher concentrations of gamma-aminobutyric acid, a compound that can help lower blood pressure.

Gene editing has also been used to produce higher yield rice varietals, and to create a potato that doesn’t emit toxins when it sprouts.

CRISPR-Cas9 is a tool for making precise edits in DNA, discovered in bacteria.

The technique involves a DNA cutting enzyme and a small tag which tells the enzyme where to cut. 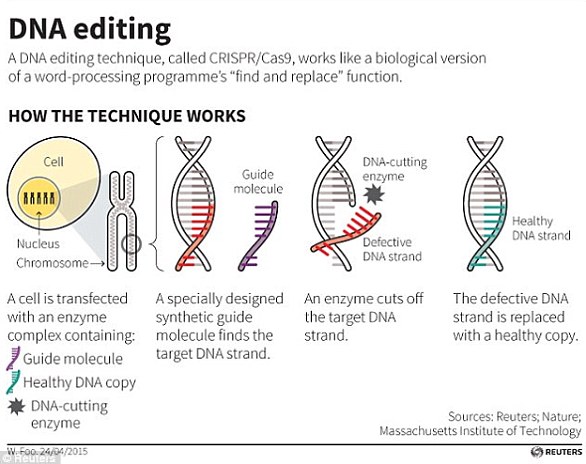 The CRISPR/Cas9 technique uses tags which identify the location of the mutation, and an enzyme, which acts as tiny scissors, to cut DNA in a precise place, allowing small portions of a gene to be removed

By editing this tag, scientists are able to target the enzyme to specific regions of DNA and make precise cuts, wherever they like.

It has been used to ‘silence’ genes – effectively switching them off.

READ  Giant pyramid-shaped asteroid to shoot past earth in hours

When cellular machinery repairs the DNA break, it removes a small snip of DNA.

In this way, researchers can precisely turn off specific genes in the genome.

The approach has been used previously to edit the HBB gene responsible for a condition called β-thalassaemia.

Scientists race to find out how Wuhan victims became ill

When judges don’t know the meaning of rape, there is little hope of justice | Sonia Sodha

Coronavirus: academic had no official contact on return from China

It’s time to tune in: why listening is the real key to communication

Coronavirus: How is the deadly virus different to SARS and Ebola?