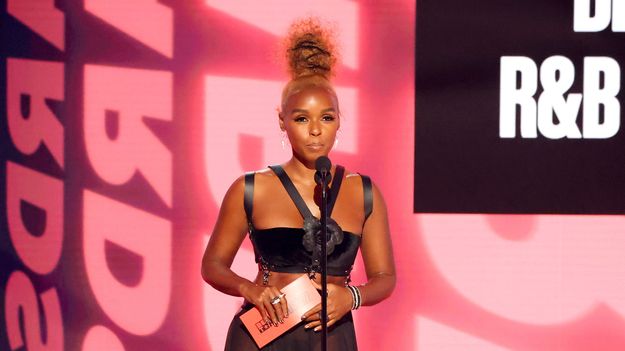 The BET Awards on Sunday night (June 26) were a celebration of the invaluable work of Black artists everywhere, celebrating the likes of Megan Thee Stallion, Latto, and Kendrick Lamar. They also became a platform for those creatives to make their voices heard, as many attendees used the stage to criticize the Supreme Court’s decision to overturn Roe v. Wade, the landmark 1973 ruling that established a constitutional right to abortion.

Lizzo kicked off the show with a performance of her latest single “About Damn Time,” bringing along her flute for a rousing solo, which has become a signature of her live performances. Then, Oscar-nominated actress Taraji P. Henson, who hosted for the second year in a row, praised Black entertainers with her opening speech. She called back to the song’s title to criticize the stripping of human rights and favoring guns, referencing SCOTUS’s Thursday (June 23) ruling on permitting open firearm carrying in public.

“It’s about damn time we talk about the fact that guns have more rights than a woman. It’s a sad day in America,” she said. “A weapon that can take lives has more power than a woman that can give life if she chooses to.” She also thanked Lizzo for recently pledging $1 million of her tour proceeds to benefit Planned Parenthood.

Janelle Monáe, the first presenter of the night for Best Female R&B/Pop Artist, praised female, queer, and nonbinary Black artists for “making art on our own terms, owning our truth and expressing ourselves freely and unapologetically in a world that tries to control and police our bodies, my body, and our decisions.” She then held up a middle finger to the camera, saying, “Fuck you, Supreme Court.”

“I know we’re celebrating us right now as we should,” she continued. “We absolutely deserve to celebrate — especially now we should celebrate our art by protecting our right and our truths.”

Monáe then announced Jazmine Sullivan as the winner. During her acceptance speech, the “Pick Up Your Feelings” singer addressed the men in the audience regarding the overturn. “It’s a hard time right now for us, and I want to speak directly to the men,” Sullivan said. “We need y’all. We need y’all to stand up for us, stand up with us. If you’ve ever benefited from a woman making one of the toughest decisions of her life, which is to terminate a pregnancy, you need to be standing with us.”

“This is not just a woman’s issue,” she concluded. “This is everybody’s issue. And we need you more than ever.”

The ceremony saw some other big moments and surprises, too. Doja Cat, Drake, and Ari Lennox racked up the most nominations with six and four categories respectively, but none of the three went home with any wins. Silk Sonic took the coveted Album of the Year award for An Evening With Silk Sonic, along with Best Group. Kendrick Lamar won Best Male Hip-Hop Artist and Video of the Year for “Family Ties,” on which he collaborated with his cousin Baby Keem. Mariah Carey made a surprise performance with Latto, fabulously bringing “Big Energy” along with rapper Young Dirty Bastard, who remixed together with Carey in her classic “Fantasy.”

Kanye West also shocked the audience with a rare public appearance, his first at an award show since the 2022 Grammy Awards prohibited him from performing at the ceremony due to “concerning online behavior.” Covered head to toe with a cap, an oversized hoodie, baggy pants, leather gloves, shades, and a black mask, he presented the Lifetime Achievement Award to Sean “Diddy” Combs.

The BET Awards ended with a classic “In Memoriam” segment, honoring various celebrities who had passed away within the past year. These included late fashion icons André Leon Talley and Virgil Abloh, musicians Traci Braxton and Biz Markie, and renowned actors Michael K. Williams, Cheslie Kryst, and Sidney Poitier. Shockingly, the tribute was cut short with the sound of gunshots as hundreds of names appeared on-screen. A final gunshot could be heard as a powerful message appeared: “In memory of all lives lost due to gun violence.”