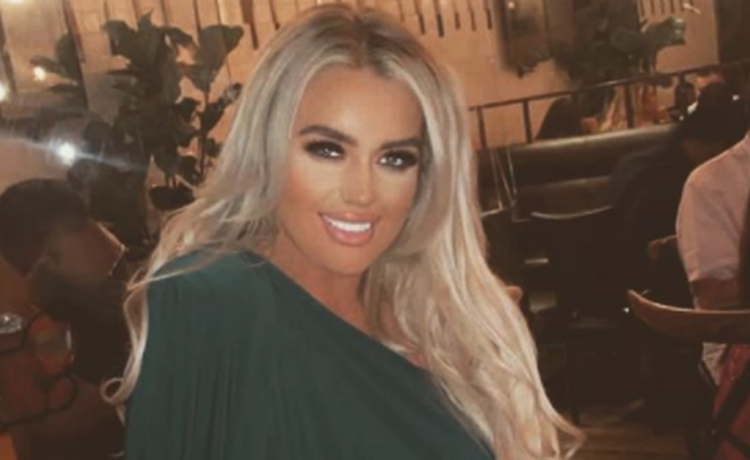 Scots Lotto winner Jane Park has revealed she has moved to Dubai.

The influencer told fans she’s emigrated to “improve my life and try and make 2021 more positive than 2020”.

Jane had previously said she would be staying in the UAE country for the next month amid the tightening of lockdown restrictions in Scotland.

After announcing her news, the 25-year-old pleaded with Instagram followers to “stop with the Dubai abuse”.

She added she was “sorry” other people are not in the same financial position as her to be able to make such a move, but slammed trolls for calling her selfish.

A number of UK influencers have been blasted for “work trips” to luxury resorts.

Jane has been jetting between the Middle East and Scotland for the past few months despite the backlash.

In a post on her Instagram stories she said she moved out of her mum’s house in Edinburgh before her last trip abroad because she was “high risk”.

She also claimed it’s “safer” for her to be overseas than at home, and added she’s ensuring she is “following the rules”.

Jane, who became Britain’s youngest EuroMillions winner at the age of just 17, added: “If Dubai was to go into lockdown then I’d be in one too.

“I’m sick of message requests saying I’m selfish ETC when all I’ve done is moved somewhere to better my life and try and make 2021 more positive than 2020.

“I’m sorry that some people aren’t in a position to do so but I don’t feel you should hate someone who is.

“I’m not saying go to Dubai and party, I’m not always partying.

“I’m business focused and no one knows what is going on. Please don’t just message me abuse based on what you’ve read in the media.

“I think everyone’s too quick to jump on the bandwagon. I’m fully aware there is people that can’t see families etc but I am making no impact on that it’s not my fault so stop messaging a 25 year old girl abuse think again.

“You don’t know how someone is feeling. It’s the same ones that preach about mental health all over Insta as well.”

The social media star had previously suggested that she would love to move to Dubai to escape the Scottish lockdown.

Since arriving in the country, she has posted a series of sexy snaps of her enjoying the sunshine in a bikini, as well as visits to a host of top tourist spots and swanky designer stores.

Adding to her Instagram story, Jane urged fans to remember there is “stuff going on behind closed doors” that they don’t know about her life.

She said: “I want everyone to be aware of that I haven’t just been partying.

“I follow the Dubai rules and that’s all I can do.

“Please stop the abuse because your (sic) not in a position to do the things I do.

“I sympathize (sic) with the situation back home and I hope everyone stays safe and follows the rules based on where they live.”

Following her announcement, Jane thanked fans for the amazing response.

She added it was “really nice” to see some “positive things” for once.

Jane’s move comes as Scotland goes into a tighter lockdown from Saturday, with bans on drinking outdoors and more curbs on retail and takeaways.

First Minister Nicola Sturgeon announced click and collect services will be restricted to essential services only, such as clothes, homeware, baby equipment and books.

Takeaway services will have to be offered through a hatch to stop people coming indoors.

Drinking alcohol outdoors will be banned in all level 4 areas of Scotland, putting an end to any takeaway pints.

Employers will be under a strengthened obligation to allow staff to work from home.

Maintenance and other trade work in people’s homes will be restricted by law to essential upkeep only.

The law on leaving a house for essential purposes will be tightened to make sure people do not then stay outside in breach of the wider guidance.

The new rules were confirmed in a statement at the Scottish Parliament today.