Jamie and Rebekah Vardy celebrate birth of their third child 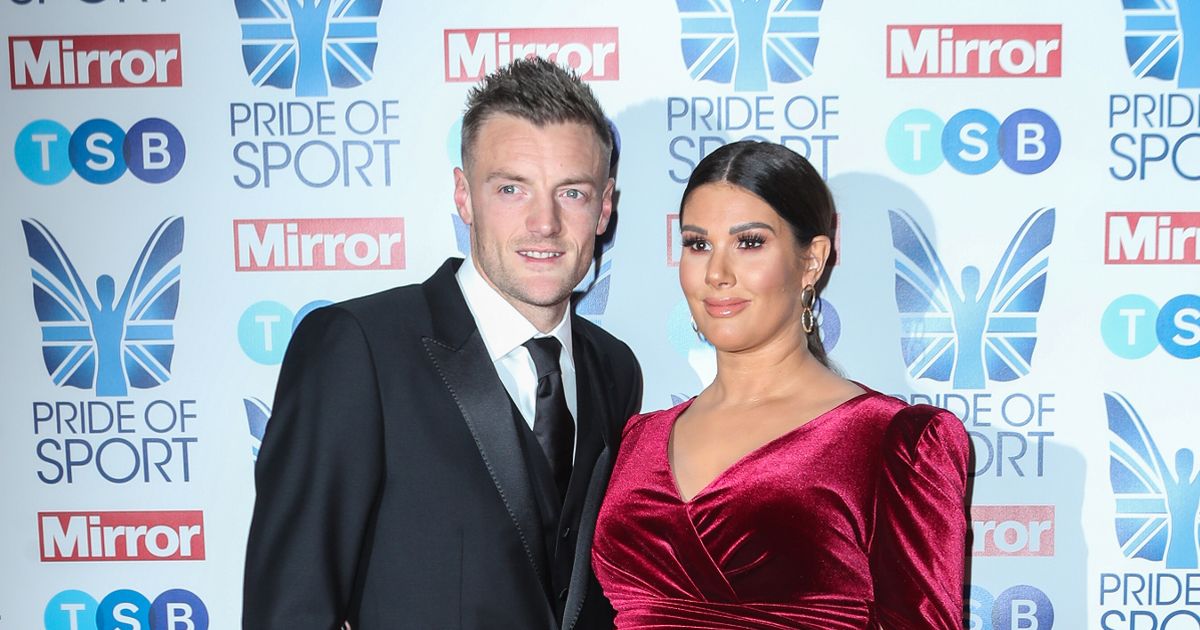 Leicester City boss Brendan Rodgers has confirmed Jamie Vardy’s absence from their clash with West Ham is due to the birth of their third child.

Vardy was left out of their much-changed squad to take on West Ham.

“Jamie Vardy’s wife had a child today, so he’s with her and congratulations to them,” Rodgers said.

Vardy soon announced the news himself on Twitter, writing: “Over the moon to let you know our beautiful little girl has arrived.

“Becky and baby are both doing well and we are all totally in love with the newest member of our team.”

The couple tied the knot in May 2016 after a two-year relationship and share two children, Sofia and Finlay, the latter of which was born in January 2017.

Rebekah also has two more children, Megan (aged 11) and Taylor (6), from previous relationships whilst Jamie has a five-year-old daughter, Ella.

He gave an interview with Football Focus this weekend discussing life as a father – and revealed the sex of their latest child was a surprise for the excited family.

Asked if the kids were excited, he said: “They can’t wait.

“Nobody knows what we’re having so it’s even better, it’s a little surprise for everyone.”

Discussing how they balance parenthood with his football career, he added: “I’ll be honest, I’ve not really done much of the night feeds.

“If I’ve got training or a game she just tells me to obviously stay in bed so that I’m fresh.

“But if we’ve played a game and obviously it’s a day off the next day, I always make sure that I’ll help out and stay up as long as you can.

“They can’t wait. Nobody knows what we’re having so it’s even better, it’s a little surprise for everyone.”

Vardy was one of several key players left out of Leicester’s side at the London Stadium.

After losing 4-0 to top of the table Liverpool on Boxing Day, Brendan Rodgers made nine changes, also leaving out the likes of James Maddison and Youri Tielemans.