Tom Kerridge spoke exclusively to Express.co.uk about his friend James Martin, who he claims is “bigger and better” than ITV’s Saturday Morning might allow viewers to think. Aside from raving about his talented friend, Michelin-starred chef Tom shared details about his handy new range of canape recipes, which he created in partnership with Carr’s crackers in the hopes of taking some of the stress out of Christmas for those spending most of the day in the kitchen.

Tom, 48, is one of the UK’s most high-profile chefs, having starred in shows like The Great British Menu, MasterChef, and Saturday Kitchen alongside James.

Tom is the proud owner of The Hand & Flowers and The Coach pubs, both of which have been awarded Michelin stars.

The famous food expert also opened up his first London restaurant at Corinthia Hotel in 2018.

When asked by Express.co.uk who surprised him the most out of all the chefs we’ve seen him work with on TV, he singled out his friend James.

READ MORE: Brian May and Anita cosy up in matching outfits after difficult time

“I mean, I’ve known him for a long time, but everybody sees James Martin as this guy that cooks on TV, but actually James’ cooking skills are phenomenal,” he revealed.

“It really is first rate. He’s an exceptional – not just TV cook – but chef.

“As a guy that cooks, his food knowledge is outstanding.

“So, you know, he’s bigger and better than I think Saturday morning TV allows you to think.”

Aside from talking about the world of TV cookery, Tom is also hoping to share some of his wisdom with those looking for an easy way to cater for a lot of guests this Christmas.

A new survey from cracker-maker Carr’s reveals that almost two fifths of Brits put off entertaining due to the stress of cooking at Christmas, and that half feel greater pressure about hosting this festive season compared to previous years.

Tom explained that his new simple canape recipes, which cater to five different personality types, are designed to help “take the stress out of Christmas”, as they can be prepared in advance.

Of his Carr’s crackers creations Tom said: “They are quick and simple with hero ingredients matching people’s character traits, so that you can serve a range of delicious options that all your guests will love.”

The five personality types are: the achiever, the extrovert, the adventurer, the romantic and the sensualist – all of which have been paired with delectable flavour combinations. 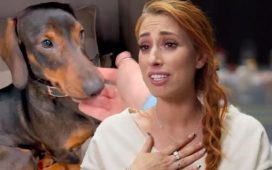 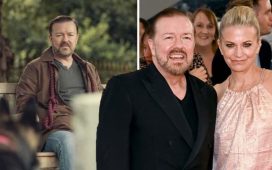