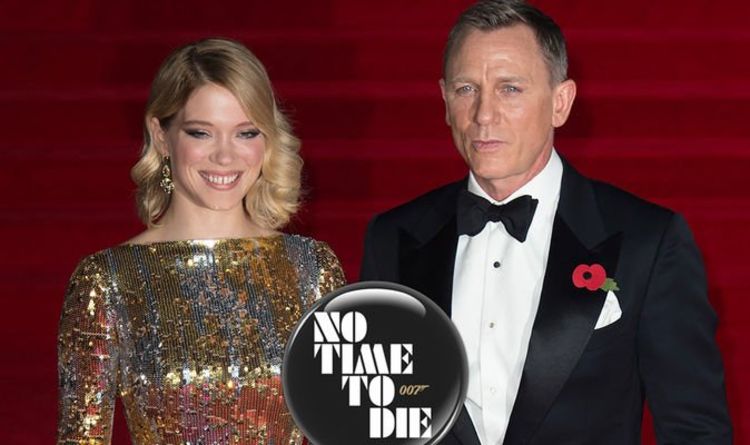 Exciting new images have emerged from the James Bond sets in Italy. Filming is currently taking place in the town of Matera. It may only have a population of only 60,000 but the Bond franchise always chooses its locations very carefully. The picturesque town is this year’s European Capital of Culture and the historical streets are the location for scenes between the British agent and his blond companion. Scroll down for pictures from the set.

Back in 2015, Spectre ended with Bond and Madeleine Swann walking off together. Has the eternal playboy finally settled down?

It seems almost impossible to imagine an entire movie with a domesticated Bond, and the last time he was lucky in love it lasted mere minutes. Driving away from his wedding at the end of On Her Majesty’s Secret Service, Bond watched his wife shot in front of him.

Popular theories suggest something terrible will happen to Swann early on to kick start the plot of No Time To Die.

Daniel Craig has not been seen yet on this set, so the scenes involve stunt doubles.

The blonde female stunt person suggests she is standing in for Lea Seydoux as Swann. She also has visible dots all over her face which indicate markers for special effects or guides for camera angles and shots.

Perhaps this is part of the opening scenes of the movie, showing Bond and his girlfriend enjoying a romantic visit to Matera before everything in typical fashion, explodes into dramatic action?

The Italian set images also show two identical Aston Martins. It’s possible this is to save time for multiple shots or there could even be some sort of deception going on the scene, with Bond using one car as a decoy.

So far, other set pictures have revealed filming in Jamaica and Norway.

There are suggestions Swann’s father, Spectre member Mr White, is somehow involved. Although he died in the previous movie, Blofeld did not and No Time To Die is expected to continue Bond’s entanglement with his nemesis’ sinister crime organisation as he unravels dark secrets from the past.