NewsGroove Uk
NewsGroove Uk > Movies > James Bond: All the evidence Rami Malek’s Safin is SECRETLY Dr No in No Time To Die
Movies

James Bond: All the evidence Rami Malek’s Safin is SECRETLY Dr No in No Time To Die

There has been a lot of speculation that Rami Malek’s James Bond villain is secretly Dr No, the baddie from the film franchise’s first official outing. But there seems to be a ton of evidence that No Time To Die’s Safin is really the classic nemesis, originally played by Joseph Wiseman in the 1962 Sean Connery classic, after all. Here are all the big pieces of the puzzle together.

Back in April, Rami Malek took an interview with Good Morning America where he was asked if he had any favourite James Bond movies.

The Oscar-winner intriguingly replied: “I liked Dr No quite a bit.”

A Bond story saying he was Dr No was taken down

That same month CBS posted a story online which originally said Malek was playing Dr No.

According to The Spy Command, this reference was removed, saying: “Correction: This story has been updated to reflect that it is unclear which James Bond villain Malek will be playing.”

James Bond: All the evidence Rami Malek’s Safin is SECRETLY Dr No in No Time To Die (Image: EON)

In an interview with Empire this month, Malek revealed how he has balanced bringing originality to his Safin character, with inspiration from previous Bond villains – Dr No maybe?

READ  'You are a trophy': ex-beauty queens judge Misbehaviour

He said: “If I went in there and tried to make a carbon copy of someone, what joy or fun would that be for anybody?…I’ve pocketed some things from some of my favourites.”

While, on Safin’s accent he added: “I wanted to create something that we couldn’t quite peg from any particular part of the world.”

Let’s not forget that Dr No in the novel and film was born to German and Chinese parents before moving to the US.

That mask in the No Time To Die trailer is called a Noh mask (Image: EON)

With such a movie title, fans immediately suspected he was secretly playing Blofeld, only for the star to deny it.

That was until Oberhauser was revealed to be Blofeld, of course. So could Safin be a front for Dr No then?

A villain to match Blofeld

But with Blofeld being the head of Spectre and 007’s arch-enemy, just how can he be topped in No Time To Die?

Sure, Waltz’s baddie is back for Craig’s last outing, but Safin can’t just be a new villain.

There must be some sort of twist that makes him an enemy of equal-footing with Blofeld – so Dr No perhaps?

Bond 25’s title was confirmed as No Time To Die earlier this month.

This makes it the first 007 movie to have “No” in the title since, well, Dr No. Perhaps there’s more to it than meets the eye? Dr No Time Die?

We’ve had an official No Time To Die poster, a trailer and new image in this month’s Empire, and we still haven’t seen Safin’s hands.

In the original film, Dr No lost his hands to radiation, being replaced by bionic metal ones. Could the trailers and posters be hiding these on Malek?

It’s hard not to compare Malek’s looks to Dr No, with his jet black hair and similar jawline.

Additionally, Safin’s kimono-esque costume is similar to Dr No’s in the original.

The No Time To Die trailer featured a flashback to Madeleine Swann’s youth where a masked assassin – who appears to be Safin – tried to kill her father Mr White.

The Japanese face covering is known as a Noh mask – surely this is too much of a coincidence?

Dr No is a mad scientist and member of Spectre

The original film’s Dr No is a mad scientist who works for Spectre, which would fit in well with No Time To Die’s focus on Swann’s past and Blofeld’s return.

Also, a plot rumoured to be around genetic warfare and the search for a missing scientist is certain to raise some eyebrows.

In the No Time To Die trailer, there’s a scene where Bond has been captured by Safin in his lair.

This is very similar to what Sean Connery’s Bond says to Dr No in the 1962 film: “World domination. The same old dream. Our asylums are full of people who think they’re Napoleon. Or God.”

Reddit user RaggedyRandall pointed out how similar Safin’s lair is to the final fight scene in Dr No between the villain and Connery’s Bond.

The fan wrote: “It looks like a pretty close recreation of the set from the end of Dr No, with the control panels and the elevated platform that lowers into the heavy water. It’s where the final fight between Bond and Dr No happens.”

Last but not least, No Time To Die sees Bond retired to Jamaica and also features scenes in Cuba, just north of the Caribbean island.

Jamaica, where Ian Fleming wrote the 007 novels, has only featured in two other Bond movies, Live and Let Die and Dr No. 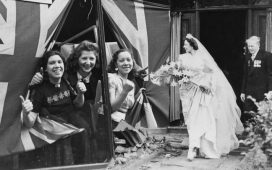