Chelsea Football Club and its stars Trevoh Chalobah, Mason Mount and Reece James tonight expressed their grief and shock at the passing of superfan Jamal Edwards MBE, the inspirational founder of SB.TV and son of Loose Women’s Brenda Edwards

Chelsea FC and some of its top stars tonight paid tribute to superfan and ‘inspiration to many’ Jamal Edwards MBE, after the tragic death of the 31-year-old founder of SB.TV.

Entrepreneur Jamal, who founded the online music and culture platform in 2006, was a lifelong Chelsea superfan who had previously interviewed the club’s young star, Trevoh Chalobah.

The death of the entrepreneur, author, DJ, director, businessman and community leader was met with shock and grief by the club and its stars.

A statement from Chelsea FC, accompanied by a photo of Jamal at Stamford Bridge, read: “We’re deeply saddened to learn of the passing of Jamal Edwards.

“An inspiration to many, we’re honoured that he was part of our Chelsea family.

“Our thoughts are with everyone who knew and loved him.”

They discussed the fledgling footie star’s thoughts on becoming a role model for young black African footballers, and being taken under Antonio Rudiger’s wing at the club.

At the time, Trevoh, 22, told him: “Nobody owes you anything, you have to earn it yourself.”

And tonight, on his Instagram stories, the sportstar shared a picture of the pair during their interview with the Stamford Bridge pitch in the background, and wrote: “RIP brother Jamal Edwards, lost for words.”

England and Chelsea star Mason Mount shared an image of Jamal sporting a Chelsea shirt and kissing the club’s badge, on his Instagram story.

The 23-year-old attacking midfielder wrote: “Always showed me so much love and support, proper Chels! You will be truly missed, RIP Jamal Edwards.”

He later added: “Life is too short.”

Jamal Edwards posed for a picture with Trevoh Chalobah
(

Jamal was a lifelong Chelsea superfan
(

Born in Luton before growing up on an estate in Acton, West London, he became friends with some of the UK’s top home-grown artists.

Jamal founded SB.TV at a time when the UK grime scene was just beginning to make waves.

His pivotal work in bringing the underground scene into the public conscience saw him attract several celeb pals, including Sheeran, Will.i.am, Professor Green and Rio Ferdinand.

He received an MBE at the tender age of 23 for his services to music and was also known for his charitable services and for founding a series of London youth clubs in 2020.

Among his many achievements – which included being a Princes’s Trust ambassador, Entrepreneur in Residence at the University of Sussex and an honorary degree from the University of West London – Jamal also fronted a documentary about mental health in the music industry. 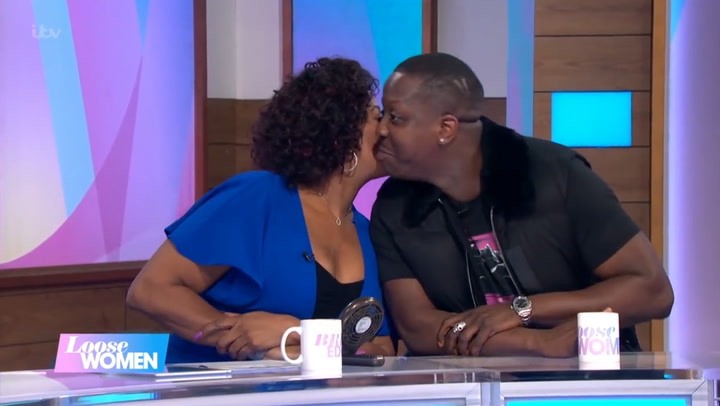 Sharing on battling with anxiety, he said at the time: “Anxiety comes over me at the most random times. I wanted to create awareness.

“As much as music is my entry point, I feel a responsibility to talk about these other issues. I wanted to get people talking to each other and they have been, I’m happy.”

Jurgen Klopp speaks out on Liverpool’s interest in Kylian Mbappe