Jada Pinkett Smith has confronted Snoop Dogg over his comments about Gayle King.

The rapper came under fire for telling Gayle to ‘back off, b***h’ after she brought up the late Kobe Bryant’s sexual assault allegations in an interview.

He accused the presenter of ‘attacking’ Kobe, who died in a helicopter crash last month, by bringing up the 2003 case.

Although Snoop later issued an apology, Jada was quick to challenge her friend.

She admitted ‘her heart dropped’ when she heard about his comments, during Snoop’s appearance on her Red Table Talk show.

‘I felt like not only were you talking to Gayle, but you were talking to me,’ she told the rapper in a preview clip from the episode, while he looked down in disappointment.

‘I was like, “Oh no, Snoop has now taken his power flow away from me, away from Willow, away from my mother”.

‘I was like, “Not Snoop!” That was one of the reasons why I felt like I really wanted to have the conversation with you in the spirit of healing.’

Kobe pleaded not guilty to felony sexual assault in 2003 after a 19-year-old employee of a Colorado ski resort accused him of sexual assault and claimed he blocked her from leaving his room and allegedly choked her.

Charges were eventually dropped and a civil case was settled out of court.

‘It’s been said that his legacy is complicated because of a sexual assault charge, which was dismissed in 2003, 2004. Is it complicated for you as a woman, as a WNBA player?’ Gayle asked Lisa.

‘It’s not complicated for me at all,’ Leslie replied.

She then noted that as the case was dismissed, ‘I think that’s how we should leave it.’

Snoop shared a video of himself ranting about the interview after it aired.

‘What do you gain from that? I swear to God, we the worst. We the f***ing worst,’ he said in the clip. ‘We expect more from you, Gayle.

‘Why y’all attacking us? We your people! You ain’t come after f***ing Harvey Weinstein, asking them dumb-a** questions. I get sick of y’all.’ He ended the rant with: ‘Back off, b****, before we come get you.’

The full Red Table Talk episode with Snoop Dogg will air on Facebook on Wednesday 26 February.

MORE: Jake Paul deletes tweets about Zayn Malik and blames them on the booze after being destroyed by Gigi Hadid

What happened to Duffy and when was she raped and kidnapped? 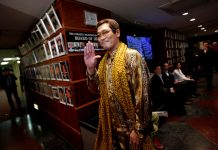 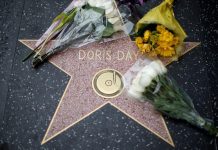