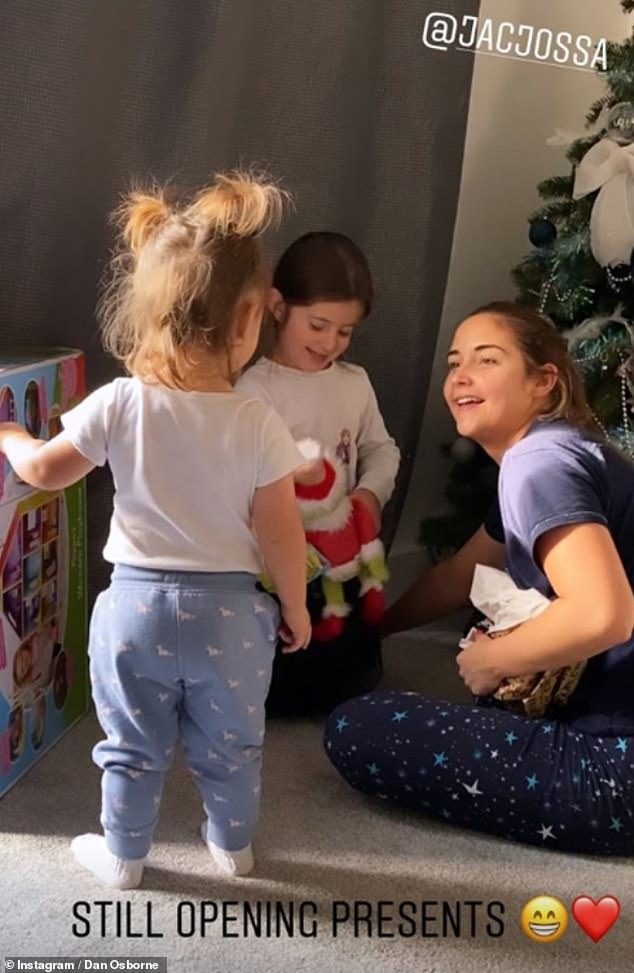 They proved their relationship was back on track as they celebrated Christmas with their children.

And Jacqueline Jossa’s husband Dan Osborne has revealed that their daughters Ella, four, and Mia, 18 months, are still opening their presents four days after Christmas.

The former TOWIE star, 28, took to Instagram Stories on Sunday to share a post of his daughters unwrapping gifts as the family enjoyed Christmas together following a turbulent month.

In the snap, Dan showed little Ella and Mia unwrapping the last of their gifts after getting spoiled over the festive season.

Jacqueline and Dan gave fans a glimpse of their daughters’ haul of gifts three days earlier, sharing a post of their living room floor covered with newly-opened toys. 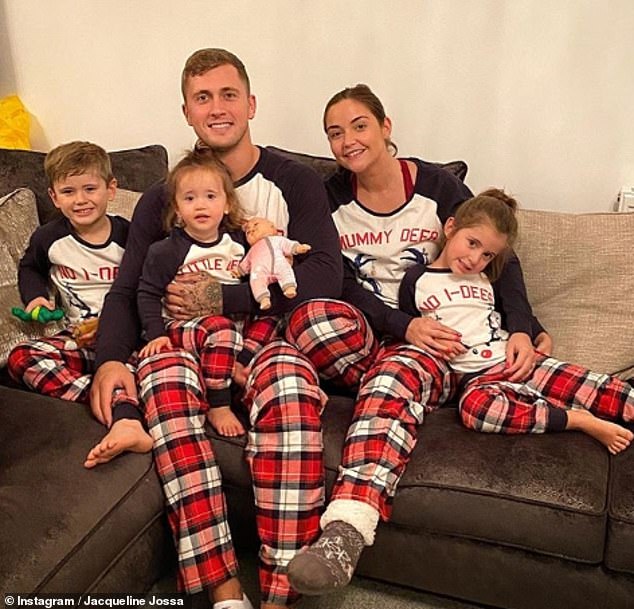 Fun: The former TOWIE star celebrated Christmas with his wife Jacqueline, their daughters and his son Teddy, six, from a previous relationship

The family enjoyed a fun-filled Christmas together which they documented on social media, alongside Dan’s son Teddy, six, from a previous relationship.

They even enjoyed a repeat day of Yuletide joy as they shared a Boxing Day snap clad in matching pyjamas.

Dan captioned the image: ‘Christmas No2 with the whole family❤️ my absolute world in one picture.’ 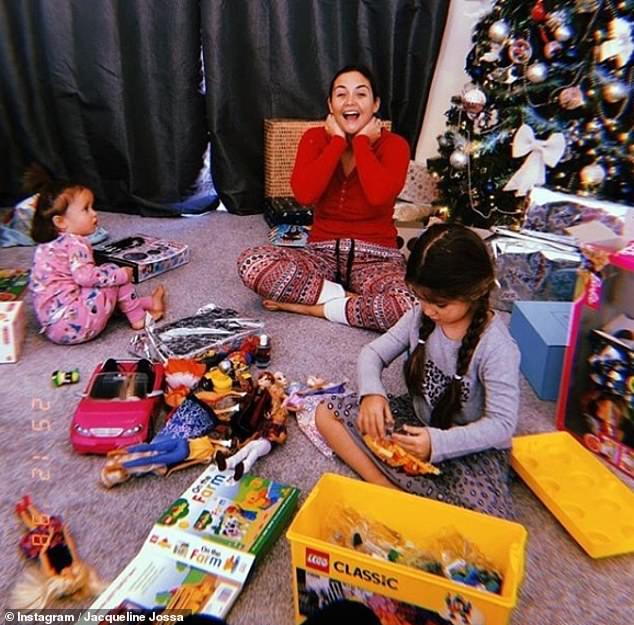 Wow! Jacqueline shared a glimpse of the array of gifts Mia and Ella received for Christmas, in a snap of their living room laden with toys 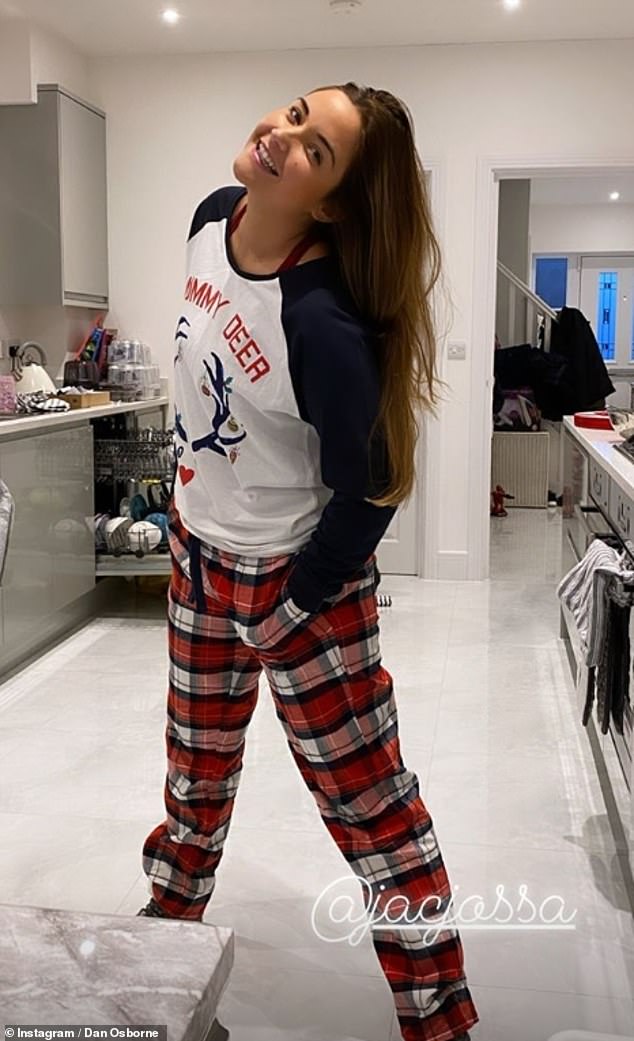 Fun: The Queen Of The Jungle donned matching pyjamas as she enjoyed the time with her family after a turbulent month for herself and Dan

A source told The Sun: ‘Dan called Natalie and started sending her nasty messages saying she had ruined his day by speaking about the romp.

‘Dan had told Jacqueline he’d done nothing wrong, so to see this totally blindsided everyone around her.’ 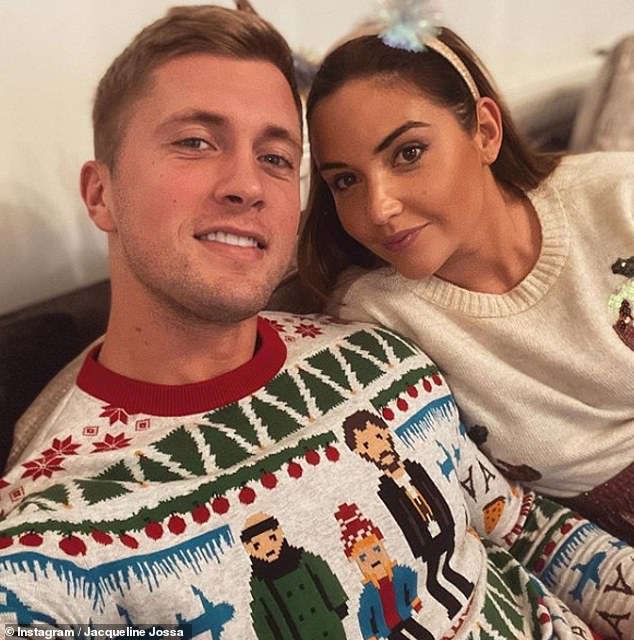 The American bombshell claimed he has since begged her to remain silent about the fling after Chloe made the allegations while Jacqueline was in Australia for the latest series of I’m A Celebrity… Get Me Out Of Here!

She said: ‘I had sex with Dan in my hotel room. Chloe’s story was true. I was drunk and it was a huge mistake but it happened. As soon as Chloe’s story broke… Dan began messaging me. He was saying, “deny it, deny it, deny it,” but I told him I couldn’t lie. I chose to say nothing until now. I want to speak the truth. 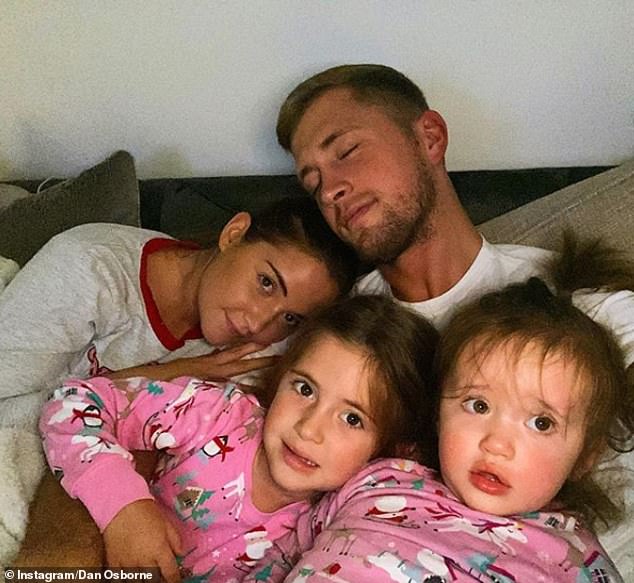 Furious: Dan has since denied the claims and apologised on social media and insisted his relationship with Jacqueline is ‘stronger than ever’

According to Natalie, they made their way back to her hotel suite following an alcohol-fuelled dinner to celebrate the conclusion of Celebrity Big Brother, won that year by soap star Ryan Thomas. Dan has publicly denied the claims.

He took to Instagram to post a statement apologising to Jacqueline for his recent behaviour, saying: ‘So after weeks, months and years of constant articles & rumours, some true, some very untrue I want to publicly say I know I have made mistakes.

‘We all do as humans, but I’ve made some that have almost cost me my family.

‘I have seriously learned from these massively, so I want to publicly apologise to my beautiful wife and my family for the mistakes I’ve made.

‘I am the luckiest man in the world to have what I have with Jacqueline and my three incredible children and I will spend the rest of my life being the best husband and dad that I can be.

‘Jac, myself and our families are excited for the future, one filled with love and happiness together.

‘We truly appreciate everyone that has supported us as a couple, we are ending this year stronger than ever.’ 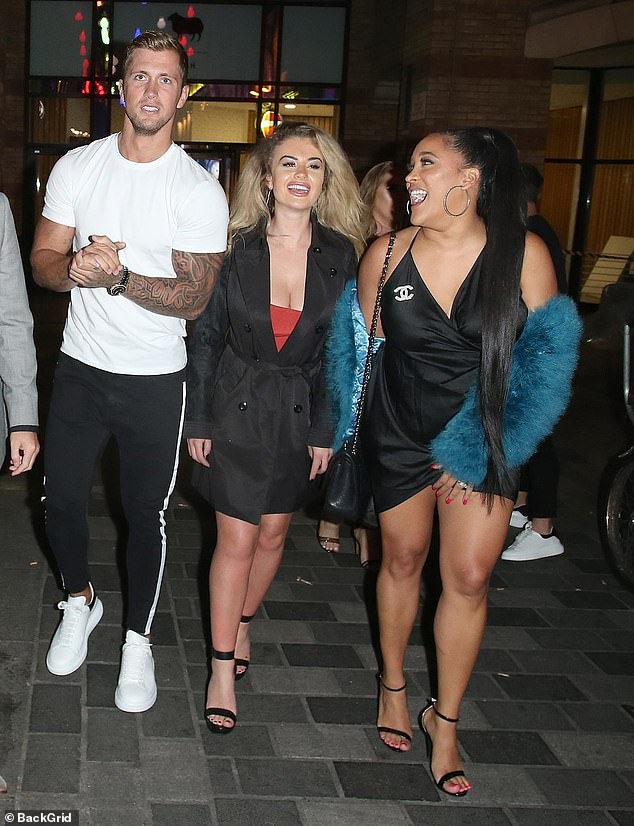