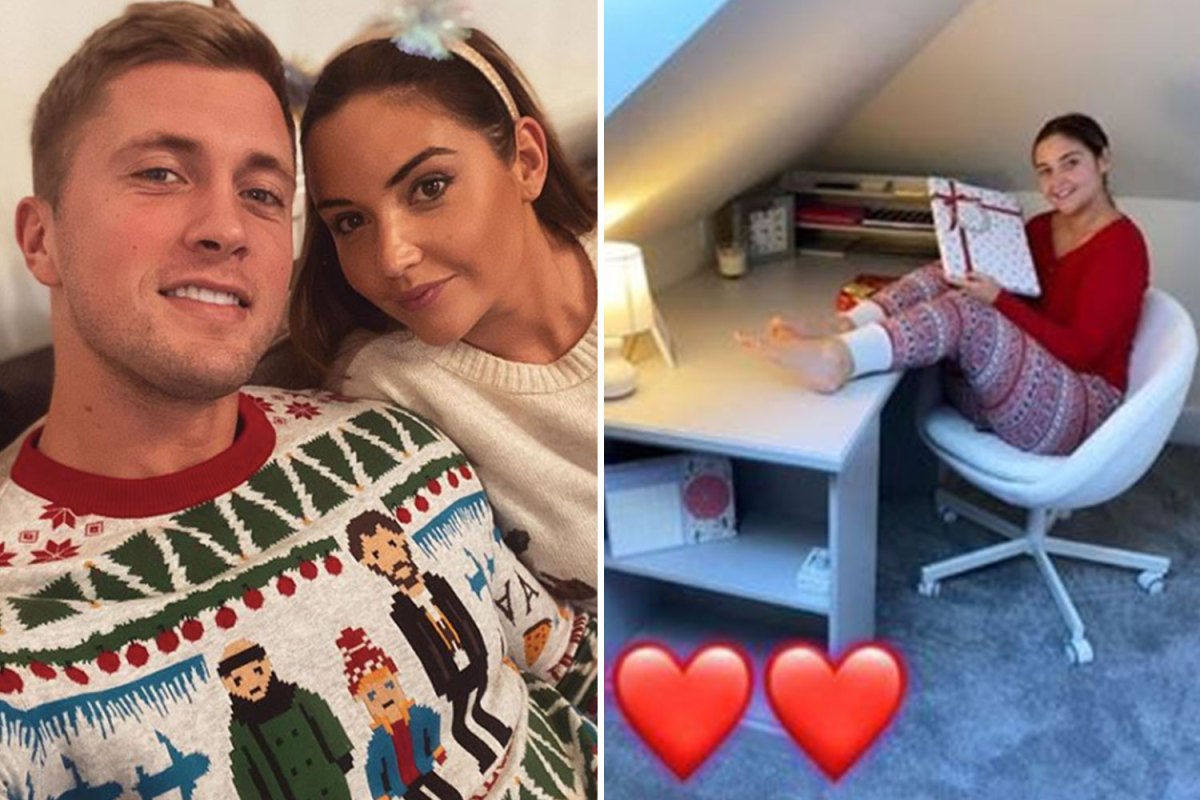 The former EastEnders star was given a desk for Christmas where she can focus on getting creative.

She says she wants to start writing songs and stories in 2020 as she teased exciting big plans.

The 27-year-old told fans: “I’ve had the best Christmas ever.

“I feel I have been very spoilt.

“Nothing will bring Christmas or my family down.

“I am focusing about all the positives in life now. There is so much good in life and in people. I will never change that for anyone.”

Dan and Jacqueline have decided to stay together after the US reality star Natalie Nunn said she had bedded Dan during a wild night out last year.

In an exclusive interview, Natalie told The Sun how Dan had begged her to deny romping with him. She said: “It’s true, I had sex with Dan. I was drunk and it was a huge mistake.”

After coming out of the jungle, Jacqueline admitted she was struggling to “process everything”.

Now she’s going to be using her musical talents to get her feelings down on paper.

Fans were impressed by her beautiful singing voice in footage that emerged when she was in I’m A Celebrity.

Dan said sorry for the “mistakes which could have ruined his marriage” in a post online.

Addressing cheating accusations directly on ITV’s Lorraine, Jacqueline said: “This isn’t new for me. It got brought up again because of Myles but at the same time, I was glad it made me think about it, I didn’t have a choice but to think about it… but it helped me.

“I want to hit a restart button. It’s been two years of me basically giving him hell and it’s not like he’s got away lightly at all.