JACQUELINE Jossa has been spotted looking incredible as she stripped down to a series of bikinis for a sexy new shoot.

The former EastEnders actress – who rose to fame as Lauren Branning on the BBC soap – took to Instagram with the series of snaps.

Jac, 29, announced her latest swimwear range with In The Style with the swimwear photo shoot in the spring sunshine.

The mother-of-two looked stunning as she posed with an ice-lolly in her hand beside a large outdoor pool on Tuesday.

She opted for a green two-piece bikini – with a white printed pattern and frills – as she placed a hand on her hip for the photos.

Jac completed her look by letting her long brunette hair trail down her chest as she smiled wide, revealing her glamorous make-up. 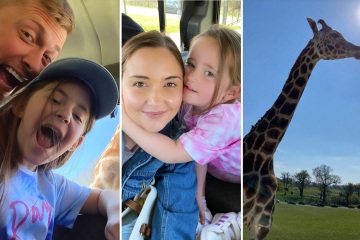 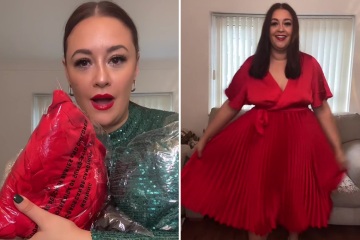 Other snaps saw her donning a floral cut-out swimsuit, showing off her curves as she revealed her long tanned legs in the sunshine.

A third snap saw Jac in a black bikini, while a fourth was taken as she posed in a bright neon green swimsuit that hugged her figure.

“Launching TOMORROW and you guys asked for this one so we have delivered,” she wrote of her new swimwear collection.

“My first swimwear dropped in April and it sold out so quickly so we’ve added in some new prints and colours and it is STUNNING!”

It comes after Jac impressed her fans with an incredible hair and make-up transformation last month for a photo shoot.

Jac often pokes fun at herself with hilarious videos, which show a funny before clip, followed by a stunning after shot.

The TV star – who is mum to two kids – didn’t reveal why she’d had her make-up and hair done, but she looked incredible. 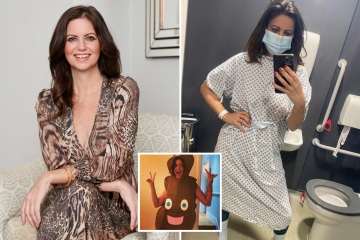 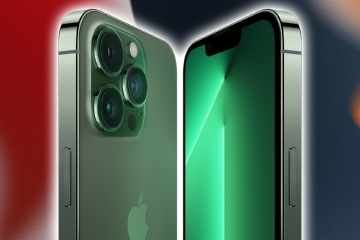 Taking to Instagram she posted a video of herself on a train, pulling a funny face, with not a scrap of make-up on.

Jacqueline then put her hand in front of the lens to block the view and when she released it, she had been transformed into a goddess. 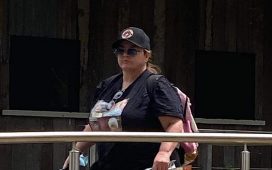 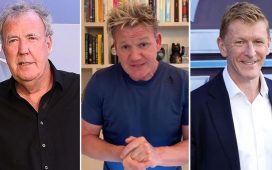