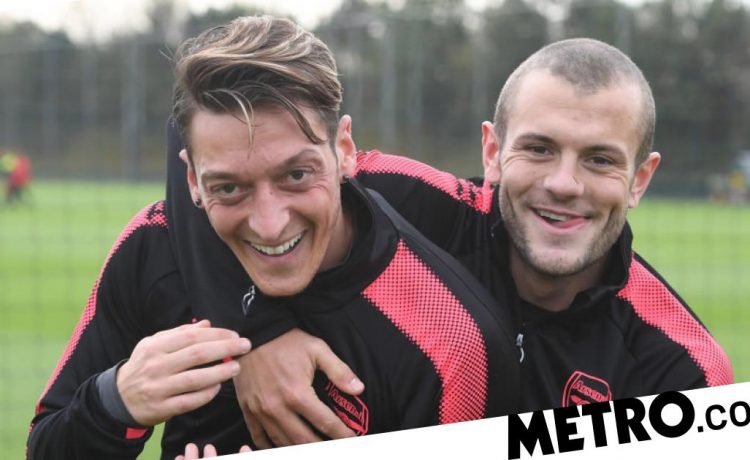 Former Arsenal midfielder Jack Wilshere believes Mesut Ozil could still be a ‘big’ player for the club if Mikel Arteta opts to end his banishment.

The German is yet to make an appearance for the Gunners this season and he was excluded from the side’s Premier League and Europa League squads.

Ozil is Arsenal’s top earner on £350,000-a-week but his contract expires at the end of the season, though Arteta would prefer to cash in on him in January.

However, Arsenal’s lack of creativity has resulted in the side scoring just ten goals this term – an average of just one a game.

Wilshere believes the Germany international would provide the spark that Arsenal are lacking in attack.

Asked what Arsenal are missing at the moment, Wilshere told Sky Sports: ‘It’s difficult to put your finger on it. I would love to see Ozil playing in that team with Arteta. It’s obviously not happening at the moment.

‘I think he would be a big player in that team. He can get on the ball and feed the likes of Aubameyang and Lacazette but that’s not really happening at the moment.’

Much has been made of Ozil’s sudden exile from the Gunners’ squad and many supporters are baffled that a player of such playmaking ability is being left out, particularly given the side’s struggles in attack.

Wilshere insists he hasn’t spoken to Ozil about the reasons for his exile but says the truth will come out ‘one day’.

‘I haven’t [spoken to Ozil about the situation,’ Wilshere continued.

‘I’m not sure to be honest. All I can do is comment on him as a player and I loved playing with him as he’s a top, top player.

‘It’s shame but what’s happened has happened. No one knows but I’m sure everyone will find out one day.’

Wilshere is a free agent after leaving West Ham United at the start of the season.

The midfielder has been linked with a sensational return to Arsenal in some quarters, though Arteta was coy about the link when he was questioned in a recent interview.

Wilshere admits he’d jump at the chance to return to the Emirates but accepts it’s unlikely.

‘I’m an Arsenal man so if the opportunity came then of course I’d love to and I’d jump at the chance,’ said Wilshere.

READ  Liverpool: Everyone can celebrate the situation apart from us, says boss Jurgen Klopp
Share on FacebookShare on TwitterShare on PinterestShare on Reddit
newsgrooveDecember 3, 2020