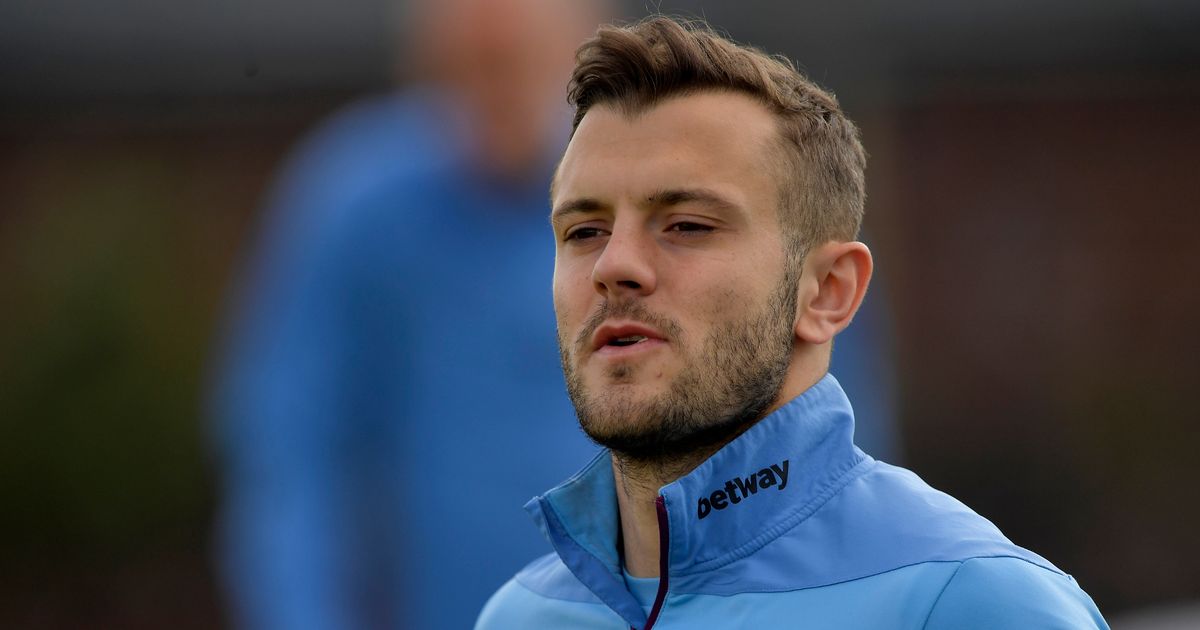 Jack Wilshere is taking the first steps into following Frank Lampard and Steven Gerrard into management.

The West Ham midfielder still has a lot to offer as a player but loves the game so much that he is already thinking about how he will stay in football after his playing days.

Wilshere, 27, is taking his coaching badges, is involved in a football academy, the Jack Wilshere NCF Elites, and that has been such a success that a film, Dare To Dream, has been made of their journey to the prestigious Gothia Cup youth tournament earlier this year.

He took his first steps by working with Arsenal’s academy before he left 18 months ago, is now taking sessions with kids and can already see himself taking a similar path to some of his former England team mates.

Wilshere, who has already started taking his coaching badges, said: “When I talk about what I want to do after my playing career, what interests me is the development of kids, more than management. I like coaching and giving advice to kids.

“It is rewarding. I know Steven Gerrard started working with Liverpool’s youth team, used that as a stepping stone and some players are different. Frank Lampard is at the top already. I see myself going into coaching kids, going into an academy and see if I enjoy it.

“When you go out of a playing career for 15 years, there’s a lot of pressure, travelling away and it would be nice to spend a bit more time at home with my family but I definitely want to do some kind of coaching.

“I look at Lampard and Gerrard, people like that and I think: ‘wow – fair play to you.’

“They’ve gone into a pressure situation where they are coaching, they are working but they also have to win games and that’s even more pressure.

“There’s maybe a little less pressure working with kids where winning is not everything, your goal is to develop players, get them ready for the next step. That’s what interests me first, but then things change.

“Lampard did great at Derby but probably didn’t expect to be at Chelsea this soon and he’s doing unbelievably well. Things change and things come up, you never know.

“I’ve got a few years left playing, but it will be interesting to speak to Steve or Frank and see how young or how early they were thinking about being a coach, they probably were about my age because it takes a while to get your qualifications.

“I want to keep it ticking over with the Elites, getting more experience with your coaching because you’re then ready when you finish.”

Wilshere certainly has no intention of hanging up his boots any time soon but was keen to team up with former Arsenal coach Paul Johnson and NCF director Nick Cook in their coaching school.

The Dare To Dream film was shot over the past few months and Arsenal legend Nigel Winterburn, World Cup winner Per Mertesacker and Wilshere all attended the premiere and awards ceremony this week.

Ex-Arsenal midfielder Wilshere certainly has no intention of finishing his playing career any time soon but, as one of the most gifted players of his generation, he is keen to pass on his knowledge to the stars of tomorrow.

His love of the game has never diminished and, despite injuries and setbacks, he has also never shirked a challenge and that never-say-die determination and desire is priceless.

Wilshere said: “It’s like an addiction. The pressure of putting yourself in front of everyone, showing everyone what you can do. I like doing it.

“I thought I was going to do it a little bit more this year, but I’ve still got it in me, I’ve still got that hunger in me to want to get out there and prove in training that I can help the team and then it’s down to the manager.

“I still feel like I’ve got something to give to the game. I’ve been around for a while and I’m not young anymore. I’m not old. But I’m at the stage of my career where I want to play games and I want to try and do that at West Ham if it’s possible. Try and get back in the team.

“I’m focused on getting back in the team, playing some games and helping the team because we haven’t been doing that great, but we’ve got a good squad, good players and we just need it to click and we need to win games. It’s as simple as that.”