J.J. Abrams Explains Why Star Wars 9 Absolutely Had to Bring Back Emperor Palpatine 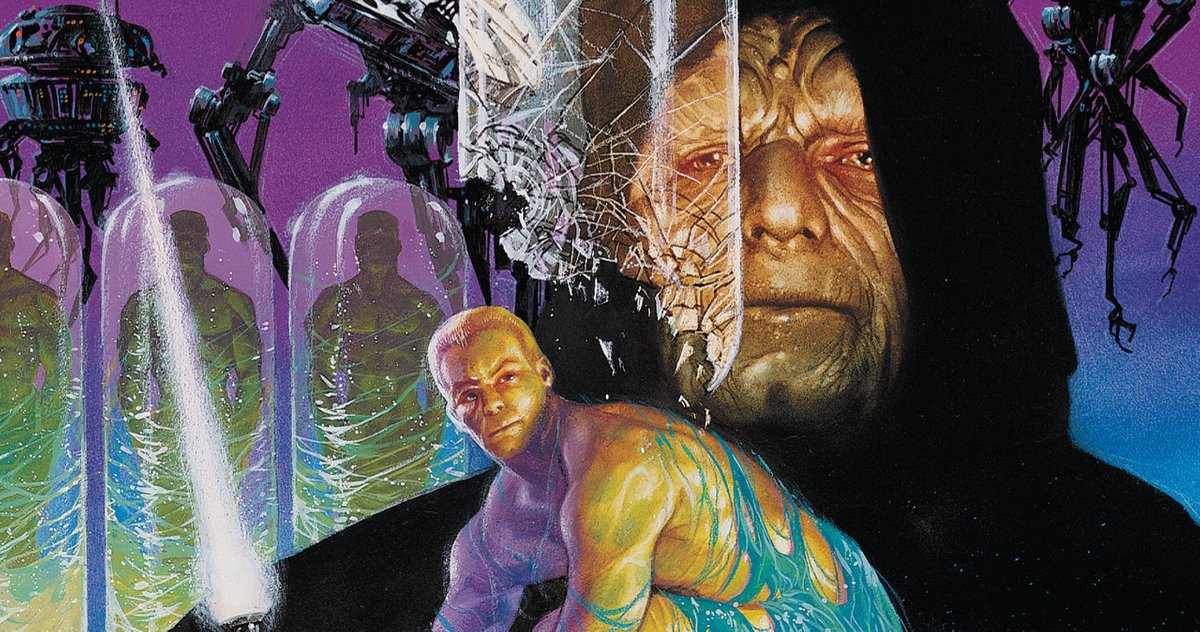 J.J. Abrams is ready for Emperor Palpatine’s return in Star Wars 9. The director says the villain’s absence from the sequel trilogy would have been “weird.” Star Wars fans were blown away to hear that iconic cackle at the end of the first trailer for the final installment in the Skywalker Saga. We all saw Return of the Jedi and witnessed Palpatine get thrown down the Death Star’s reactor by Darth Vader. How did Abrams find a way to bring him back?

Obviously, J.J. Abrams isn’t going to explain how he brought back Emperor Palpatine for The Rise of Skywalker. “Yes, Palpatine is in this movie. I don’t want to talk about what that is and how,” says Abrams, as he notes that he wants fans to be able to experience the movie without spoilers. However, he had quite a lot to say about why he brought the villain back. He explains.

“Well, when you look at this as nine chapters of a story, perhaps the weirder thing would be if Palpatine didn’t return. You just look at what he talks about, who he is, how important he is, what the story is – strangely, his absence entirely from the third trilogy would be conspicuous. It would be very weird. That’s not to say there was a bible and we knew what happens at every step. But when Larry Kasdan and I worked on The Force Awakens, we didn’t do it in a vacuum. We very purposely looked at what came before. We chose to tell a story that touches upon specific things and themes and ideas that we’ve seen before, to begin a new story. But we examined all that came before to ask where does this feel like it’s going?”

When J.J. Abrams was working on The Force Awakens, that was supposed to be it. He would work as a consultant with Rian Johnson and Colin Trevorrow, but he certainly didn’t plan on coming back for what would become The Rise of Skywalker. With that being said, Trevorrow left over creative differences and Abrams was brought back on board. Abrams had this to say about coming back and fitting Emperor Palpatine back into the story.

“So there were discussions about that at the time. Yet, like any beginning, you want to put the threads in, but you don’t want to necessarily be literal about everything. And then when Rian was brought on to do The Last Jedi, we met and we talked about things and he wrote his story. And when I read the script, I realized this didn’t get in the way of anything Larry and I talked about that I thought I’d get to. There were some very specific things we did get to do in this movie that we were laughing and going, ‘Oh my god, we’re finally doing that thing we talked about five years ago.’

Though J.J. Abrams is usually very secretive about his projects, he seems less guarded with The Rise of Skywalker. The director says that it isn’t something he consciously thought of, though he is aware of it now. “But I do feel about this movie, because it is the end of something everyone knows – I don’t want to be coy. I feel very confident about what the movie is,” declares Abrams. And for the most part, Star Wars fans do know what they’re getting into this time around.

The Rise of Skywalker is less than a month away from hitting theaters and fans are ready to see if any of their favorite theories ended up as a reality. J.J. Abrams says that he went back and looked at the history of Star Wars, does this mean we could see some elements of Clone Wars or Rebels thrown into the mix? For now, we’ll just have to wait and see. The interview with Abrams was originally conducted by Uproxx.