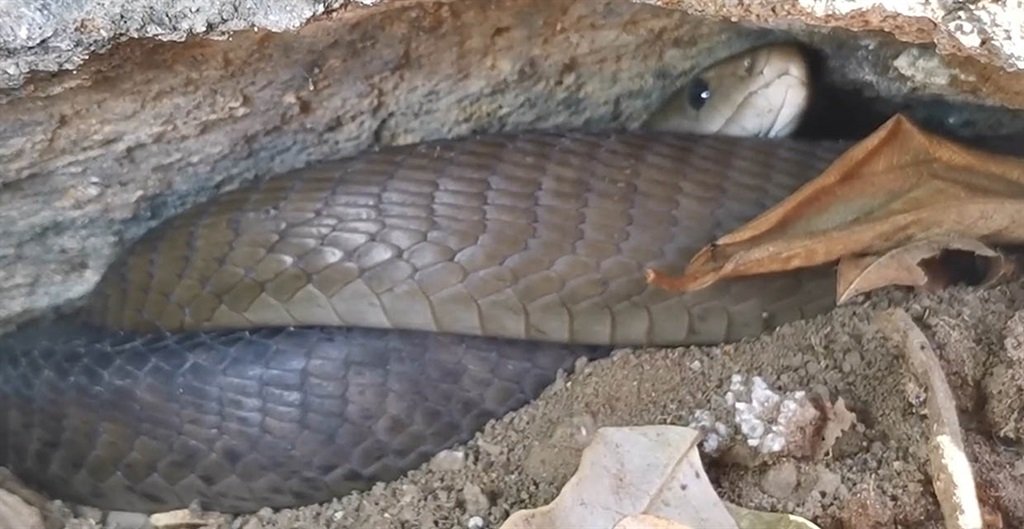 Veteran snake rescuer Nick Evans had his hands full when he battled an army of ants during a mamba rescue in KwaZulu-Natal.

The Western Cape Health Department (WCHD) has urged residents to be extra cautious when out and about as snake season has officially started.

Higher numbers of snake bites are reported between October and April as temperatures increase and snakes become more active.

“Most snakes found in South Africa are harmless and beneficial in the ecosystem. However, the Poison Information Helpline of the Western Cape (PIHWC) urges people to watch their steps and pay close attention while enjoying outdoor activities during this time of the year,” said the department.

Snakes are usually not aggressive and will only bite when provoked. However, residents have been asked not to approach the reptiles on sight.

Dr Carine Marks, director of the Tygerberg Poison Information Centre, said before embarking on a hike, climbing, mountain biking, or camping trip, residents should find out where their nearest medical facility is located and make a note of the telephone number.

What to do if bitten

“If bitten by a snake, get the patient to a medical facility as soon as possible. Phone ahead to notify them of the arrival of a snake bite victim. In most cases, you have a couple of hours before serious life-threatening symptoms manifest themselves,” said Marks.

Marks said if alone, people should keep calm and not walk too fast or run as it speeds up the distribution of venom.

“Do not suck the bite site and do not apply a tourniquet,” she added.

She said wide crepe bandages were only recommended in suspected neurotoxic bites (mamba or Cape cobra). The bandage should be applied firmly (as tightly as for a sprained ankle) above the bite site to slow the spread of venom to vital organs such as the heart and lungs.

“The life-threatening neurotoxic effects of the mamba and Cape cobra bites, such as difficulty breathing, develop within 30 minutes to four hours.”

She said if you are more than two hours away from medical assistance, respiratory support like mouth-to-mouth resuscitation may be necessary.

“The life-threatening effects of a cytotoxic snake bite, e.g. puff adder bites, develop late – after six to 24 hours. Comforting and reassuring the patient is a very important part of the first aid treatment,” Marks added.

She said providing a good description, or a photo of the snake would help in identifying the type of anti-venom needed for treatment.

“Anti-venom should only be administered by trained medical staff in a medical facility,” Marks said.

Most snakes found in South Africa were harmless and beneficial to the ecosystem. However, the PIHWC has urged residents to pay close attention while enjoying outdoor activities during this time of the year.

Snake bites usually occur when a snake is frightened, feels endangered, and is forced to react in self-defence.

The PIHWC said they received many calls regarding snake bites every year.

Never miss a story. Choose from our range of newslettersto get the news you want delivered straight to your inbox.