NewsGroove Uk
NewsGroove Uk > Science > It's not too late to save the Earth's oceans by 2050, scientists say
Science

It's not too late to save the Earth's oceans by 2050, scientists say

The world’s oceans and Earth’s marine life can be saved by 2050, scientists claim, but substantial rebuilding efforts will be required.

An international team of researchers say humanity is at a point at which it must choose whether to leave future generations a resilient, vibrant ocean or an ‘irreversibly disrupted’ one.

The team’s study lays out the essential roadmap of actions needed for the planet’s marine life to recover in full within 30 years.

This is based on the spectacular recovery of the humpback whale, which was brought to the brink of extinction in the 1960s but recovered by 2015 thanks to conservation efforts.

Protecting species, restoring habitats, reducing pollution and mitigating the worse of climate change by reducing global greenhouse gas emissions are all major tasks that lie ahead, the researchers conclude.

Success also depends on the support of a committed partnership of global governments and ‘a substantial commitment of financial resources’, they warn. 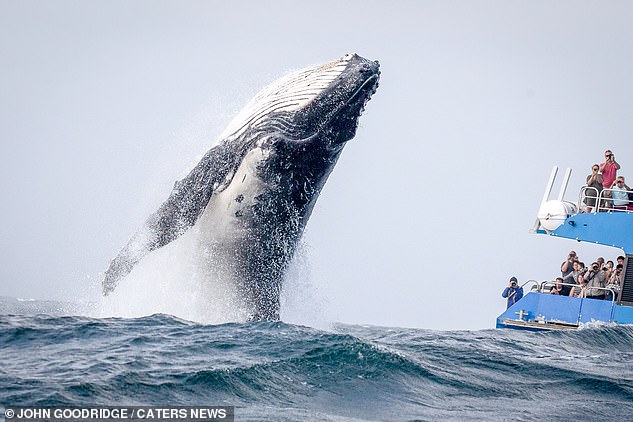 A giant humpback whale off of Australia’s eastern coastline. Humpbacks decreased in numbers in the 1960s to just a few hundred in the wild, but recent conservation efforts have led to numbers of more than 25,000

‘We have a narrow window of opportunity to deliver a healthy ocean to our grandchildren’s generation, and we have the knowledge and tools to do so,’ said co-leader of the study Professor Carlos Duarte at the King Abdullah University of Science and Technology (KAUST) in Saudi Arabia.

‘Failing to embrace this challenge, and in so doing condemning our grandchildren to a broken ocean unable to support high-quality livelihoods, is not an option.’

The study, published in the journal Nature, lays out the essential actions required for the planet’s marine life to recover by 2050.

It documents recovery of marine populations, habitats and ecosystems following past conservation interventions, and provides evidence-based recommendations on possible solutions. 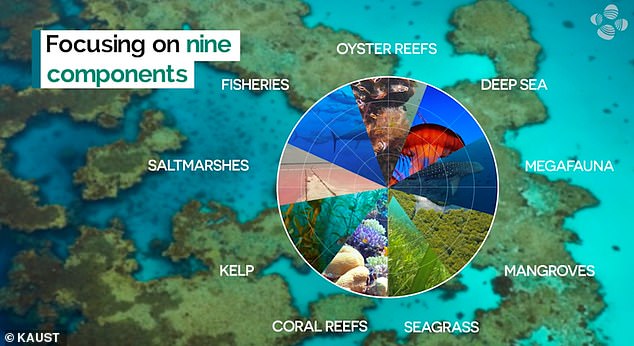 Although humans have greatly altered sea life to its detriment in the past, the researchers found evidence of the remarkable resilience of marine life.

They noted steep losses of life throughout the 20th century to a slowing down of losses, and in some instances even recovery, over the first two decades of the 21st century.

This includes particularly spectacular cases of recovery, such as the humpback whale, which was brought to the brink of extinction in the 1960s, with just a few hundred surviving in the wild, a result of commercial whaling.

However, conservation efforts and the introduction of the Endangered Species Act saw the humpback population almost totally recover by 2015, to more than 25,000.

The study authors reckon the recovery of marine life can be accelerated to achieve substantial recovery within two to three decades for most components of marine ecosystems. 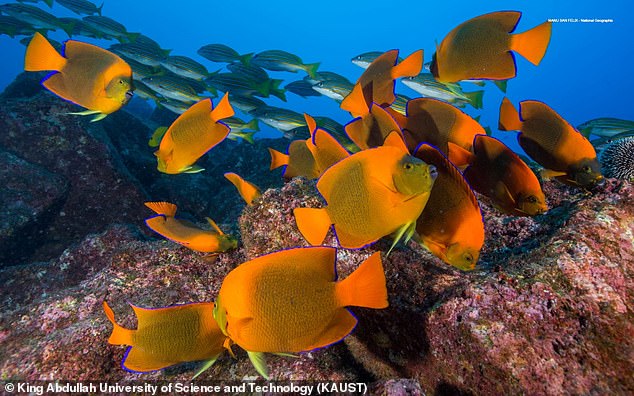 ‘The actions recommended include opportunities, benefits, possible roadblocks and remedial actions, giving a tangible roadmap to deliver a healthy ocean that would provide huge benefits for people and the planet.

‘If all recovery wedges are activated at scale, recovery timescales of previously damaged marine life show that the abundance of marine life can be recovered within one human generation, or two to three decades, by 2050.’

However, the impact of climate change already limits the scope for rebuilding tropical corals to only a partial recovery. 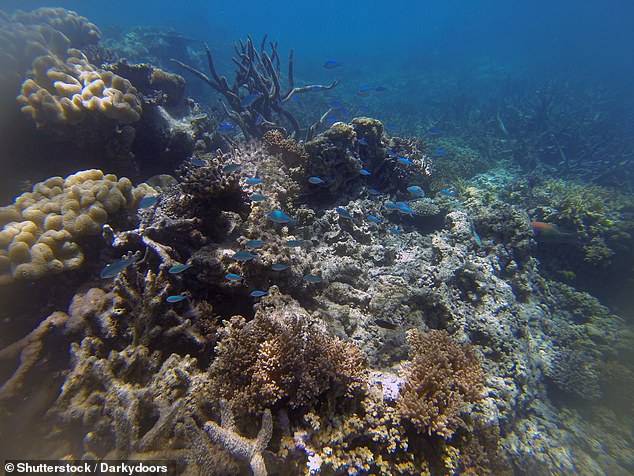 Overall, the goal of rebuilding the abundance of marine life can only succeed if the most ambitious goals within the Paris Agreement are reached.

Success largely depends on the support of a committed, resilient global partnership of governments and societies aligned with the goal.

It will also require a ‘substantial commitment of financial resources’, but these will be worthwhile as the ecological, economic and social gains from rebuilding marine life will be far-reaching.

The study brought together the world’s leading marine scientists, working across four continents, in ten countries from 16 universities, including the University of York.

WHAT IS THE PARIS AGREEMENT?