It's a Sin: HIV symptoms, myths and how to book a test in Scotland 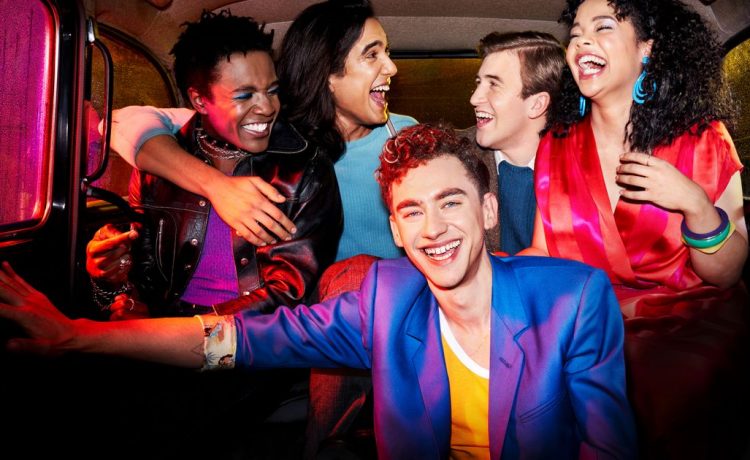 Channel 4 show It’s a Sin has gone down in history as one of the most binged series ever in the UK.

Thousands of Scots have tuned in to watch the programme which follows a group of friends during the AIDS crisis in the 1980s.

The show has been praised for its true-to-life depiction of the early days of the virus and the impact it had on the LGBTQ+ community during that decade.

Sexual health charity Terrence Higgins Trust says that the number of people being tested for HIV has increased significantly since the programme first aired earlier this year.

Olly Alexander, who plays Ritchie Tozer in It’s a Sin, urged fans to get tested for the virus to mark National HIV Testing Week this week.

He shared a video earlier this week noting the differences in how treatment has changed since the 1980s.

“That was AIDS then, and I’d like to talk about HIV now”, he said.

“There has been amazing progress in the fight against this virus, thanks to the early activists who fought for research, for funding, for humanity. People just like Jill in our show.

“This means today we have PrEP, a pull that you take to stop you contracting HIV. We have effective medication that stops you from getting sick if you’re HIV positive and stops you from passing it on to any partners.

“And unlike in 1985 it’s now super, super easy to order an HIV test, you can do it online and you can do it at home and get the results really quickly.

“So, whatever you do, this national HIV testing week, please make sure you order a test and remember that charities like Terrence Higgins Trust are there to support you with whatever you need, whatever your result.

“So let’s celebrate this amazing progress by taking a test and knowing our status.”

What are the symptoms of HIV?

People who are infected with HIV often experience a short flu like illness that occurs two to six weeks after infection.

After the initial symptoms disappear, HIV may often not cause any further symptoms for years but will continue to be active and causes progressive damage to your immune symptoms.

Daniel is a trends and advance content writer for the Daily Record.

Catching the symptoms early and getting treatment can prevent these problems from occurring and reverse them.

If you have several of these symptoms, and you think you have been at risk of HIV infection within the past few weeks, you should get a HIV test.

A YouGov survey of 2,075 in the UK recently found high levels of HIV stigma across the country.

Almost half of people said that they wouldn’t feel comfortable in kissing someone with HIV, while 38% would feel uncomfortable going on a date with someone who is HIV positive.

The Terrence Higgins Trust says that there is no risk of getting the virus through kissing, sharing utensils or other day-to-day contact.

HIV informational organisation Avert says that there is not enough HIV virus in other bodily fluids like saliva, sweat or urine to transmit it from one person to another.

Bodily fluids such as blood, semen, rectal fluids, vaginal fluids or breastmilk need get into someone else blood through a ‘mucous membrane’ – such as the lining of a vagina, rectum or the opening of the penis.

It can also be transmitted through the sharing of injecting equipment, or through broken skin, such as cuts or sores in the mouth or tears around the anus.

Where can I take a HIV test in Scotland?

You can also get a test at your local GP.

It is also possible to test yourself at home by ordering a postal test from the Terrence Higgins Trust for £15 – with a limited number being available for free.

You can send the test away for the results or get a self-test that shows the result in minutes.

HIVtest.scot also provides self-testing kits which tell you what your HIV status was 12 weeks ago These tests are free of charge, or if you can afford it, by donating £15 to help give more people the chance to get a HIV test at home.