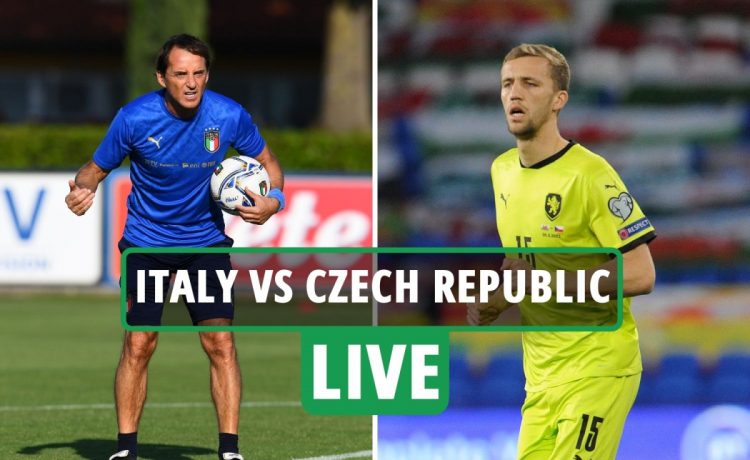 Welcome to our live coverage of the international friendly match between Italy and the Czech Republic at the Renato Dall’Ara Stadium ahead of the delayed Euro 2020 competition, where both nations will be competing.

Azzurri manager Roberto Mancini has called up Inter Milan ace Stefano Sensi even though the midfielder is still suffering from an adductor injury.

But ex-Manchester City boss Mancini is still dealing with some concerns as Lazio player Francesco Acerbi has been out with sprained ligaments.

Paris Saint-Germain star Marco Verratti is also raising some question marks as he still needs to overcome a knee issue, and is unlikely to start against the Czechs.

Chelsea duo Jorginho and Emerson Palmieri are now available for action after being involved in the Champions League Final last Saturday against City, but the former is offered some extra rest ahead of the summer’s Euros.

Czech Republic manager Jaroslav Silhavy will be missing Slavia Prague ace Lukas Provod as the midfielder is out with a knee injury.

And of course, Silhavy won’t have Slavia Prague player Ondrej Kudela available as the controversial defender is banned and serving a 10-match suspension for racially abusing Rangers midfielder Glen Kamara in March.

READ  Coronavirus: Russian side Zenit use drone to deliver award to Malcom during lockdown
Share on FacebookShare on TwitterShare on PinterestShare on Reddit
newsgrooveJune 4, 2021 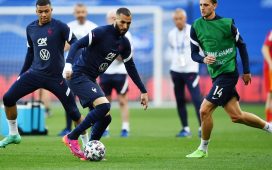