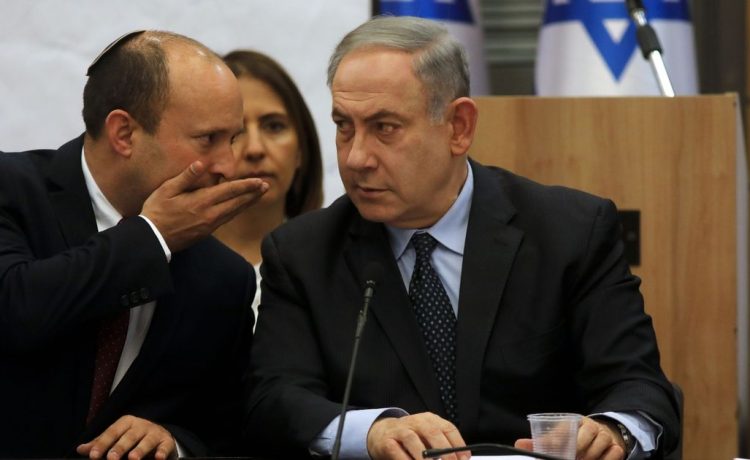 The state’s longest-serving Premier, who has been in power for 12 years, is fighting to stay in office after ultra-nationalist Naftali Bennett said he would form a coalition with a centrist party.

Mr Netanyahu, 71, urged fellow right-wingers not to back a deal.

He claimed it would be “the fraud of the century” and warned: “Don’t form a left-wing government.

“Such a gov­­ernment is a danger to Israel’s security and future.

“What impact will it have on Israel’s deterrent capability?

“How will we look to our enemies?

“What will they say in Iran and Gaza?”

Israel has been in political turmoil after four elections in two years failed to deliver a decisive victory.

After an election in March, Mr Netanyahu again could not secure coalition allies, as opposition leaders moved against him.

Centrist opposition chief Yair Lapid, 57, has now won support from Mr Bennett for a unique deal, in which Mr Bennett and Mr Lapid would take it in turns to be PM.

It must be finalised by 10pm tomorrow but Mr Lapid admitted “many obstacles” still remain.

He said: “We’ll have to overcome them together.

“That’s our first test – to see if we can find smart compromises.”

Earlier, Mr Bennett, 49, declared: “Mr Netanyahu is no longer trying to form a right-wing government because he knows full well that there isn’t one.

“He is seeking to take the whole national camp, and whole country, with him on his personal last stand.

“I will do everything to form a national unity government with my friend Yair Lapid.”

The move comes after a ceasefire was declared by Israel and the Palestinian militant group Hamas following 11 days of fighting which killed more than 250 people.

Mr Bennett is a former commando who entered politics in 2005.

In 2006 he became chief of staff to Mr Netanyahu, then in opposition.

He quit Mr Netanyahu’s Likud party in 2012 and was then elected leader of The Jewish Home party – entering a co­alition with Likud and so allowing his former ally to remain prime minister.