Is Xbox Live down?


Is Xbox Live down? If you’re struggling to sign in to play games online or browse the Xbox Store, your first thought will probably be to wonder if the problem is your internet access or Microsoft’s servers. Luckily, it’s usually quick and easy to figure out if Xbox Live is down for everyone, or if it’s just you having problems.

Widespread server outages for Xbox Live are relatively rare, which is good news – especially if you’re one of the people paying for an Xbox Live Gold subscription and finding the service you’re paying for isn’t even working.

So what do you do when you find that you can’t connect? Well, the first step is probably Microsoft’s official Xbox Live status page. This lets you know the server status of the various elements of the service, such as login, the store, music and video streaming, and the most important of all: online gaming. 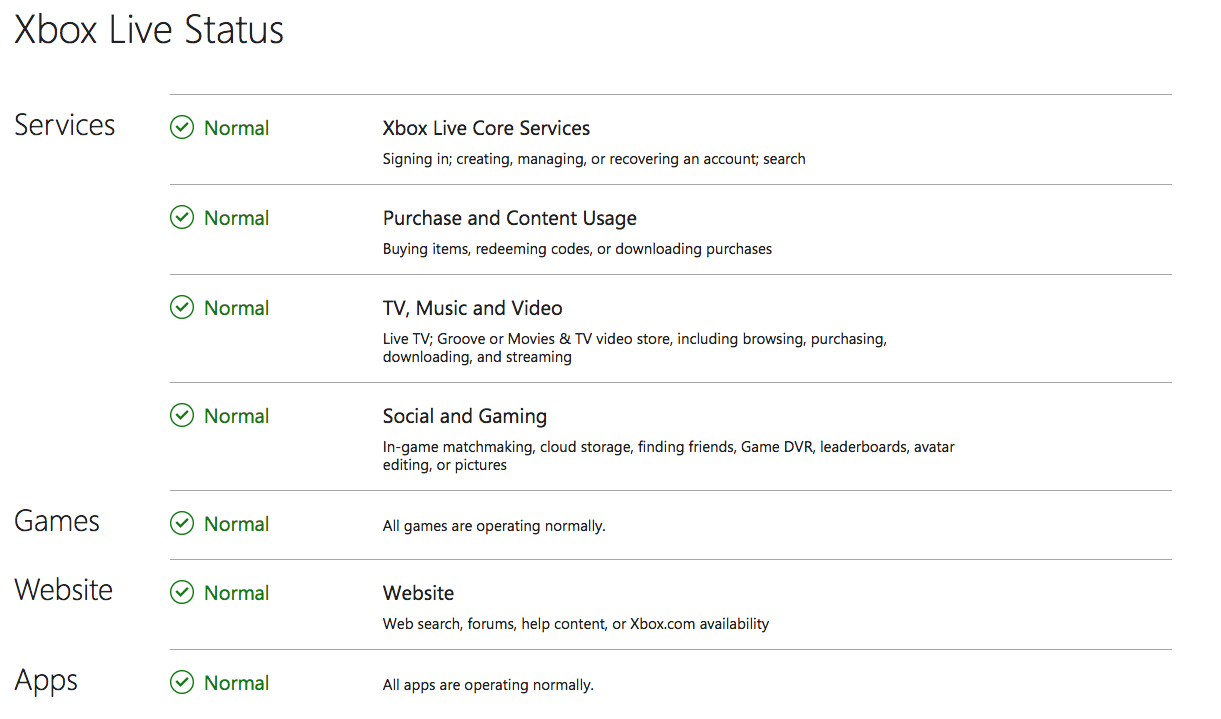 As of the time of writing, the status page shows that users are experiencing problems with creating, managing and recovering an account using Xbox Live. The good news is that if you can get past the sign-in page, everything should be operating normally.

The issue with the status page is that it doesn’t give you the in-depth info that you want when investigating Xbox Live issues, which is where the official Xbox Support Twitter account comes into play. This is regularly updated with service news and information on scheduled maintenance, and will frequently respond directly to questions or problems with Xbox Live, even helping you re-connect if you’re struggling.

If you’re having problems connecting to Xbox Live but Microsoft isn’t reporting any server issues, you might want to turn to other users to find out if anyone else has the same issue.

A quick Twitter search for #XboxLiveStatus will often show you if there are widespread problems for other people trying to access the Xbox servers, which can help you figure out if you’re all having the same problems.

If you want something a little more structured, Down Detector collects user data on service outages, so you can see how many people have been having problems over the last 24 hours, and which aspect of the service they’ve been struggling with.

Just remember that if you’re going by other users, they’re in the exact same boat as you, and might be mistaking a problem in their setup for an issue on Microsoft’s end. Though if there are lots of people complaining about service problems, it’s usually a safe bet that there’s something going on. 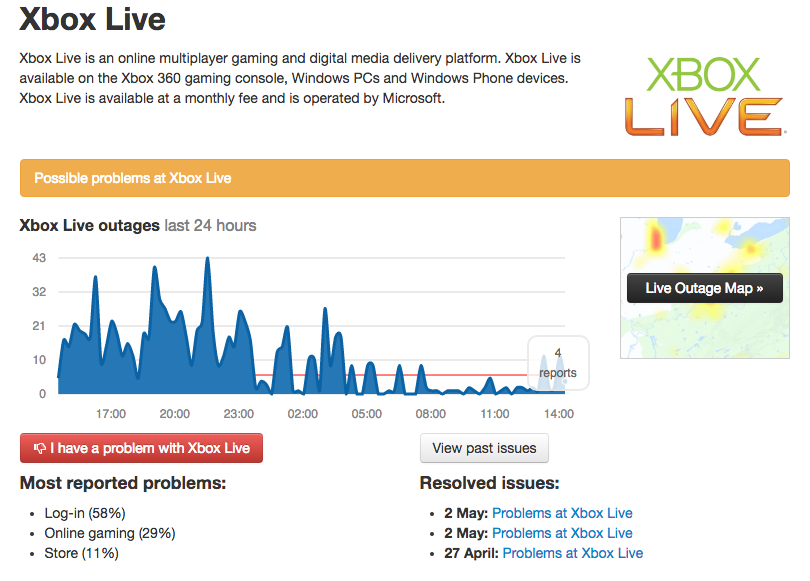 If Microsoft isn’t reporting an outage and other users aren’t having issues with the service then it’s very likely that the problem is local to you. If you’re unable to access Xbox Live on your Xbox One or Xbox 360, check if you can use the console’s web browser to access other websites – it could be that your console is simply having connection problems.

If your console can’t access the internet or Xbox Live, but Microsoft’s servers seem fine, you might need to change your NAT type – this can fix quite a few connectivity issues for the Xbox One.

You can also try accessing some of the other Xbox Live services, such as the store or account features, through a browser on your computer, phone or tablet to check if they’re operating.

If you’re still unable to reach Xbox Live, try again in a few minutes. It’s quite possible it could be a temporary issue or something has only just gone wrong.