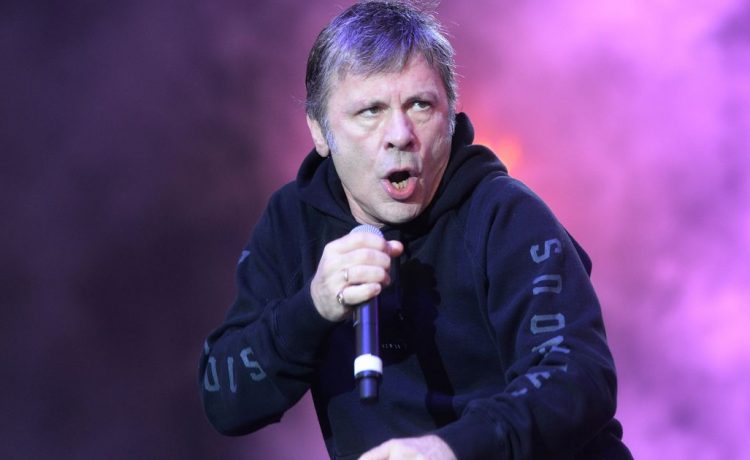 Iron Maiden star Bruce Dickinson is reported to have a secret love child who has claimed that he cut off all contact with her.

Now speaking to The Sun, 33-year-old Brittany Potts has claimed that she approached her father Bruce in 2010 and he hugged her, before he was overjoyed to meet her children the next day.

However, Brittany then claims that he cut her off entirely, refusing to respond to her attempts to contact him.

“All I wanted was for him to talk to me and he never did. He never gave me an explanation why,” alleged Brittany.

“I have felt shame because I was born as the result of an affair, he made me feel I’m something to hide. I’m angry because I still have questions he never answered when I met him.”

Brittany says that she is the daughter of Bruce and her mother Angela from their two-week affair in 1989. Angela was 17 and Bruce was in his 20s.

The paper reports that a blood test in the Nineties proved the paternity of Brittany, with child support cheques following at $1,500 a month plus extra financial support for health and education.

Brittany said she wondered if Bruce’s second wife Paddy persuaded him to cut her off, while Paddy’s will specifically stated that Brittany and her children would not receive any provisions in the event of her death, which happened last May.

Brittany explained: “I felt confused by the will but it means I am now recognised as his daughter. By putting me in the will she has confirmed that.

“I just want to know if Bruce is really cold-hearted, or was it about Paddy and protecting her?”

After their initial 2010 meetings, Brittany said she stayed in touch with Bruce via email but it changed after she met with Bruce and Paddy’s son Austin in 2012.

She claimed that Austin never replied to her text after the meeting, while Bruce cut off contact.

Brittany says she believes she has inherited her father’s ability to sing and is planning to change her surname from Potts to Dickinson.

On her Instagram account, Brittany also refers to herself as Nikki Dickinson and describes herself as “Professional singer for 10 years”, “Mom of 2 boys” and “Estranged Daughter of Bruce Dickinson”.

Bruce had reportedly split from Paddy in 2019 after their 30-year marriage, with Paddy dying at home from an accident last year.

Bruce is believed to now reside in London with his girlfriend Leana Dolci.

Representatives of Bruce Dickinson declined to comment when approached by The Mirror.