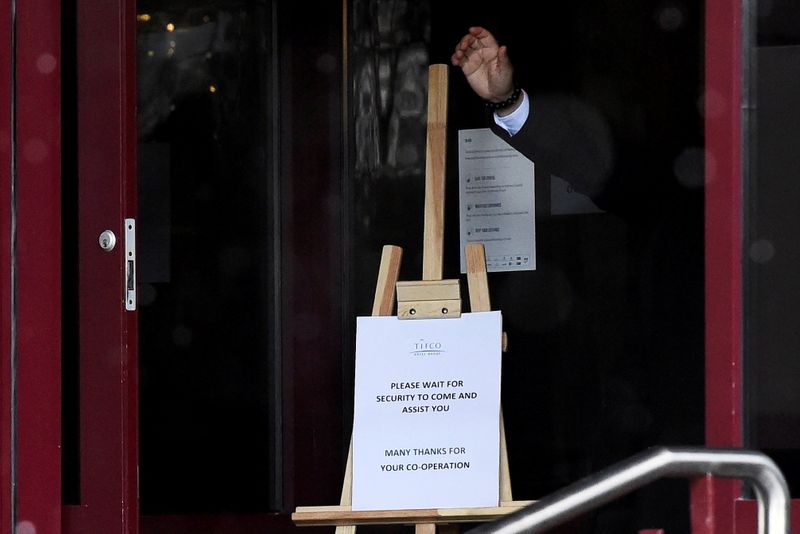 DUBLIN (Reuters) -Ireland added the United States, Canada, Belgium, France and Italy to its list of countries where arrivals will be subject to mandatory hotel quarantine, tightening some of Europe’s toughest travel restrictions to try to stop the spread of COVID-19.

Ireland, the only one of the European Union’s 27 countries to introduce a hotel quarantine, announced it will also require all arrivals to have booked a COVID-19 test for five days after landing in addition to one taken in the days before travelling.

It followed neighbouring Britain in bringing in the regime for people from countries deemed “high risk” or those without a negative COVID-19 test. However, Britain has so far resisted calls for the inclusion of some European countries.

A strict lockdown in Ireland since late December has turned one of the world’s highest incidence rates of COVID-19 into one of Europe’s lowest.

Elsewhere in the continent, Norway requires a forced stay in a quarantine hotel for at least a week for anyone coming from abroad who does not own property, or can borrow the use of a property, in the country.

Israel, Albania and Saint Lucia were removed, having been added just over a week ago, meaning arrivals from more than 70 countries must quarantine for up to 14 days in a hotel room, or leave after 10 if they test negative for COVID-19.

READ  Keep down the costs of your well-earned holiday with our cash-saving tips – plus £9.50 holidays are back

The government initially stopped short of a recommendation by health officials last week to add a number of EU countries where large numbers of Irish nationals live, citing potential legal challenges around the bloc’s freedom of movement rules.

Hotel quarantine rules are planned to be in place for only a few months, Health Minister Stephen Donnelly said this week. Tourism groups have criticised the government for not providing an exit plan on how they would unwind the measures.

“We can see a permanent pathway out of this pandemic but can’t allow variants of concern to set us back on the progress we have made,” Donnelly said in a statement on Friday.