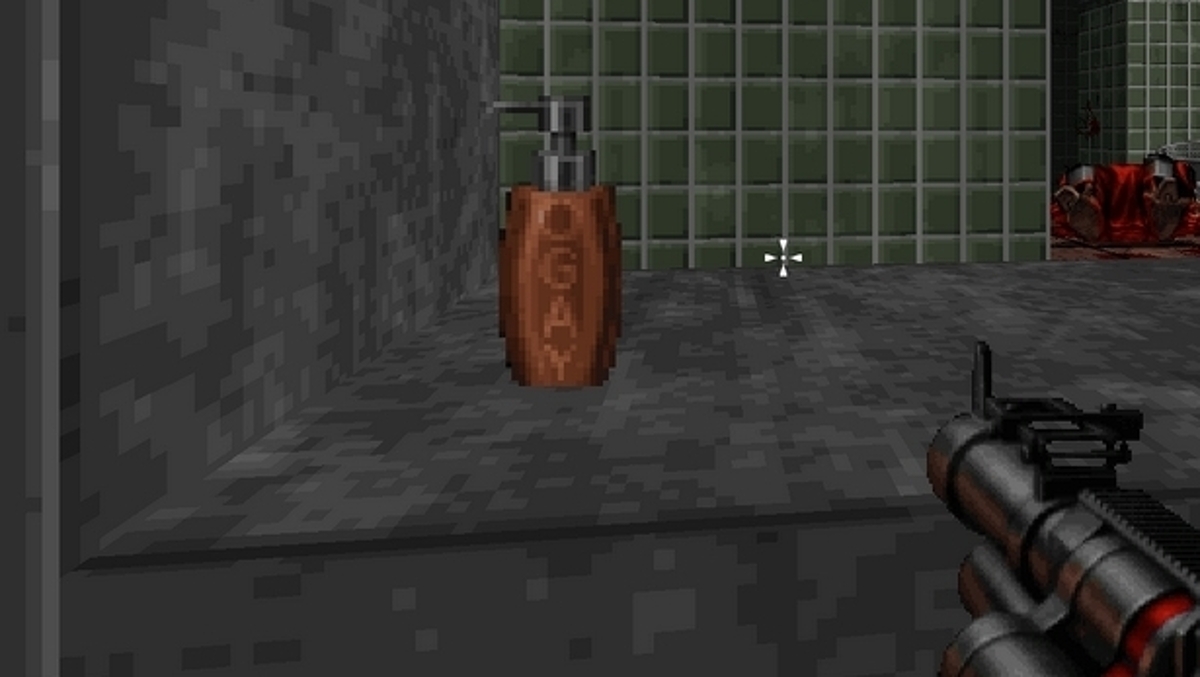 The developer of old-school first-person shooter Ion Fury has U-turned on its promise to pull a homophobic slur from the game amid a Steam review bomb.

“We recognise these statements are insensitive, unacceptable, and counterproductive to causes of equality,” the statement issued to Eurogamer continued.

“We unequivocally apologise both for these comments and language as well as for any pain they have caused the gaming community, particularly women and members of the LGBTQ community. We take full responsibility for any damage that has been done to the relationships we’ve worked so hard to build.”

In its original statement, Voidpoint added all employees and contractors would undergo mandatory sensitivity training, vowed to donate $10,000 from Ion Fury’s release day proceeds to The Trevor Project, an American non-profit focused on suicide prevention efforts in the LGBTQ community, and said it would patch Ion Fury “ASAP” to remove all “unacceptable language”.

The statement came after sexist and transphobic comments were made by staff in Ion Fury’s official Discord. Later, homophobic language was found in Ion Fury itself. One room in the game, accessed using a noclip cheat, displayed the word “fagbag”. Elsewhere, face wash bottles were found to include the homophobic slur “ogay” on their packaging.

Voidpoint’s statement was seen as a positive response, but now it’s issued a new statement that stresses the developer will not change the “ogay” face wash because “fuck censorship”, and called the original decision a “mistake”.

This statement, which is billed as a joint statement from Voidpoint and 3D Realms, continues:

“We will absolutely NOT be censoring Ion Fury or any of our other games, now or in the future, including but not limited to by removing gags such as gaming’s most controversial facial wash.

“We do not support censorship of creative works of any kind and regret our initial decision to alter a sprite in the game instead of trusting our instincts. 3D Realms and Voidpoint stand together on this matter.

“Last but not least, please respect our need to keep our community forums clean from hateful messages, spam, or off-topic threads. We recognise our mistake and have received your message loud and clear!”

Voidpoint’s new statement comes amid a Steam review bomb of Ion Fury from users who accused the developers of censorship.

Ion Fury carries a “very positive” user review rating on Steam overall, but more recently this dropped down to “mostly positive”. One negative review, posted by a user called Broseph Joseph, who has 0.1 hours of playtime with the game, accused publisher 3D Realms of folding to “the demands of bullies”. Over 4000 people found this review helpful, according to Steam. As you’d expect, Ion Fury’s latest statement is being praised by Steam users.

It appears the word “fagbag” was removed from Ion Fury, but “ogay” remains. Answering criticism on Twitter, the people behind the Voidpoint account said the studio would still donate to The Trevor Project, and claimed “fagbag” was a “legitimate error” by a developer who doesn’t live in an English-speaking country.

“It wasn’t a joke, political statement, or anything else,” Voidpoint said. “I asked him if it would be offensive in his country, he said no, I believe him. He removed it.”

The “fagbag” thing is a legitimate error made by a developer who doesn’t even live in an English-speaking country. It wasn’t a joke, political statement, or anything else. I asked him if it would be offensive in his country, he said no, I believe him. He removed it.

Voidpoint’s current anti-censorship stance contradicts a tweet from 20th August in which the developer said “we didn’t really censor anything, though”.

“We’re swapping one joke for another one that fits the game world better and deleting some bullshit a dev accidentally left outside of the playable area on a map (you had to noclip to find it).”

We didn’t really censor anything, though. We’re swapping one joke for another one that fits the game world better and deleting some bullshit a dev accidentally left outside of the playable area on a map (you had to noclip to find it).

“We at 3D Realms spoke with Voidpoint today and they reaffirmed their commitment to honouring their original statement, including the donation to The Trevor Project and sensitivity training. However, the soap bottle will not be removed.

“The use of the word ‘f*gbag’ in an area that was inaccessible without hacking the game, and was added by one developer without approval from anyone else, was removed a few days ago. We once again apologise for this text as it does not reflect the values of 3D Realms or Voidpoint.

“Jokes at the expense of marginalised communities will not be present in future games published by 3D Realms. However, a portion of our community made it loud and clear they felt removing ‘Ogay’ was censorship and should be protected by free speech. Voidpoint wanted to listen and we respected this decision.”