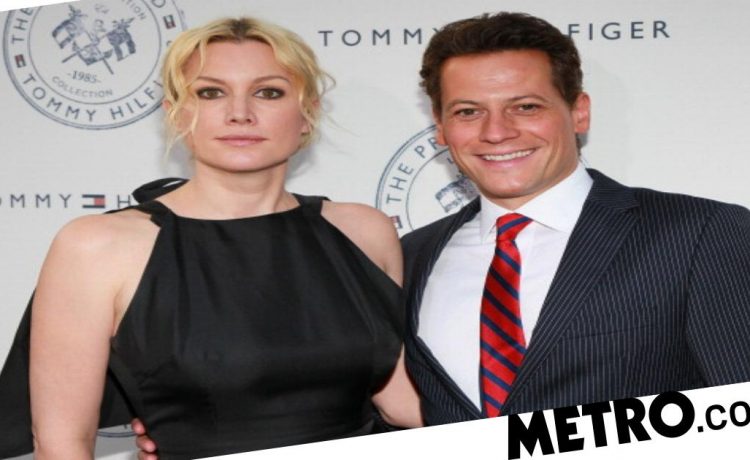 Ioan Gruffudd has reportedly left his wife of 13 years Alice Evans, telling her he ‘no longer loves’ her.

In a now-deleted tweet, 102 Dalmatians star Evans shared that the Liar star had ‘announced he is to leave his family, starting from next week’.

The 49-year-old tweeted: ‘Sad news. My beloved husband/soulmate of 20 years, Ioan Gruffudd, has announced he is to leave his family, starting next week.

‘Me and our young daughters girls are very confused and sad [sic]. We haven’t been given a reason except that he ‘no longer loves me.’ I’m so sorry.’

The couple met on the set of the 2000 film 102 Dalmatians, when Evans was engaged to Olivier Picasso, the great-grandson of Pablo Picasso.

Following the actress’s split from Picasso, Evans began dating Gruffudd, and in 2007, they tied the knot in Mexico after Gruffudd was given an ‘ultimatum’.

The Fantastic Four actor told the Independent: ‘Alice has been very patient with my procrastinating with my male ways!

‘She did give me somewhat of an ultimatum – a gentle nudge – which was the best thing she could do, really.’

The pair went on to have two daughters together, Ella Betsi, 11, and seven-year-old Elsie Marigold.

Their children were welcomed via IVF, with Evans writing about her expensive and difficult journey to motherhood, as she and her husband had put off having kids to take acting jobs.

She wrote for the Daily Mail: ‘The fact is that Ioan and I left it late – very late – to start our family. And the worst thing is, it was deliberate.

‘So we found ourselves playing a traumatic and expensive IVF lottery game that we were lucky to win.’

Evans last shared a picture of her husband on social media back in November, as she posted a snap of the actor asleep on the sofa with the family dog.

Gruffudd rarely posts on Instagram, but on Valentine’s Day 2019, he shared a picture of himself FaceTiming with his wife with the caption: ‘Happy Valentine’s Day my Angel! I love you to pieces forever and ever!’

The Welsh actor was most recently seen on the big screen in Ava alongside Jessica Chastain, while on television, he played Andrew Earlham in the ITV drama Liar.


MORE : JoJo Siwa reveals she was victim of swatting prank as ’50 police’ surround her LA home

READ  Shane Richie forced into I’m A Celebrity after going ‘literally skint’ during pandemic
Share on FacebookShare on TwitterShare on PinterestShare on Reddit
newsgrooveJanuary 26, 2021