Investors pull billions from UK on prospect of no-deal Brexit 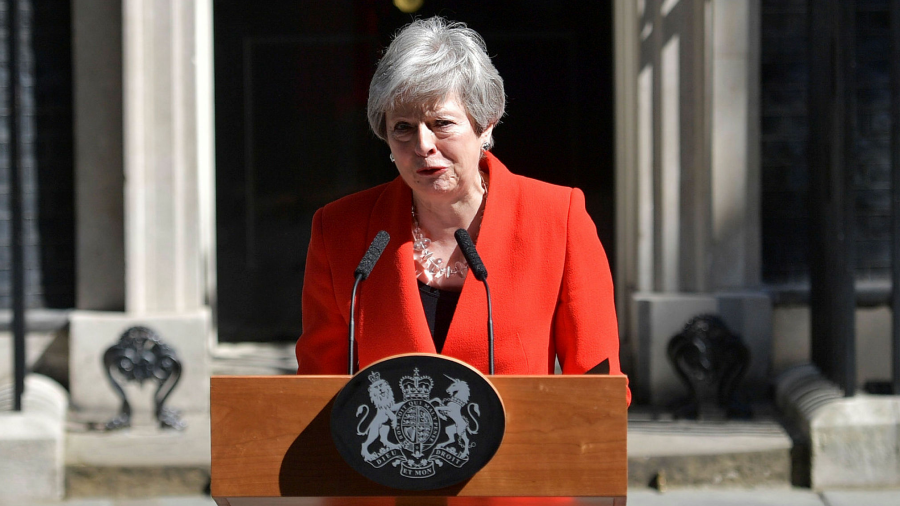 More than $4bn has been pulled from UK equity funds since Theresa May announced her decision to step down as Britain’s prime minister as fears mount that the UK is heading for a no-deal Brexit under her successor, Boris Johnson.

Investors have withdrawn $4.2bn from UK equity funds since late May, according to EPFR, a data provider. Outflows since the Brexit referendum in 2016 have climbed to $29.7bn.

Luke Ellis, chief executive of Man Group, the UK-listed hedge fund manager, said investors had put the UK into the “too hard to think about basket”.

“Boris must first resolve Brexit. It will always get in the way until he does,” said Mr Dwane.

Portfolio managers running 250 global equity funds with $450bn in assets have also reduced their UK exposure, with the average holding sinking to 7.9 per cent, according to Copley Fund Research.

This is below the trough reached immediately after the 2016 referendum and down from a peak of 11.5 per cent in 2011 when Copley started the survey. As much as $2bn has been withdrawn from the UK by this group of managers over the past six months.

The FTSE All-Share index has risen 20.5 per cent since the eve of the referendum in 2016, helped by sterling weakness to dollar earnings for many large international companies that are listed on the London market.

READ  What is HS2, when will it be completed and how much will it cost?

Arnab Das, a global market strategist at Invesco, said that the threat of a no-deal Brexit was increasingly being priced in by investors.

“The political dynamics have shifted from trying to negotiate unworkable compromises with the EU and within the UK parliament towards a fundamental reboot. That may lead to no-deal but there is also a significantly increased chance that there will finally be some sort of resolution to the thorny issue of Brexit itself,” said Mr Das.

Property funds, which invest heavily in commercial real estate, the value of which is sensitive to changes in the macro environment, have been hit by the Brexit unease.

Investors pulled £1.9bn from the products over the 12 months to the end of July, with outflows peaking around times of particular uncertainty, such as the original March 29 Brexit deadline.

Heavy withdrawals this year prompted the UK regulator to demand daily updates from asset managers amid fears of a potential liquidity crunch similar to that which prompted property funds to suspend trading in the months after the 2016 Brexit vote.