Inside The Actor’s Studio’s creator and longtime host James Lipton has died, aged 93.

In his 22 seasons hosting his iconic Bravo show, Lipton interviewed the greats of Hollywood, with nearly 300 stars joining him to answer questions about their craft in front of an audience of student actors.

From Angelina Jolie to Al Pacino, Halle Berry to Tom Cruise and Meryl Streep, Lipton was remarkably never turned down by an invited guest – bar the reclusive Marlon Brando. 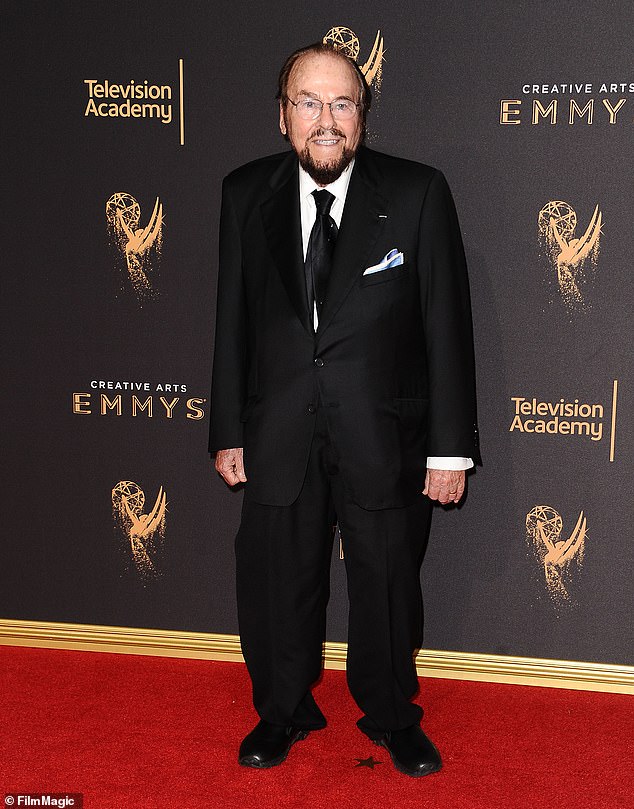 Inside The Actor’s Studio host James Lipton has died from cancer age 93; he is pictured in 2017

‘There are so many James Lipton stories but I’m sure he would like to be remembered as someone who loved what he did and had tremendous respect for all the people he worked with,’ his wife told TMZ on Monday.

Starting with Paul Newman, each hour-long show featured Lipton quizzing his guest in his own unique style about their work, in what doubled as a masterclass for Lipton’s students at the Actors Studio, where he was dean.

Many otherwise media-shy actors were willing to appear on Inside the Actors Studio because Lipton focused on their art and not the usual celebrity chatter or project promotion.

Lipton did all his own research, noting his questions on blue cards. His intricate and distinctive questions – he would ask ‘What is your favorite curse word’ and ‘If heaven exists, what would you like to hear God say when you arrive at the pearly gates’ – made him ripe for parody.

Throughout the 2000s he was regularly spoofed on Saturday Night Live by Will Ferrell, who held a stack of notecards a foot long. Lipton was amused, telling CNN in 2012: ‘I love it. It’s very flattering. I think he’s got me cold.’

One notable guest was Bradley Cooper, who first appeared on the show as a student in 1999, on Sean Penn’s episode. Cooper then returned in 2011, for his own interview.

‘The night that one of my students has achieved so much that he or she comes back and sits down in that chair would be the night that I have waited for since we started this thing,’ Lipton told Larry King in 2016. ‘It turned out to be Bradley Cooper.’ 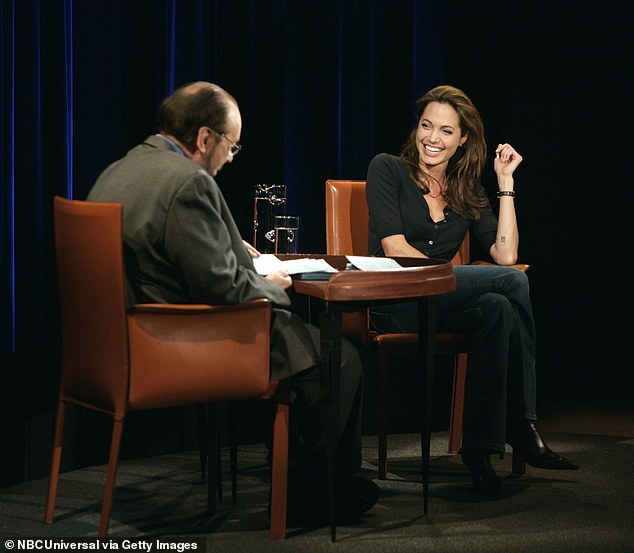 Starting with Paul Newman, each hour-long show featured Lipton quizzing his guest about their work, in a masterclass for Lipton’s student audience and viewers at home; here he is seen with Matthew McConaughey 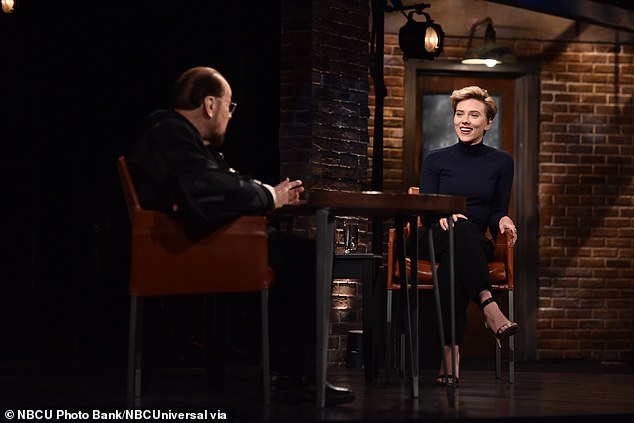 Sharing her craft: From Gwyneth Paltrow to Al Pacino, Halle Berry to Ben Affleck, Lipton was remarkably never turned down by an invited guest; here he is seen with Scarlett Johansson 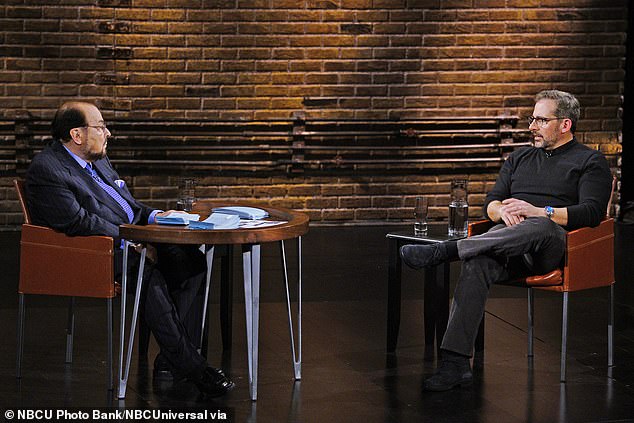 Throughout the 2000s he was regularly spoofed on Saturday Night Live by Will Ferrell; here he is seen with Steve Carrell 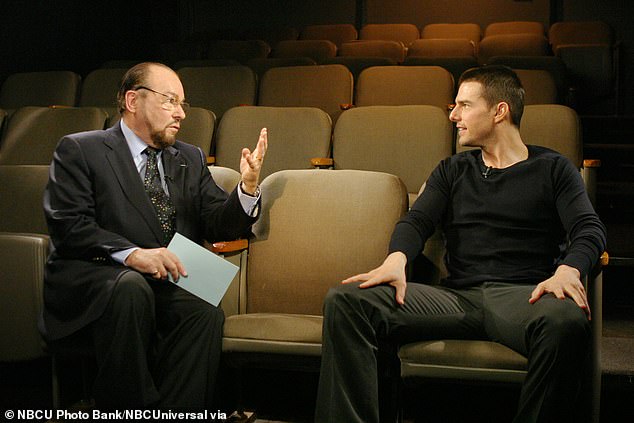 Never turned down: Lipton with the actor Tom Cruise in 2004 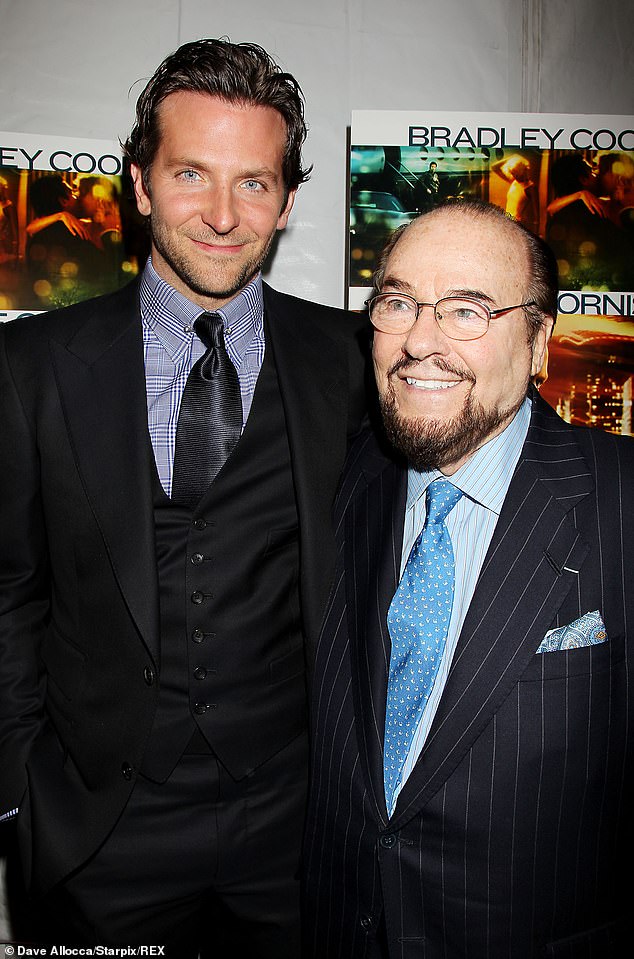 One notable guest was Bradley Cooper, who first appeared on the show as a student in 1999, on Sean Penn’s episode. Cooper then returned in 2011, for his own interview, as seen here

Talking to The Hollywood Reporter in 2016, Lipton said he never imagined that his show would be grow to be so popular.

‘If you had put a gun to my head and said, “I will pull the trigger unless you predict that in 23 years, Inside The Actor’s Studio will be viewed in 94 million homes in America on Bravo and in 125 countries around the world, that it will have received 16 Emmy nominations, making it the fifth most-nominated series in the history of television, that it will have received an Emmy Award for outstanding informational series and that you will have received the Critics’ Choice Award for best reality series host — predict it or die,” I would have said, “Pull the trigger.”‘

In 2018 Lipton stepped down from hosting the show, which moved from Bravo to Ovation, where it continues today.

While most well known for his work on the show, Lipton was also an accomplished writer and actor. 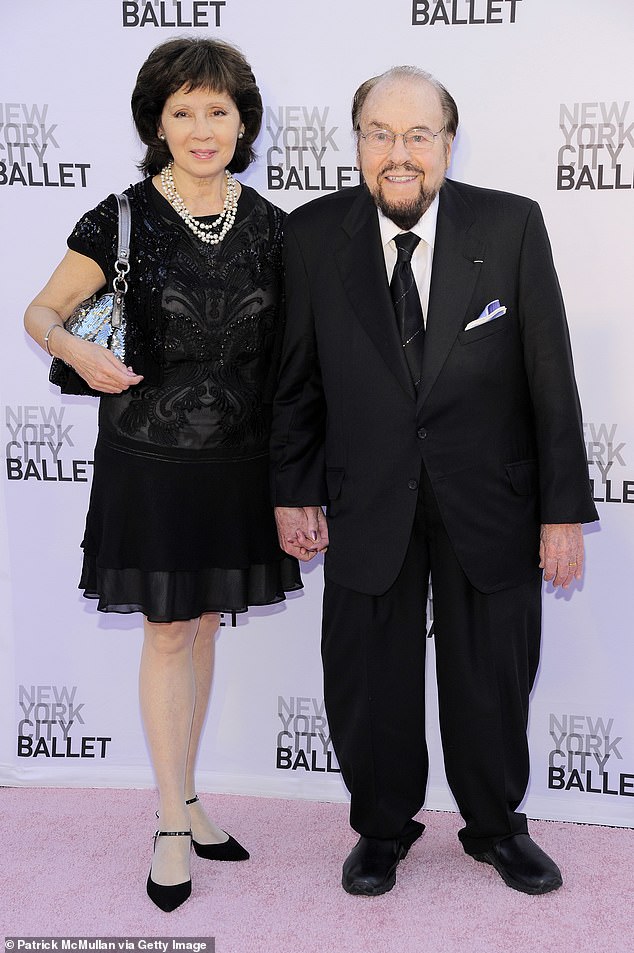 Paid tribute: Lipton is survived by his second wife, Kedakai Turner, a former model he wed in 1970; the two are seen in 2017

After serving in the U.S. Air Force during the Second World War, Lipton began training as a lawyer, while taking acting lessons on the side.

After realizing his passion lay in acting, he gave up his legal studies and found work in a series of television shows, including The Guiding Light, a Broadway play, and on the big screen in the 1953 film The Big Break.

Next, Lipton transitioned to writing, finding more success behind the screen. He was head writer on television shows including The Doctors, The Best of Everything, Another World, Capitol and Return to Peyton Place.

He also wrote Broadway shows and for a variety of television shows, including Bewitched and The Goldbergs.

When Inside The Actor’s Studio made Lipton a household name, he returned to his first love – acting.

He found roles in popular television shows such as Arrested Development, Glee, and Suburgatory, appeared in the film Bewitched, and his animated image was seen in The Simpsons and Family Guy.

As Lipton’s death was reported on Monday, tributes flooded in.

Fellow Bravo host Andy Cohen wrote on Twitter: ‘James Lipton was a warm, meticulous man with a great appreciation of the arts and wicked sense of humor. He was the face of Bravo who delivered us one-of-a-kind interviews with a breadth of superstars. He was always so kind to me.

‘When he found out how much I love Diana Ross, he insisted on taking me to see her in concert. He really cared about what he did. If you got booked on his show, it meant you’d made it, and had the talent to back it up. What a good guy. James Lipton will be missed.’

Ovation television, which has broadcast the show since 2019, said on Twitter: ‘We’ll miss him dearly, but we wish him peace as he arrives at those pearly gates.’

Lipton is survived by his wife of 50 years, Kedakai Turner, whose photo depicts Miss Scarlett in the Clue board game. 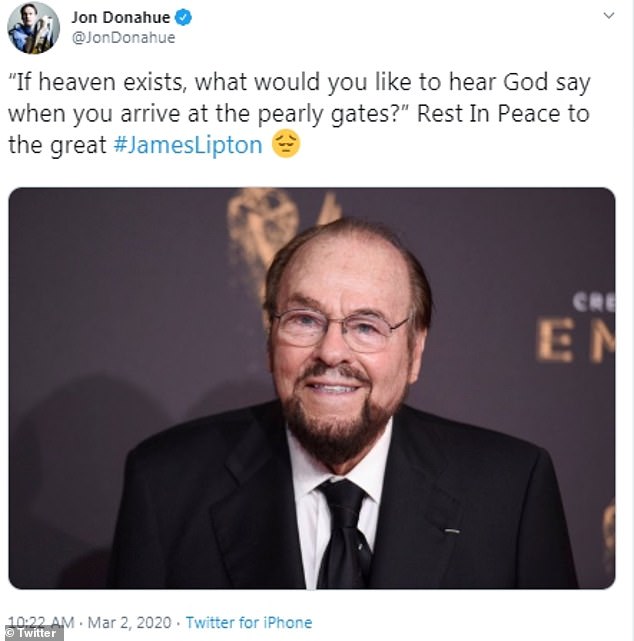 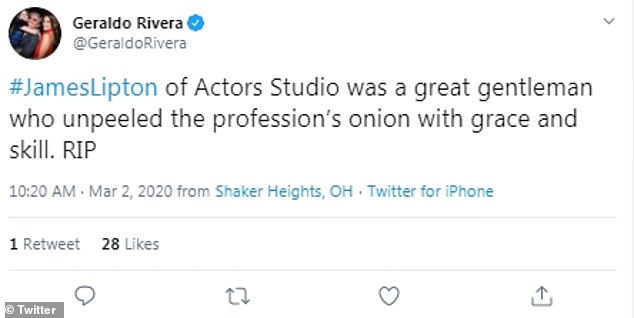 ‘A great gentleman’: Geralo Rivera was among those paying tribute

‘Thanks for the inspiration, sir’: The acting industry flooded social media with tributes

Remembered: The host was an inspiration to many 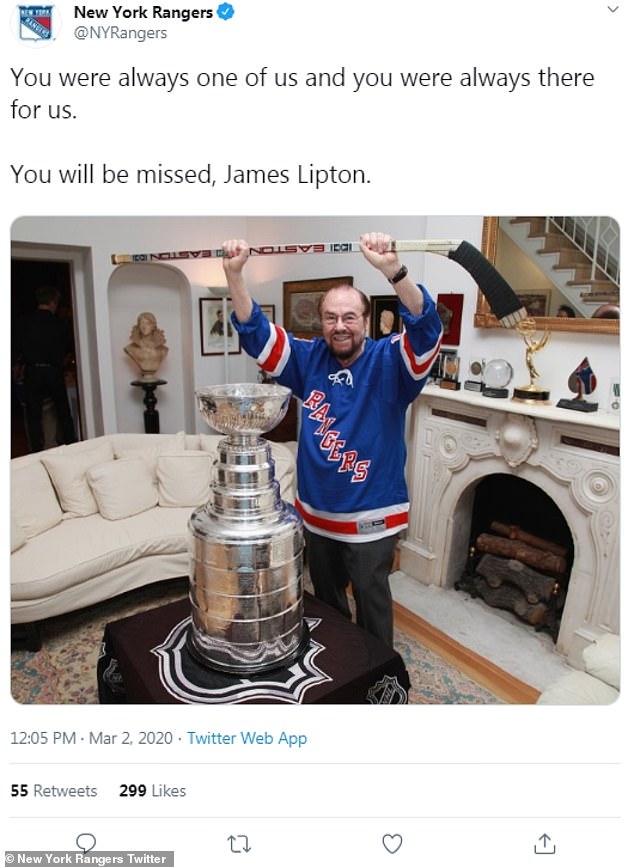 Honored: Even the New York Rangers shared a tribute