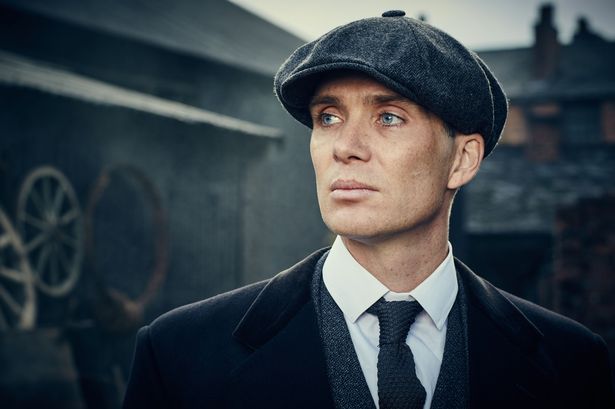 Cillian Murphy has long been one of the most talented actors to ever hail from the Emerald Isle.

Originally from County Cork, Ireland, the 45-year-old actor started his career on the stage in a number of small plays and independent movies.

As his incredible on stage persona and acting abilities began to garner attention, Cillian was snapped up by some of biggest names in the movie industry and landed starring roles in huge blockbuster movies including Danny Boyle’s 2002 horror, 28 Days Later, Cold Mountain, and Batman Begins.

Despite the fact he quickly became one of the most sought after actors in Hollywood in the early 2000’s, it was Cillian’s triumphant performance as Thomas Shelby in Peaky Blinders that earned him global notoriety and fame.

The Irish actor has starred as Shelby in the BBC series about a criminal gang in Birmingham during the post-World War I period since 2013.

Cillian starred in his first movie, Disco Pigs, in 2001
(

While he’s happy to say goodbye to the ‘gruesome’ job of becoming Tommy Shelby over the past ten years, it hasn’t completely sunk that it’s over, as the sixth and final series approaches.

“It’s weird to talk about. I don’t have much yet. Maybe I’ll have some perspective when it’s over,” he recently told The Guardian.

“It’s the end of 10 years of my life; with many colleagues and people. A great adventure that I have become very close with.”

Cillian has played Shelby since 2013
(

Away from his acting career, Cillian has famously kept his private life under wraps.

The Hollywood star previously admitted that he ‘hates’ the fame and fortune that comes with his occupation, and dreams of the day where the two aspects of his job can be completely separate.

Here, we take a look into the private life of the talented star from his family life, famous wife, and kids to his internal struggles with being one of the biggest stars on the moment.

Cillian has long struggled with the idea of being famous
(

Cillian recently revealed that he’s ’embarrassed’ of being famous
(

In a recent interview with The Observer, Cillian revealed he ‘doesn’t go out much’ and is relieved when people are ‘underwhelmed’ when meeting him.

The actor also has huge issues with fans taking photos of him without asking while he’s going about his everyday life whether that be in Dublin, London, or LA.

“What I don’t like is people surreptitiously taking photographs, which someone said is like the amateur Stasi.

“It’s so f*****g weird. I’ve been sat on the tube and people have started filming me.

“I don’t want to be like, ‘poor f*****g celebrities’, that is not what I’m trying to say. I’m very happy and privileged and all of that. But I think this thing of having cameras everywhere is something we need to sort out.”

Cillian has long struggled with his fame, admitting that he can’t help but feel embarrassed by it sometimes.

In a 2019 interview with The Guardian, the Cork native explained: “I’m really lucky. I feel embarrassed by it sometimes. I’m just a f**king actor.

Cillian is happy that fans are ‘underwhelmed’ when they meet him
(

“There are doctors and nurses and f**king people that work. I struggle with that. I mean, actors are overpaid, you know?

“It’s nice when you get paid, when you’re young, and you’ve gone from having no money, but the Catholic guilt kicks in immediately, and I’m like ‘It’s all going to go wrong. You don’t deserve this’. And I don’t.”

Much like his personal life, Cillian has been on a mission to keep his family out of the public eye.

Cillian has been married to his wife Yvonne McGuinness since 2004, after the pair met at one of his rock band’s shows in 1996 before he stepped into the world of acting.

The lovebirds, who are rarely photographed together, live in Dublin with their two sons, Malachy, 16, and Aran, 14.

Cillian has previously said that he owes much of his success to his artist wife, who keeps their family life in check back in Ireland while he’s away for six months of the year filming Peaky Blinders.

Cillian Murphy is determined to keep his private life under wraps

He told GQ magazine last year: “That work-life-balance thing is hard. I have an amazing wife and I couldn’t do this without her and her understanding. But it is a struggle.

“I think it is for any dad whose work takes him away, which it generally does, and which consumes him, which my work does.”

With not much known about their relationship, Cillian recently gave fans a rare glimpse into the couple’s family life.

Sharing some insight into his ‘normal’ life away from the silver screen, the actor explained: “We cook, we watch movies, we listen to music.

“I was vegetarian for a long time then I relapsed and now I’ve relapsed back to vegetarianism.

Since landing the part of Thomas Shelby in Peaky Blinders, Cillian’s ‘real accent’ has baffled fans.

The talented actor has never lost his authentic Cork accent, but his character portrayal of Shelby means he has adapted a strong Birmingham accent for the role.

Despite the fact that he’s received critical acclaim for his ‘spot on’ dulcet tones, some Brummie folk have previously slammed his accent, claiming it’s not authentic to how people speak in Birmingham these days.

However, Cillian insisted that the way in which his character speaks is true to the time the drama was set.

Ahead of the final season, the actor has revealed how Birmingham City fans played a part in helping him to develop his Birmingham accent in the gangster show.

Speaking to the Radio Times, the TV star revealed that a trip to the actual Garrison pub in Small Heath with the show’s creator Steven Knight helped him to perfect the accent.

The Irishman, said: “I hung out with Steve, and we went to the actual Garrison pub in Birmingham with his Brummie mates.

“And we’re just drinking Guinness there, and they’re singing Birmingham City songs and telling all sorts of stories, and I was recording on my iPhone, and then I took that home, and used it to try and track the accents, you know.

“And then I would call Steve and just leave voicemails on his phone in the accent and see how close I was to it.”

Peaky Blinders Season 6: What to expect in final series of BBC hit returning to screens 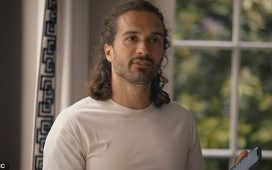