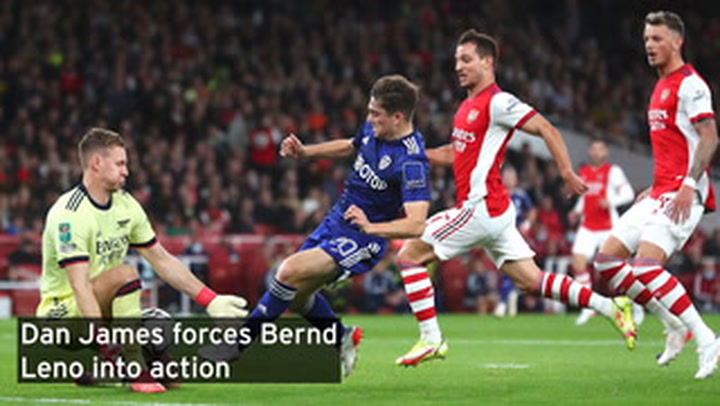 Slowly but surely, Arsenal have worked their way into the top half of the Premier League despite a nightmare start to the season.

Gunners fans may not be happy with their current 10th-place standing, but they can take heart in their team’s noticeable improvement after a run of three consecutive top-flight defeats in August.

Mikel Arteta was backed heavily in the summer with £140million spent on new players as he looks to imprint his philosophy during his second full season as manager.

There are signs the Spaniard is making progress in the Emirates hot seat, with the club unbeaten in their last eight fixtures and advancing to the Carabao Cup quarter-finals to complement their Premier League climb.

Here is how the Arsenal manager has turned things around since the start of September.

Building from the back

Every successful team needs a solid base, and Mikel Arteta has struck gold with his centre-back partnership of Ben White and Gabriel.

The Spaniard has deployed the £77million duo in each of Arsenal’s last six Premier League games and they have kept three clean sheets in that time, conceding just four goals.

The pairing offers an excellent blend of physicality and technique, with right-footed White complementing left-footed Gabriel to allow Arsenal to play out from the back as their manager demands they do.

Experiments with Rob Holding, Pablo Mari and five-man defences backfired earlier this season, and there is no longer any doubt about the centre-back pecking order at the Emirates.

Arsenal were disappointing in so many areas as they finished eighth in the Premier League last season, but perhaps the most-concerning aspect of their campaign was the distinct lack of leadership in the squad.

The likes of Pierre-Emerick Aubameyang and Alexandre Lacazette went missing for long spells while the burden of responsibility fell on youngsters Bukayo Saka and Emile Smith Rowe week in, week out.

Who is the best manager in the world right now? Cast your vote below!

This season, in contrast, there appears to have been a culture shift in the Gunners dressing room.

The squad appear unified under Mikel Arteta and the way they have responded to losing their first three Premier League games is commendable.

Aubameyang is back to his best with seven goals in nine games, while Lacazette continues to put his own circumstances to one side and show he is a key figure.

Another problem Mikel Arteta has addressed of late is Arsenal’s reliance on certain individuals without whom there was a significant dip in performances.

As mentioned, the Gunners were dependant on Bukayo Saka and Emile Smith Rowe last season, while Kieran Tierney was also in the bracket of near-essential players.

This campaign, Arsenal have coped well in the absence of key personnel, with Nuno Tavares impressing against Aston Villa and forgotten full-back Sead Kolasinac helping the side keep a clean sheet against Leeds United.

In midfield, Albert Sambi Lokonga has made a strong impression alongside Thomas Partey while Granit Xhaka faces a long lay-off.

And up front, the likes of Eddie Nketiah and Nicolas Pepe made good on rare minutes against Leeds to grab a goal and assist respectively.

Last but not least, the impact Aaron Ramsdale has had since his £24million arrival since Sheffield United cannot be understated.

The England goalkeeper has been an unflappable presence at the base of Arsenal’s spine and he can be very pleased with his tally of four clean sheets in seven games.

Ramsdale usurped Bernd Leno as No.1 shortly after joining Arsenal and this caused friction between the latter and Mikel Arteta earlier this season.

But to his credit, the German appears to have quashed his discontent in recent weeks and kept a clean sheet against Leeds United, proving the Gunners have two high-quality options between the sticks.