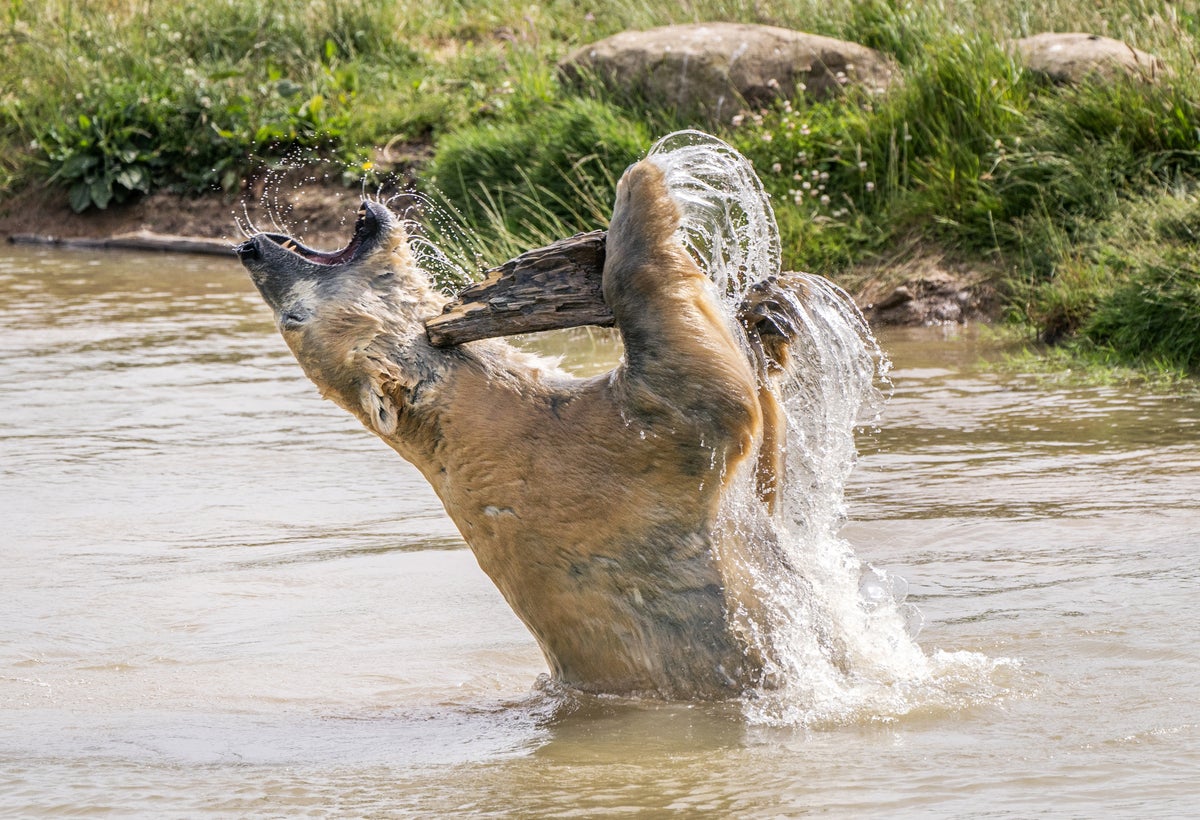 Sun worshippers were out in force on beaches and at sporting events as the mercury rose and the UK recorded the hottest day of the year so far for the third day in a row.

The highest recorded June temperature in the UK was 35.6C (95F) at Southampton Mayflower Park in June 1976, and forecasters do not expect the record to be surpassed this week.

Away from the beaches, city lidos such as London Fields Lido, in Hackney, east London were an ideal spot to spend a sunny morning.

This year’s Royal Ascot could come close to the hottest on record, forecasters have said.

Predicted high temperatures have meant men in all enclosures at Ascot were allowed to remove their jackets and ties once the traditional royal carriage procession had ended on the fourth day of racing.

Animals found ways of cooling off too.

Nobby the polar bear took a refreshing dip in a pool at the Yorkshire Wildlife Park in Doncaster.

Workers sweltered in cities across the UK and heat-health alerts were issued for parts of England.

Network Rail warned services could be disrupted because of the heat, which can cause overhead wires to sag and the steel rails to buckle.