The likelihood of determining whether someone is sharing a real or false memory of a crime that has been implanted in a person’s recollection is ‘no better than tossing a coin’, a new study reveals.

People listening to recounted events of a criminal act were only able to determine between the two with 53 percent accuracy, leaving experts to question how criminal proceedings are conducted.

Even when participants in the experiment were told that some of the videos featured false memories, they were still unable to identify the real and fake stories correctly – they were also more likely to misinterpret a real memory as being fake.

The researchers suggest the ‘questioning process should be evidence-based, to reduce the risk of implanting false memories in people being questioned by the police.’ 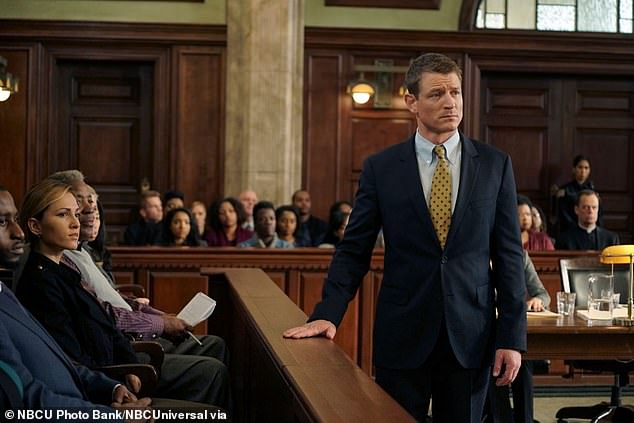 People listening to recounted events of a criminal act were only able to determine between the two with 53 percent accuracy, leaving experts to question how criminal proceedings are conducted

In 2015, Dr. Julia Shaw, a professor at the University College London, and her colleagues used suggestive tactics to persuade participants into believing they had committed a crime – and 70 percent of the subjects were found to develop false memories.

Researchers asked questions about their past and used leading questions in a way that convinced them they were recovering forgotten memories.

The tactics was carried out with the help of the volunteer’s family members, who told Shaw and her team about true and emotional childhood events that had actually occurred.

They told participants that their parents had revealed a crime or dramatic, but fabricated, incident and asked them to relive that event as if it had actually happened – all of which was recorded on video. 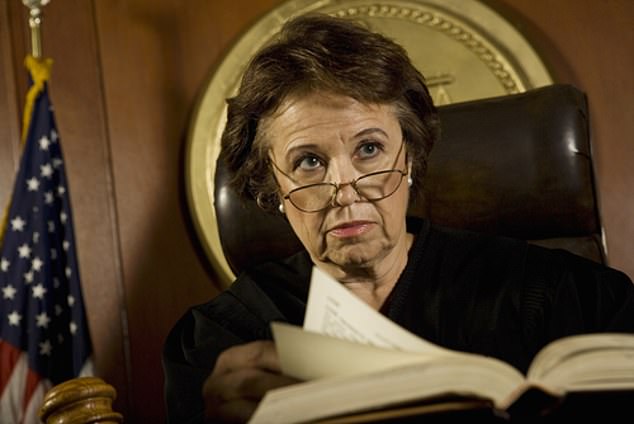 Judges in particular should never assume that they can tell when someone has a false memory, and should consider the entire process to see if there was any risk of contamination of a defendant or witness’ memories

Shaw noted they were implanting false memories about them committing a crime, such as theft and assault, when they were young.

And noted they were ‘essentially doing exactly ‘what not to do’ when conducting a police interview.’

‘Everyone thinks that they couldn’t be tricked into believing they have done something they never did, and that if someone were telling them about a false memory, they would be able to spot it,’ said Shaw.

‘But we found that actually, people tend to be quite susceptible to having false memories, and they sound just like real memories.’

For the recent experiment, the team used the 205 footage and showed it to a group of 200 people.

After watching the videos, the new participant were asked if the person being questioned was describing an event that actually happened or was made-up.

Shaw found that participants were only 53 percent accurate when identifying false memories of committing a crime.

Even when participants were told that some of the memories they watched were false, their judgment was still no better than tossing a coin.

For the 2015 study, 60 students who had not been involved in any crimes were interviewed.

The researchers contacted their parents and asked them to fill out a questionnaire about their child’s teenage years.

The students then took part in three 40-minute interviews that took place about a week apart.

READ  What must the government do to get on track for 2050 net zero?

In the first interview, the researchers told the student about two events they had experienced as a teenager – only one of these events actually happened.

For half of the students, the false event related to a crime that resulted in contact with police – an assault, assault with a weapon, or theft.

For the other half, the false event was emotional in nature, including an attack by a dog or the loss of a huge sum of money.

When describing the false event to the student, the researchers included details about that time in the person’s life that were actually true, which has been taken from the parent’s questionnaire.

The participants were asked to explain what happened in each of the two events.

When they had difficulty explaining the false event, the interviewer encouraged them to try anyway.

In the second and third interviews, the researchers again asked the students to recall as much as they could about both events.

The students also described certain features of each memory, such as how vivid it was and how confident they were about it.

Not only were they identifying false memories as true, the group was just as likely to recount a genuine memory as being fake.

‘Legal professionals and police officers need to realize how easy it is to manipulate someone’s memories,’ said Shaw.

‘Judges in particular should never assume that they can tell when someone has a false memory, and should consider the entire process to see if there was any risk of contamination of a defendant or witness’ memories.

‘The findings really highlight how important it is to ensure that criminal proceedings are done right.

‘The questioning process should be evidence-based, to reduce the risk of implanting false memories in people being questioned by the police.’

Shaw’s 2015 study was the first to successfully implant false memories of committing a crime – involving either assault or assault with a weapon that resulted in police contact.

The findings have clear implications for criminal interrogation and other aspects of legal procedure, affecting suspects, witnesses, and law-enforcers, as well as for interviews that take place as part of therapy, she added in a statement from 2015.

‘Understanding that these complex false memories exist, and that ‘normal’ individuals can be led to generate them quite easily, is the first step in preventing them from happening.

‘By empirically demonstrating the harm that ‘bad’ interview techniques – those which are known to cause false memories – can cause, we can more readily convince interviewers to avoid them and use ‘good’ techniques instead.’