NewsGroove Uk
NewsGroove Uk > Parenting > Iman explains why she won’t remarry after David Bowie’s death: ‘I wait until I meet him again’
Parenting

Iman explains why she won’t remarry after David Bowie’s death: ‘I wait until I meet him again’ 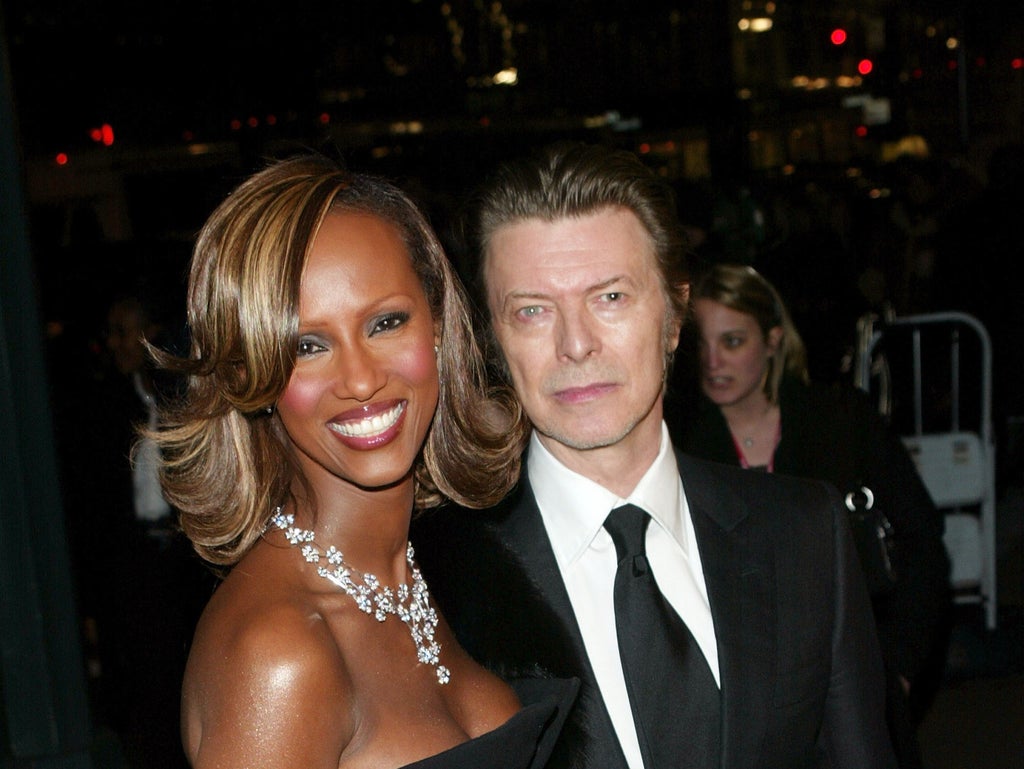 Iman has revealed that she will not marry again after the death of her husband David Bowie.

The supermodel spoke candidly about their 24-year marriage, and the loss of the musician from liver cancer in 2016, during an interview with People, where she revealed that the couple’s daughter Alexandria “Lexi” Jones, 21, once asked whether she would ever remarry.

According to Iman, she told her daughter that she does not plan to marry again as she “still feels married”.

While speaking with the outlet, the 66-year-old entrepreneur also admitted that there are days she still struggles with Bowie’s passing, and that some days are “harder than others”.

“There are days that are harder than others but the memories are not all sad of why the person isn’t here. The memories are now of how great it was,” she said. “Sometimes I have to remind myself that I had 26 years. So I have that to sustain me.”

The Iman Cosmetics founder, who noted that her late husband described their connection as “love at first sight” while it took her “a few months,” added that she still feels his presence, and that, through her memory, her “love lives”.

Iman also spoke of her unwavering dedication to Bowie while speaking with Today, with the model revealing that she looks forward to the day they “meet again”.

“This was truly the love of my life, and I just wait until I meet him again,” she said.

While speaking with the outlet, Iman also spoke of her experience grieving her husband, and why she didn’t confront her grief until four years after his death.

According to Iman, when Bowie died, she was more focused on helping their daughter navigate her grief, with the model revealing that, although she thought she’d gone through her own grief, she “actually did not”.

The Somalia-born supermodel, who is releasing her first fragrance, Love Memoir, as a tribute to Bowie, ultimately confronted her grief last year when she returned to their country home, where she hasn’t spent much time since the Space Oddity singer died.

“And there I was stuck for the year and I was forced to deal with it,” she told Today. “All of a sudden grief knocked on the door and became a companion. And I went through all of it, and now it is the joy that I remember.”

The couple, who had both been married before, were introduced through a mutual friend in Los Angeles. According to Iman, she believes it was her “destiny” to meet her eventual husband, as she told People that she never intended to move to Los Angeles because it “not one of my favourite places,” but had done so in 1990. The pair eventually married in Florence, Italy on 6 June 1992, before welcoming their daughter in 2000.

“I knew him as the man, David Jones, his real name,” the model told the outlet. “And not the rock star.”