'I'm optimistic': Gabby Giffords on her shooting, recovery and new documentary about her life


The first thing you notice when speaking with Gabrielle Giffords is how she talks.

There’s no way around it. Giffords, the former congresswoman from Arizona, was shot in the head during a mass shooting at a Safeway near Tucson, Arizona, on Jan. 8, 2011. Six people were killed, including 9-year-old Christina-Taylor Green.

The damage to Giffords’ brain left  her with aphasia, a language disorder that makes it difficult to communicate. Enthusiastic, even bubbly, she has a lot to say, but it’s an effort to say it.

But, oh, when she sings.

Giffords, 52, is the subject of “Gabby Giffords Won’t Back Down” (in theaters now), a new documentary directed by Julie Cohen and Betsy West.

Review: ‘Gabby Giffords Won’t Back Down’ can be difficult to watch. Why you shouldn’t look away

“Gabby is such a natural,” Cohen says in a Zoom interview with West and Giffords, who talks in excited bursts. “Her performance skills – not everyone knows this – go back to school when she was in a performance of ‘Annie.’ ”

And with that, Giffords launches into “Tomorrow,” singing it clearly and passionately.

The film is unsparing in its documentation of Giffords’ recovery. Her husband, U.S. Sen. Mark Kelly, made extensive videos of the process, nearly from the start.

“When we started looking at that stuff, it was extraordinary,” Cohen says.

It’s a crucial part of the film.

“It really allows people to see what it takes to come back from such a profound injury that Gabby suffered, and the slow, step-by-step process, ” West says. “We condensed it, but it’s pretty excruciating, what Gabby went through.”

Cohen and West also directed, among other documentaries, “RBG,” about the late Ruth Bader Ginsburg, the U.S. Supreme Court justice. In fact, that film provided a quirky link between the filmmakers and Giffords. Someone had been trying to introduce Giffords to the filmmakers; finally, a call was set up.

“And she lifted up her leg and showed us she was wearing RBG socks,” West says. “That kind of connected us in a pretty cool and fun way.”

“Fun” is not a word to be avoided here. As horrific as the shooting was, and as grueling and at times almost cruel as Giffords’ continuing recovery can be, her personality is delightful.

“She really doesn’t look back at what happened and think about, oh, what might have been,” West says. “She looks forward to think about what can I do now? How can I make a difference? It’s very profound. It’s very real. And it’s pretty inspiring – as a lot of her friends would say, ‘Gabbifying,’ and we feel that way, too.”

Yet one of the more frustrating aspects of watching the film is that, despite the work by Giffords and others to prevent gun violence, it keeps happening.

“This is such an important issue,” West says. “The fact that Gabby doesn’t throw up her hands and give up is pretty inspiring. It’s a profound problem in our country that we have to deal with. We can’t just pretend that it’s not there.”

“On a personal level, I will say I sometimes do get discouraged,” Cohen says.

“No!” Giffords interjects. “No way!” Then she hugs Cohen.

“This is why you need somebody with Gabby’s spirit and personality who’s just not going to let the sadness, the daily news, overwhelm the desire to really make a change,” Cohen says. Indeed, Giffords seems incapable of not looking on the bright side.

She’s also funny. At one point during the conversation, she says, “Oh, the skull.”

That would be her skull, a chunk of which, as we learn in the film, she keeps in the freezer at home.

“Right next to the empanadas and sliced mangos,” Kelly says in the movie.

Surgeons removed it to lessen the pressure on her brain after the shooting, and replaced it with artificial materials.

Giffords wanted to keep it.

“How many people do you know that keep a portion, about a third, of their own skull in the freezer?” Cohen says. “Only Gabby Giffords.”

Giffords grins like she’s letting everyone in on a secret, and loving it.

But back to the music. Music was a crucial part of Giffords’ recovery; singing is often easier than speaking for those with aphasia. And Giffords’ love of pop songs – we hear songs by U2; The Police’ and, of course, the Tom Petty song from which the film gets its title – informs the movie.

‘I hope others are inspired to keep moving forward’

Told that the filmmakers owe a lot to Giffords’ love of pop hits, Cohen says, “You say we owe her a lot for her musical taste. She may owe us tens of thousands of dollars for the extra film budget.”

“When you’re asking for permission to license a song, you let the musicians and the rights holders know what the film is about,” Cohen says. “And when we said the name Gabby Giffords, it may not have been free, but the answer from everyone was. yes.”

Giffords remains upbeat. Her attitude, she says, is, “Be grateful for friends and family, and live every day to the fullest.”

And that, she says, is what she hopes audiences take away from the film: “For me it has been really important to move ahead, to not look back. I hope others are inspired to keep moving forward, no matter what.” 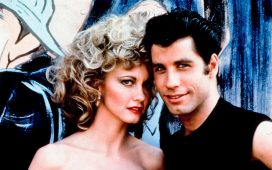 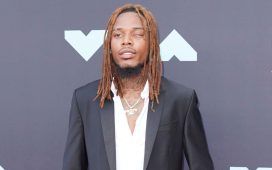 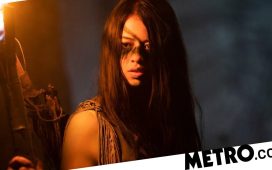 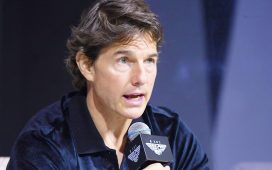 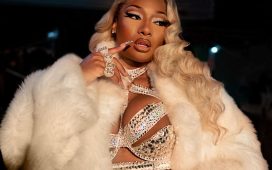 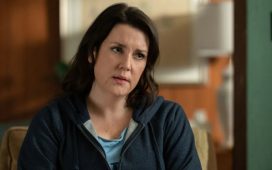 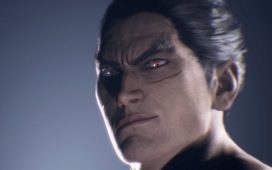 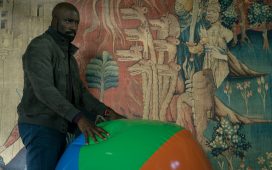