WHEN texting our kids and teens it can sometimes feel like they’re speaking a different language with the amount of emojis they use.

But while you might think you know what they all mean, even the most recognisable icons can have hidden meanings you may not be aware of.

Alfie Payne, Managing Director of Ape, a digital communications and web agency, says: “In the last couple of years, we’ve seen a rise in the acceptance of emojis.

“They’re a quick, easy and a universally recognised way for individuals to express their feelings and reactions to situations.

“However older users may send different emoji responses, meaning things can get lost in translation or misunderstood between different generations.”

Here, Alfie and founder of Social Acceleration Group Louisa Warwick reveal some of the lesser known meanings behind some of your favourite emojis…

Confusingly, this doesn’t just mean the item of clothing you would wear on your head.

The word ‘capping’ in slang means to lie.

The cap emoji is therefore also used in response to a message if someone thinks the other person is lying.

It can be used as another way to saying “No way!” when you’ve heard some unexpected news.

‘Let’s go get the bread’ doesn’t mean popping to the bakery.

It can also mean going to earn money, or ‘dough’.

You’ve goat to be kidding

A goat may be a farm animal, but it also connotes the ‘Greatest Of All Time’ – GOAT.

This would be used to describe someone who was at the top of the field in their chosen sport or profession.

We all know what the aubergine emoji can signify, but did you know the peach can represent a butt?

The cherry can also signify a woman’s breasts.

If someone sends the flame emoji, they think something is hot – but it’s not necessarily fire.

It could symbolise the way they think you look, an idea you’ve had, or the way you’re acting.

Take it as a compliment!

This innocent emoji can simply mean someone fancies avocado on toast – especially among millennials.

However it can have another meaning that is less obvious.

It can also refer to someone who is the ‘better half’ in a relationship, or that something is ‘basic’.

Snakes are known for being slippery, difficult to handle and usually slither away in long grass.

This emoji implies the subject is a deceitful character and is a secretly faithless friend.

‘You’re my lobster’ is a phrase that implies you are someone’s soulmate.

The term originated due to the fact that lobster’s mate for life.

On fleek was made popular from a vine video in 2014 and the term has remained popular ever since.

It can also suggest feeling sassy and confident. 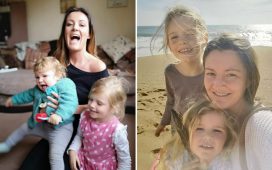 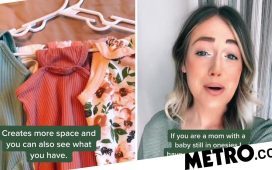