AS SHE uploads her latest selfie to Instagram, Mia Boardman can only brace herself for the comments.

The Teen Mom UK star is as used to receiving hate as she is to receiving praise on her social media accounts and is regularly accused of being a bad parent simply because of the way she dresses.

Speaking exclusively to Fabulous, Mia, 25, who is mum to five-year-old Marliya says she is sick of being judged on her appearance.

“I like to wear the clothes I wear which some people say aren’t typical ‘mum’ clothes.

“And that makes me a bad mum? People have gone as far to message me and say my child should be taken away because of the way I am. 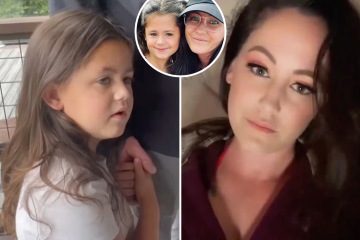 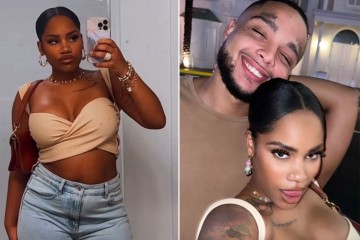 “When all I do is enjoy my time with my friends.”

But it is Mia’s social life that proves to be the greatest fuel for her trolls.

“I think people forget Marliya has a dad,” Mia, who lives in Southampton, says.

“And that if I’m out every weekend I’m an awful mum when Marliya is actually at her dad’s house.

“I strongly believe that you should be able to have a life away from being a mum.

“Life doesn’t stop when you have children, for me it has just started.

“But I’m constantly judged because I like to party.

“Of course you have to make so many sacrifices, but I believe you should be able to go out and do what you want to do as much as you want.

“Who cares whether you want to go out on a Saturday night and your child is with their father, dance all night with a short dress on, as long as you show up for your kids I think you do you.

“Your kids aren’t happy if you aren’t.”

Mia believes that plenty of her haters already have a fixed idea about her because she got pregnant in her teens, something she has found to be true of most teenage mums.

“I think people judge us, because they don’t think we are capable parents,” she says.

“Why is it (being a teen mum) such a bad thing? I feel like my life started when I had Marliya.

“Yes an older mum has more life experience and maybe more money but I personally don’t believe age makes a difference to how good of a mum you are.

“Don’t get me wrong I wouldn’t encourage being a young mum, because you have to sacrifice a lot, and you miss out on the normal teenage things.

“However, my view is Marliya has been the making of me.

“So to people who 100% want to have a baby young I wish them all the luck in the world and to ignore any negatives, you can be the best mum at 18 and the best mum at 35 I don’t care what anybody says.”

In the last series of Teen Mom UK viewers saw the deterioration of Mia’s relationship with Marliya’s dad Manley Geddes.

While the pair have remained amicable for the sake of their daughter, Mia admits their personal relationship has been tricky.

She says: “ It’s so up and down. When both of us are single we get on fine, but when we are in relationships, it becomes more complex.

Why is it (being a teen mum) such a bad thing? I feel like my life started when I had Marliya.

“I couldn’t have had a baby with someone more opposite. When it’s bad it’s bad when it’s good it’s ok. It’s draining sometimes.”

And Mia has had her fair share of relationship demons.

Last year Mia opened up about her experience with domestic violence, admitting she feared she would never see her daughter again.

Christopher Brooks squeezed the neck of the former star of MTV’s Teen Mom UK so hard he left finger imprints and severe bruising.

The vile attack was the culmination of 10 months of manipulation and abuse, which 25-year-old Mia says “felt like a lifetime”.

Brooks was sentenced to a year behind bars and Mia says that the experience has shaped her approach to parenting.

“After being in an abusive relationship, I had therapy and investigated the background of abusive men, and they said it stemmed from their childhood,” she says. 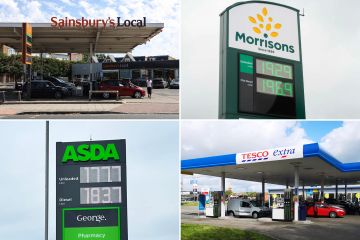 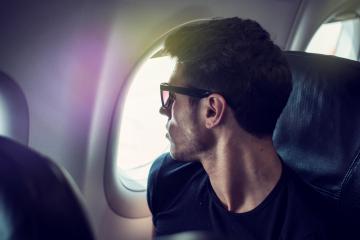 “That has played on my mind so much because I am bringing Marliya and it’s a huge responsibility.

“I just want to know I’m doing the right things for her to be the best person she can be.” 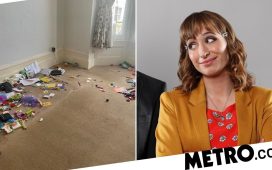