Louise Minchin secured a one minute phone call home on the latest I’m a Celebrity… Get Me Out of Here!.

The BBC Breakfast star and Kadeena Cox MBE won the coin toss in the Wishing Well challenge and after some discussion, the two women decided that Louise should have the phone call.

Louise spoke to her hubby and her children during the phone call as she fought back tears.

And then her husband David and daughter Mia said they were “going to cry” as they all fought back tears during the emotional phone call.

Even though it was Louise’s call, her fellow campmates seem to be just as emotionally moved, with Kadeena Cox MBE and Snoochie Shy both crying.

Showing her selfless side, Louise then said to her husband: “Phone Kadeena’s mum and say ‘happy birthday’ to her brother.”

Overhearing this, a heartened Kadeena sweetly hugged her fellow campmates, as she was touched by the kind gesture.

While another continued: “And louise using some of her one minute phone call to say ‘phone kadeena’s mum and say happy birthday to her brother?’ #imaceleb i might cry.”

A third said: “I’m so pleased @louiseminchin got her phone call on @imacelebrity but still voting for her to do the trial.”

However, some viewers weren’t happy that Louise fought to have the phone call when it was Kadeena’s brother’s birthday.

One disgruntled viewer said: “Louise thought about herself having that phone call, showed her true colours.”

While another continued: “I thought that was a s**t thing for Louise to even take that phonecall… wouldnt be me upsetting everyone lmao.”

Arlene Phillips also took Louise’s call badly, as it reminded her how much she misses home.

Taking herself away from her campmates, a crying Arlene said: “The need to be in contact with my family is hitting me hard and I’m finding it hard.” 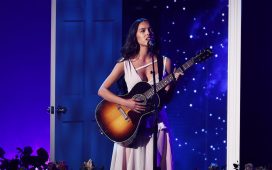 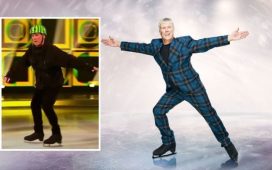