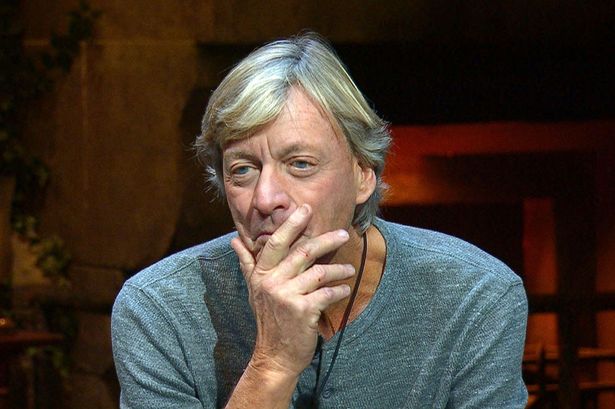 Richard Madeley was forced to leave I’m a Celebrity ‘s latest season after he was taken to hospital.

Taking to Instagram, he wrote a sweet message to his 35.3k followers revealing that he had to leave the show as a result of breaking the Covid ‘bubble’.

He said: “Hello all! Richard here – firstly just to say that I’m absolutely FINE. I started to feel briefly unwell in the small hours of the morning and was taken to hospital as a precaution.

“By leaving the camp, I had consequently broken the Covid ‘bubble’ and as such I’ve had to leave the castle and all the wonderful celebs that remain in the camp.”

The 65-year-old was disappointed that he had to leave the show so early.

Richard had to quit I’m A Celeb

He continued: “Obviously I’m gutted to be leaving so soon but the safety of all the campmates is the number one priority. I’m incredibly excited to watch their journey continue…even more so at the prospect of being somewhere a little warmer than Gwrych Castle.”

He thanked his fans for their support during his short stint on the show, penning: “Thank you to everyone who supported me on my brief but completely unforgettable adventure – I’ve made some great friends and honestly had the time of my life.”

The humble star has had quite a share of tragedy during his life, from being “badly beaten” as a child by his father to suffering some tragic losses.

Here is a closer look at what he’s been through…

Richard suggested in his book Father and Sons that the issues that built up across his life began with his grandfather being abandoned as a child.

At the age of just 10 years old, Geoffrey Madeley found himself without his family.

Geoffrey was moving from Worcester to Liverpool with his parents and six brothers and sisters, when the unfortunate reality took a turn that Richard claims could come “straight from the pages of Dickens”.

The family stopped mid-journey at his uncle’s Kiln Farm, and Geoffrey went to sleep excited to soon board a ship to Merseyside.

But when the little boy woke he found the house completely empty.

It was no mistake that the boy had been left alone, Richard explained in his book: “My grandfather had not been forgotten. A deal had been done. He had been left behind.”

Geoffrey was left as “collateral” to secure passage to Canada for his own father in 1907, in a cruel twist he was forced to work the land in exchange for the one-way passage for the rest of his family.

Richard wrote: “When I was a teenager, on one of my long walks with the old man, I asked, ‘Didn’t you even get a chance to say goodbye, Granddad?’

He continued: “He was not treated like a slave, or a servant. He was, after all, family. But he had become something dangerously close to a chattel: a human being who had been bought and paid for.”

It is this abandonment that Richard theorises led to Geoffrey beating Richard’s father Christopher, which he credits to causing a circle of abuse.

Richard with his father Christopher
(

Richard suffered beatings that would leave him scarred for six months as a child, which he has been open about on GMB.

Speaking on the show, he said: “I was badly beaten as a child by my dad. When I look back to my childhood, most of my friends and I got the cane several times.

“And I was seriously beaten. I got three strokes for throwing a paper dart. The scars lasted six months and I am still angry about it.”

The TV presenter continued: “I swore I would never lay a finger on my kids and I didn’t think I did, but I asked them and they both have thin memories of me smacking them on the bottom once or twice and I must have blanked it out.”

Richard has two children with his wife Judy Finnigan – Jack and Chloe – and is also stepfather to Judy’s twins from her first marriage.

Speaking to The Guardian as his book was released, Richard said he realised why his father beat him.

He said: “He thought it was acceptable – and it was back then. The beatings were learned behaviour; he learned the practice from his father and from society.

“When my father beat me it was out of hand – two years of uncontrolled beatings – and I realise now that it was because he was dealing with a lot of buried anger.”

Richard with his mother
(

Christopher was just 49 when he died, he was suffering from coronary thrombosis, he had spent his last day alive working before rushing home.

The tragic death led to Richard quitting smoking as he did not want to follow in his father’s footsteps.

Richard wrote: “Dad did what many men are strangely compelled to do when their hearts give notice of imminent convulsion – he headed for home.

“My father managed to drive himself to his front door, fumbled desperately with the key, staggered inside and collapsed into my appalled mother’s arms. He had three minutes to live.”

The last words his father ever said were “disappointingly mundane”.

Richard confessed: “No last pearl of wisdom; no sweeping but pithy summary of forty-nine years of existence. ‘Do you have to lean on me so bloody hard?’ he gasped, before his life winked out with the sudden totality of a power cut.”

The journalist confessed he’d been “overconfident” when he was younger, that led to him being caught shoplifting in 1994.

In 2008, he told The Guardian about the incident. He said that it originally happened by mistake when he forgot to put Champagne through the till alongside his food shop.

He said: “I was just not concentrating. I put the food through the till, I forgot to take the champagne out.

“It was, I can handle anything, I can juggle eight balls in the air, and actually I came a horrible cropper. I can joke about it now.”

Although he was cleared of the charges in court, he said that the “publicity was mortifying”.

Following his father’s death, Richard confessed that he’d had “about 10” affairs during his marriage to Lynda Hooley.

He didn’t shy away from the truth on Piers Morgan’s Life Stories back in 2009, saying: “We only lived together for a while and then we got married – I pushed for it – and then my dad died.

‘”In any marriage that would have been a very bad start and it quickly became clear to both of us that we weren’t suited at all and things started to fall apart.”

Piers asked the journalist if he had ever cheated on his first wife and he quickly confessed that he had.

Richard said: “Oh lots, numerous, probably in the space of about five years, about 10.

“I’d have to draw a veil over some of the reasons for it happening. I was very lonely and I think I clung to Lynda.

“Although the marriage had some very happy moments, there was a lot of negativity in it. I’m not using that as an excuse. It’s wrong to have affairs, but I was a very young man.”

Before the births of Jack and Chloe, Richard and Judy were expecting a baby and suffered a miscarriage.

Opening up in 2018 during Baby Loss Awareness Week, Richard told The Telegraph : “Judy was 16 weeks pregnant when she went for a routine scan.”

The couple had wed in 1986 and were expecting their first child together.

Richard said he’d never forget the nurse rushing towards him on the tearful day.

He said: “But I’ll never forget the nurse hurrying towards me, an agonised expression on her face: ‘Mr Madeley, you need to come this way…’

“I joined Judy in the examination room. Tears were streaming down her face: ‘It’s died, Richard. It’s died.’

“The scan had revealed a perfect foetus with a non-existent heartbeat.”

His wife was then put through an induced labour, which Richard said broke his heart as she completed the “empty, cold, defeated and drear” process of delivering the foetus. 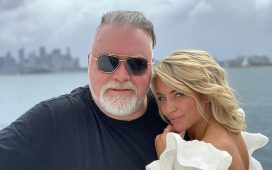 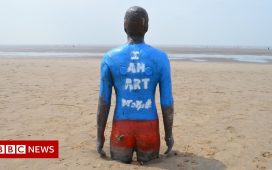