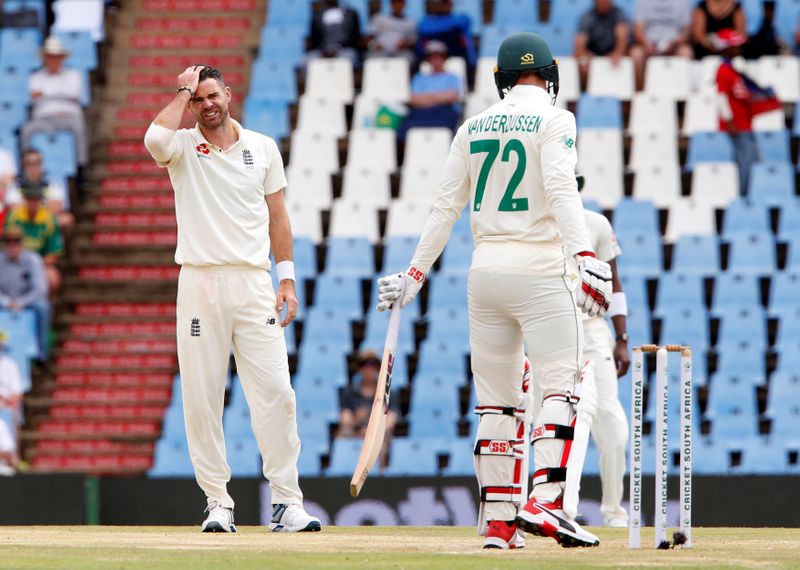 PRETORIA (Reuters) – The illness epidemic that has beset the England team since arriving in South Africa a fortnight ago claimed another victim on Saturday when wicketkeeper Jos Buttler was declared unwell.

He will rest up for the first session of the third day’s play at Centurion Park on Saturday with Jonny Bairstow talking over the gloves as South Africa resume their second innings on 72-4, the England and Wales Cricket Board (ECB) said.

South Africa have a 175-run lead and are looking to put themselves in a position to win the first test.

Influenza has ravaged England with several players and staff taken ill since arriving on Dec. 14.

Bowlers Jofra Archer, Stuart Broad and Jack Leech missed out on the two warm-up games before the start of the first test with spinner Leech still quarantined at the team’s hotel.

Ollie Pope was also struck down and missed out on a chance to play in the first test, although Archer and Broad recovered in time to be selected.

Chris Woakes fell ill on the eve of the test and Mark Wood reported sick on Thursday — although neither were expected to play at Pretoria.

England officials said the pair are also separated from their teammates at their hotel.

Ben Stokes battled with dehydration during the first day of the test on Thursday but recovered to both bat and bowl on Friday.

England’s team had only one week back home in cold conditions after returning from two tests in New Zealand before flying to the South African summer – with the change of climate initially blamed for causing the flu.

“There are a lot of theories going around but no one has nailed the cause. If it was that, it would surely be over it now but it keeps striking team members,” an ECB spokesman told Reuters on Saturday.