NewsGroove Uk
NewsGroove Uk > Politics > If you must compare Corbyn to a past Labour leader, it isn’t Michael Foot | Owen Hatherley
Politics

If you must compare Corbyn to a past Labour leader, it isn’t Michael Foot | Owen Hatherley


After the disaster of the general election, Labour figures of a certain age started pointedly sharing on social media a video of a conference speech. It is of course Neil Kinnock, in 1985, attacking the “rigid dogma” leading to the “grotesque chaos” of Liverpool’s Labour council, then under the heavy influence of the Trotskyist Militant tendency. The implication didn’t even need to be stated: this is what needs to happen now. A centrist leader such as Kinnock is going to purge you Trots, tack back to the centre and then win an election … in 12 years.

It’s history repeating itself, they say. An ineffectual pacifist who didn’t genuflect enough to patriotism – Michael Foot then, Jeremy Corbyn now – led the party to oblivion, and allowed in a horde of far-left “entryists”, who brought the party into disrepute. But who are the entryists today, and who should be purged? The first to name names is a Corbyn-sympathetic figure, Paul Mason, who has already argued that Corbyn staffers Andrew Murray and Seumas Milne are “Stalinists” who must be forced out. “Stalinists” is generally shorthand for ageing trade unionists unable to get with the times with the same ease as ex-Trotskyists such as Mason.

But isn’t Momentum just like Militant, you may ask? The latter was a tightly organised Leninist party: a small sect based mainly in Merseyside that collectively joined Labour almost unnoticed in the early 60s; it took 20 years for it to control the party’s youth wing, take over several constituency Labour parties and elect three MPs. Following Kinnock’s mass expulsions, Militant had a major role in the campaign against the poll tax, but after its abolition disappeared back into the margins.

It’s hard to imagine a more different beast to Momentum – a massive, unwieldy coalition. Its activists tend to be long-term party members – often, like its chair, Jon Lansman, with backgrounds in the post-1968 new left. The new left in Labour – which produced figures as disparate as Ken Livingstone and Margaret Hodge – were much more committed to anti-racist and feminist politics than Militant’s shop-floor Leninism, and saw no need for centralist structures. This meant they never broke the party rulebook in the same way. This can be seen now in the way that Momentum is a strange amalgam of a PR agency, a decentralised activist network and a media organisation, without a deep connection between each part.

Momentum has faced its own entryism spats, but they are of a very different cast to those of the 1980s. It’s an open secret that the pro-People’s Vote wing of the Labour left is dominated by members or ex-members of Trotskyist groups such as Mason’s old outfit, Workers’ Power. Lansman at one point had to change Momentum’s entire membership structure to prevent these groups from leading the organisation. But in this case “the Trots” are actually allies of Labour’s centre, and are deeply associated with its questionable second referendum policy.

In fact, it makes more sense to compare Corbyn to Kinnock rather than to Foot. Both took over after the dominant wing of Labour had lost a second consecutive general election – 1979 then 1983, 2010 then 2015. Both were subject to horrendous press hate campaigns. Both led – more enthusiastically in Kinnock’s case – campaigns against Labour local authorities, for illegal spending to build council houses in Liverpool, and for planning to sell off council houses in a property boondoggle in Haringey. Both of them aimed to adapt to “new times”, acknowledging, respectively, that in the 1980s Thatcherism had dismantled the old Labour class coalition, making the young, working population likely to vote Tory; and that the 2008-09 financial crisis had made Blairism’s giddy bubble economics extremely implausible.

Both conclusions were bitterly resisted by the old guard, but their attempts to seize the leadership – Tony Benn in 1988, Owen Smith in 2016 – were swatted away with ease, as they had no new ideas, and could easily be told “we know where that leads – defeat”, whether the “longest suicide note in history” or the “Ed Stone”.

Most of all, it seems Kinnock and Corbyn share the fact that each losing two consecutive elections themselves didn’t lead to their total discrediting within the party. This has led to surprise outside Labour, but it’s logical – both Kinnock and Corbyn, though both avoiding any major rulebook changes (unlike, say, Blair) were overwhelmingly popular with most members, even after their defeats (though Corbyn never had it from the parliamentary party). As the positioning of MPs such as Keir Starmer and Clive Lewis has already made clear, most candidates in the upcoming leadership election will stand as post-Corbyn, not anti-Corbyn – just as all serious contenders after Kinnock were his conscious heirs.

None of this means that some Tony Blair of the left is around the corner to lead Labour to glorious victory. Though Kinnock was radical compared with Blair or Gordon Brown, and faced the vitriolic wrath of Rupert Murdoch because of it, Corbyn’s politics, both imputed and real, were considered a genuine threat to the British state, and his successors will be under enormous pressure to buckle accordingly.

Even though, by 1997, a general election victory seemed an open goal for Labour, just to make sure of it the new leader ingratiated himself with the media that had destroyed his predecessor. It is unlikely that any of the current leadership candidates will be able to be quite so ingratiating; but what could yet be the same is the crushing of lives and hopes that led to that 1997 Labour government, when it finally arrived, standing on a platform that continued most of the Conservatives’ policies.

• Owen Hatherley is an author and the culture editor of Tribune 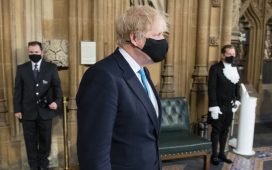