NewsGroove Uk
NewsGroove Uk > Animal > If Seaspiracy persuades you to stop eating fish in order to save the environment, you are completely missing the point
Animal

If Seaspiracy persuades you to stop eating fish in order to save the environment, you are completely missing the point 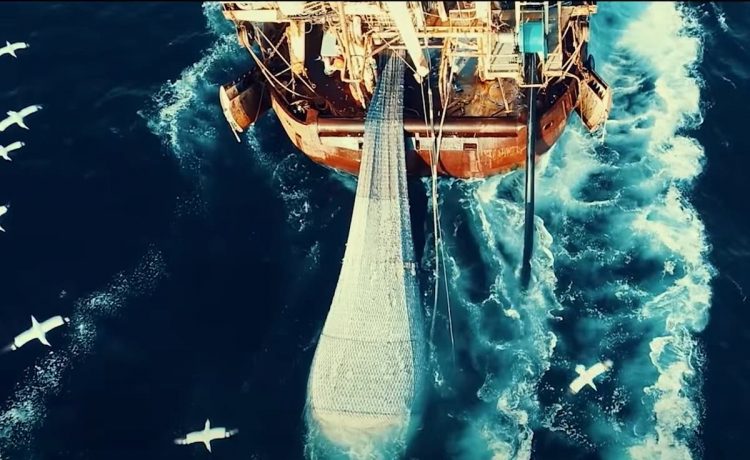 For so long, the fishing industry has been overlooked in discussions about cruelty to animals. We hear more about the seven billion land animals killed for food each year. But now Seaspiracyhas put fishing and seafood directly on the frontline.

The Netflix documentary has blown the lid off the environmental impact of commercial fishing. The issues it raises with this cruel, predatory racket echo what we see in the farming and slaughter of land animals.

It shows that labels such as “dolphin-safe” tuna are meaningless because, as the very organisation that manages this authentication admits, people can be bribed into turning a blind eye to what really happens at sea.

I knew that egg farms sometimes keep up to nine chickens per square metre and still call them free range. I’ve even seen multi-tier sheds that cram in 16,000 “free range” hens. But I didn’t know the fishing industry played similar linguistic tricks.

Seaspiracy also showed that parts of the fishing industry are using slave labour to catch shrimps and prawns. Again, this is mirrored on land. Studies show that workers in meat slaughterhouses often live in desperate circumstances and criminal groups have been trafficking foreign nationals to work in UK slaughterhouses.

As George Monbiot points out in Seaspiracy, we have an image of the fishing industry “deeply implanted in our minds from childhood” of a “little red boat, chugging along across a sparkling sea with Captain Birdseye at the wheel, with his white beard and his twinkly blue eyes”.

Dairy bosses play similar marketing tricks on us. Their packaging and ads encourage us to believe in the fairytale of the pastoral dairy farm, where blushing maidens milk smiling cows, rather than the brutal, rapacious reality of these horror camps.

Some viewers are saying they will go vegan after watching Seaspiracy and realising how environmentally damaging commercial fishing is. As a vegan, I’m pleased. But the argument that we should stop eating fish for the sake of the environment is a human-centric one that ignores the true victims here – the fish themselves.

Fishermen will merrily tell you that fish don’t feel pain but this has been disproved. Professor Donald Broom, a scientific advisor to the government, said: “The scientific literature is quite clear. Anatomically, physiologically and biologically, the pain system in fish is virtually the same as in birds and mammals.” A European Union scientific panel has also found that fish do experience pain and fear.

So imagine the pain and fear fish suffer when they get caught in trawl nets and are slowly crushed to death under the weight of other fish, their eyes ballooning out in their final hours. If they survive that, they are either left to slowly suffocate or they are disemboweled with a gutting knife while still conscious.

Fish on factory farms are cut across the gills and left to bleed to death, electrocuted in a water bath, or smashed over the head with a blunt instrument. The fish industry’s twinkly-eyed marketing doesn’t show you things like that.

At the heart of all animal suffering is speciesism: the idea that some species have more moral rights than others. Fish are generally at the bottom of this scale because small creatures that live in the water somehow seem less important than big creatures that live on the land, like we do.

READ  The facial expressions of mice

Pescatarians give up meat to take a stand against the suffering and slaughter of land animals but continue to eat fish. There are even hierarchies within the hierarchy: people proudly buy tuna with a “dolphin-safe” label. Even if that label was accurate, to boast about protecting dolphins as you eat the meat of slaughtered tunas is ridiculous vanity.

Morally, what is the difference between killing a dolphin or a tuna? Why do people campaign on behalf of the dolphins and whales at Seaworld but continue to eat cod and chips? Why boast that you’ve stopped using plastic straws to save fish when you won’t stop eating fish to save fish?

Again, it’s the same on land. People post photos of cute animals on social media and then sit down to eat the carcass of an animal that was tortured and slaughtered for them. Pet owners tremble in the waiting room at vets, unable to bear the idea of their beloved cat or dog suffering for even a moment, but then happily eat the dead bodies of animals who knew only suffering during their curtailed lives.

In Seaspiracy, presenter Ali Tabrizi says: “If dolphins and whales die, the ocean dies. If the oceans die, so do we.” If Seaspiracy makes people go plant-based, that’s great. But going plant-based only because you’ve realised it will benefit you is not veganism – it’s speciesism.