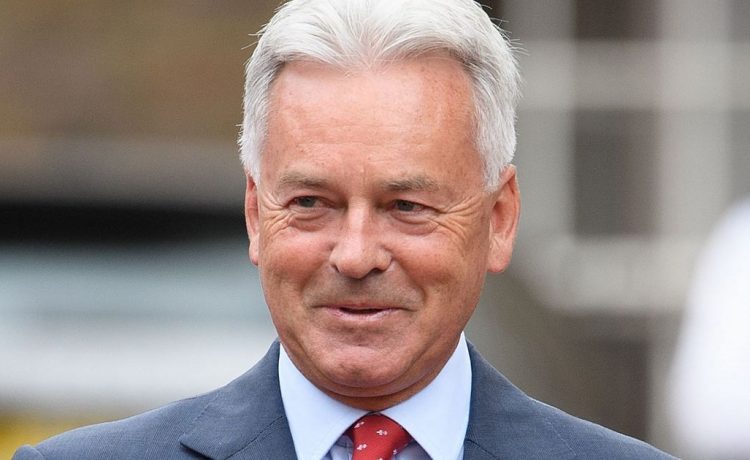 I’m occasionally told by readers the descriptions of Tory politicians in this column are too cruel.

Which is a bit like telling the cook in a jail filled with serial killers that he’s being inhumane by making the mashed potatoes too lumpy. How can you be too brutal to brutes?

And, anyway, my worst insults resemble fawning character references when compared to ex-minister Alan Duncan’s musings in his just-published diaries on the “crowd of zombies” at the top of the Tory party.

But the most scathing assessment from this Tory MP of 27 years was reserved for Gavin Williamson.

If you thought this column’s description of the Education Secretary as Frank Spencer playing a third-form pencil monitor was harsh, Duncan describes him as “a fireplace salesman” who is “ludicrously unqualified” and is ­basically “a venomous little sh**”.

Which I’m sure every schoolkid now realises because, fearing the sack, he is creeping around the law and order wing of his party pledging to ban phones from classrooms and crack down on misbehaving pupils.

That’s despite most schools already banning phones and the majority of kids behaving brilliantly over the past hellish year.

I have been astounded at the discipline and attitude of my 17-year-old daughter who was denied taking her GCSEs or having a social life.

When I was 17, adult life was opening up and I enjoyed it to the full.

Were I that age now, I don’t think I’d have coped with the theft of my liberty half as well as today’s teenagers.

The last thing they deserve is a cheap and cynical attack from a minister who is part of a government that Duncan calls in his diaries The Despicables.

Yet, astonishingly, Labour can’t lay a glove on them. Despite being up against a shower of incompetents, Keir Starmer’s party trails them in the national polls and could lose the safe seat of Hartlepool to them in next month’s by-election.

If that happens it will be a damning indictment on Starmer’s first year in charge of a shadow cabinet crying out for direction and passion, more talent and a single policy that isn’t “under new leadership”.

Too many people don’t know what Starmer stands for other than he was a decent and clever QC, he loves the NHS as much as the Union Jack, and he’s not Jeremy Corbyn.

Voters need more meat than that. They need ­something to vote for.

If the strategy from his Blairite advisers is to keep his head down and wait for the Tories to tear themselves apart or sink into a pit of sleaze, as happened in 1997, he’s got no chance. Brexit’s done and Johnson appears sleaze-proof.

Any revival from Labour has to come from within, beginning with Starmer offering a radical levelling-up vision for Britain that the Tories can pretend to offer but never deliver.

READ  The pros and cons of nationalisation

Because if Labour continues to look less attractive than the “horrendous, venomous waddlebottoms” running the country, then its very existence is in doubt.