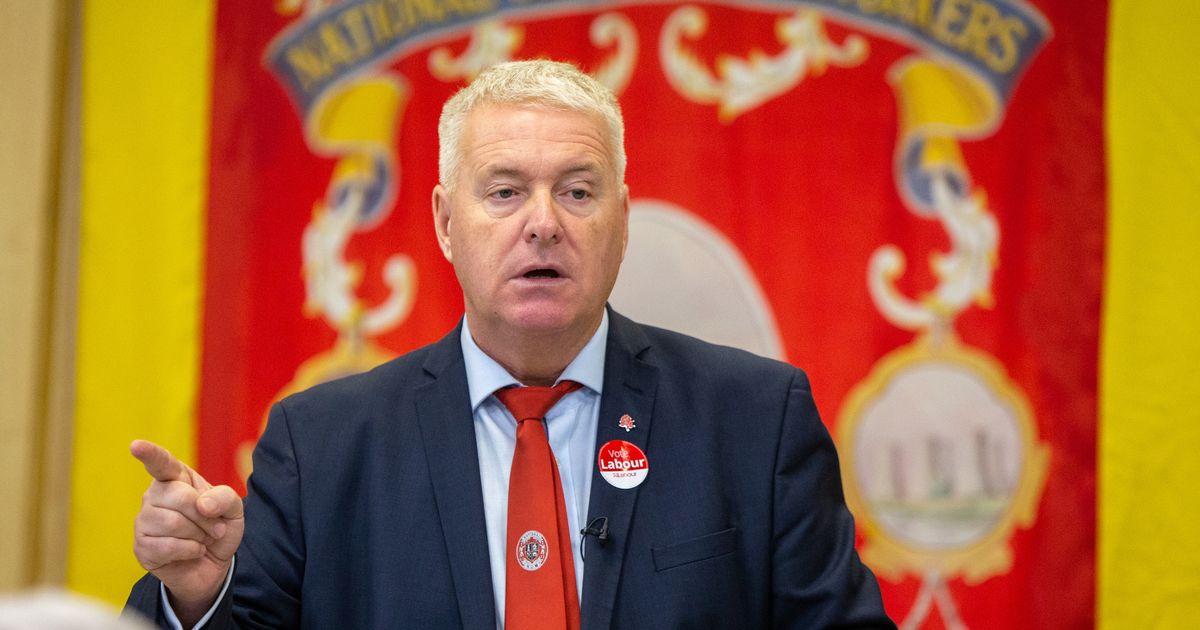 Labour’s leadership race took a twist tonight as party chairman Ian Lavery confirmed he is “seriously considering” a bid for the top job.

A spokesman for the Jeremy Corbyn ally told the Mirror he is mulling “all his options” after receiving “tremendous” support.

In a statement after a weekend of speculation, a spokesman for Mr Lavery said: “Ian is optimistic about the challenges ahead and knows there is a lot of work to be done to unify the party.

“He has had a tremendous amount of support and is seriously considering all of his options at present.”

Labour’s ruling body will meet on January 6 to consider the timetable before the race formally kicks off on January 7.

Ms Long-Bailey was publicly backed by Corbyn ally Richard Burgon and has been promoted by Shadow Chancellor John McDonnell.

But she has kept a comparatively low profile since the election. The Sunday Times reported some Corbyn allies had voiced doubts about whether she was well-known enough.

One senior left-winger voiced doubts over whether Mr Lavery would mount a full candidacy next month.

They claimed: “He is responding to pressure from some quarters because Becky has not yet launched. Once Becky has launched I think that will disappear.“

A union source suggested Mr Lavery was being urged to run because Ms Long-Bailey’s campaign had not picked up the momentum some hoped for.

But the major unions have yet to back a candidate, and one source voiced doubts over whether either Ms Long-Bailey or Mr Lavery would win over the membership.

Candidates need 21 MPs’ backing to make the ballot paper before they face a vote by Labour’s 500,000 or so members, with a new leader in place by the end of March.

Many members joined from 2015 to back Jeremy Corbyn – but tens of thousands others have been urged to return to the party to vote.

Left-wing votes could also be drawn to Clive Lewis, who has suggested the party had not gone far enough to break with the Blair and Brown era.

Today seven Labour MPs who were unseated in the general election called for a “fundamental change” in leadership and “unflinching” review of what went wrong.

Blasting “cronyism” at the top of the party and Mr Corbyn’s “anti-western worldview”, the MPs argued poorer voters backed the Tories after they “simply didn’t believe” Labour’s vast spending plans, or didn’t see the relevance to their lives.

Those signing the letter to the Observer included Emma Reynolds, Mary Creagh, who had chaired the Commons Environment committee, Phil Wilson who sat in Tony Blair’s old seat, and Anna Turley whose Redcar seat was taken by a 26-year-old Tory.

Who is Ian Lavery? Bruiser who backed Jeremy Corbyn and fought Labour’s push towards Remain

A bruiser who began his career at Northumberland’s Lynemouth Colliery, Ian Lavery was thrown into politics by the 1980s Miners’ Strike.

The 56-year-old succeeded Arthur Scargill as National Union of Mineworkers President in 2002 before becoming an MP in 2010.

The Jeremy Corbyn loyalist, whose region backed Leave by 54% to 46%, was one of the few Shadow Cabinet ministers to adamantly back Brexit after the 2016 referendum.

That led to clashes between the father-of-two, a football, cricket and boxing fan, and top MPs who wanted to Remain.

His 10,435 majority in Wansbeck was slashed to 814 in the general election as a ‘red wall’ of Labour heartlands turned blue.

Mr Lavery was previously dogged by press coverage about £165,000 he received from a union he ran, which by 2012 had only 10 recorded members.

The money included just under £90,000 in “termination payments”, when Mr Lavery was made redundant as general secretary of the NUM Northumberland Area on becoming an MP in May 2010.

Mr Lavery has always vehemently denied wrongdoing, either by himself or the union, and the Certification Office for trade unions decided not to investigate further in an October 2017 report.