NewsGroove Uk
NewsGroove Uk > Health > 'I went to bed hungry': being denied an abortion can lead to financial turmoil
Health

'I went to bed hungry': being denied an abortion can lead to financial turmoil


Kayla Moye was beginning a 90-day sentence in a Cleveland jail when she learned she was pregnant. She was 19, and she wanted an abortion.

She visited a nurse inside the facility to ask about her options. “Her exact words were ‘that wouldn’t be an option’ for me,” Moye said. “I later found out that [saying] that was totally illegal.” By the time she was released, she was in her second trimester, and decided to carry her pregnancy to term. Her son was born prematurely two months later.

Before her incarceration, Moye was working full-time at a casino and pursuing an undergraduate degree in business. “My life was pretty decent,” she said. “I was making decent money for my age, and I just wanted to finish school, figure out my life and my passion and not have to worry about the responsibility of another human being.”

But resuming her life after jail proved difficult. Moye, who went back to work two months after her son was born, said she didn’t qualify for childcare assistance or food stamps. Formula for her son was expensive.

“I had my lights cut off. I had my gas cut off. I went to bed hungry plenty of times,” she said. She said paying for things like her son’s food and a car seat caused her to fall behind on bills. Her car was repossessed during that time, and she occasionally relied on help from her parents to stay afloat. She fell into a depression.

According to a study published earlier this year by the National Bureau of Economic Research, women who are denied abortions are more likely to struggle financially than those who undergo the procedure. Researchers found higher rates of debt, bankruptcy and eviction among those who carried unwanted pregnancies to term.

Sarah Miller, an economist at the University of Michigan and the study’s lead author, said new mothers can expect a drop in pay after giving birth, and that’s paired with medical expenses and the costs of caring for a child. But for those who sought and were denied an abortion, their subsequent financial precarity reflects a prescient degree of self-awareness. Miller’s research suggests that individuals who seek out abortions carry an astute sense of their financial situation, the realities of caring for a child, and the compounding hardship of the two.

Miller and her team analyzed the credit scores of hundreds of women across the US who had sought abortions; one group obtained abortions and the other were turned away due to advanced gestational age. The researchers found that, on average, the women who were unable to access abortions had roughly $1,700 more in debt; were 81% more likely to have negative public financial records, such as bankruptcies, evictions and tax liens; and were more likely to have poor credit. (In three years prior to the unintended pregnancies, researchers said their credit scores were “nearly indistinguishable”.)

Most striking, the financial gaps between the two groups endured throughout the six-year period Miller and her team studied. Miller said she had expected the gap to narrow after the first year or two. “But it seemed to bring these women’s households into a more persistent kind of financial turmoil,” she said.

These findings come as states across the US roll back access to abortion – sometimes under the guise of the coronavirus pandemic – and the US. supreme court considers its most high-profile abortion case in decades. Next week, the justices are expected to rule whether the state of Louisiana can impose strict regulations on abortion providers, requiring them to have admitting privileges at nearby hospitals. Abortion rights advocates say a ruling in the state’s favor would signal that states could severely limit individuals’ access to the procedure.

Although states’ attempts to classify abortions as non-essential were overturned in the courts, thousands of women were turned away from abortions at the outset of the pandemic, according to the New England Journal of Medicine. Miller said if more women are denied abortions, more women are also likely to face economic hardship. “Short-term reductions in access to care could potentially have long-term, persistent financial consequences,” she said.

Short-term reductions in access to care could potentially have long-term, persistent financial consequences

Miller’s research built off the Turnaway Study, a longitudinal study from the University of San Francisco that looked at how abortion access affects women’s lives. The study, which was recently released as a book, followed 1,000 women across the US between 2008 and 2010 and interviewed them over the course of five years.

Researchers found the effects of denying women abortion went beyond financial hardship. Women who carried to term were also more likely than their counterparts to experience complications during pregnancy and stay with abusive partners.

Diana Greene Foster, the Turnaway Study’s lead researcher, said two of the study’s participants actually died from childbirth-related complications, a staggering figure, given that most recent statistics put the overall US maternal mortality rate at 17.4 per 100,000 live births.

Foster, a demographer, said she was struck by how closely women’s reasons for wanting abortions tracked with the outcomes. Women who said they couldn’t afford a child tended to become poorer; those who worried about raising a child with the man involved tended to see those relationships dissolve; and those who worried about the impact on the children they already had tended to experience worse financial and developmental outcomes for their children.

“The data make it really clear that people are making thoughtful decisions,” Foster said. “They understand what the impact will be. And they are right.”

Moye said she’s gotten to a good place – emotionally and financially. At 25, she’s engaged to be married, and her son, now five, has a two-year-old sister. She works for a dating service and owns a couple of businesses, including a beauty bar and a stake in a tattoo parlor. She and her fiance are buying a home in a suburb of Cleveland, and she plans to pursue a master’s degree.

“The reason that me and my fiance started to explore businesses and kind of go the entrepreneurial route was mainly because we want to be able to pay for the kids’ college,” she said.

She hopes they will be able to chart their own paths, without constraints, financial or otherwise.

“I think that most of all, everything kind of boils down to freedom,” she said. 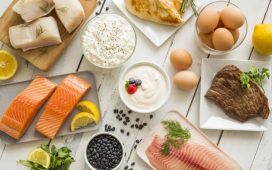 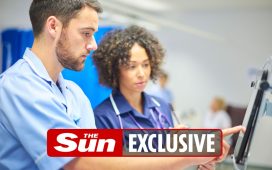 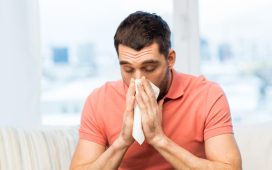 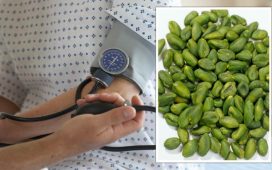