The supermoon lived at the end of our street, or at least it briefly did one evening, and in the days before I’d excitedly primed my two-year-old daughter for its appearance.

On the big night I scooped her up, selfishly ignored her protests and walked out into the middle of our street. My daughter’s reluctance thawed and she charmingly mistook the streetlights for our supermoon. But then, unmistakably, there it was: bright, plump and enthroned just above the horizon.

“I get step?” she asked. She wanted to climb and touch it.

This caused an effervescent surge of emotion in me, and I squeezed her and cried. You get moments like this. Moments when your child’s innocent longing, or gorgeously refracted logic, inspires an almost unbearably exquisite tenderness.

Still, I was surprised – and a little embarrassed – to experience this feeling again on Mother’s Day, while seated in section 3 of the Rod Laver arena in Melbourne as the Wiggles opened their set with Toot Toot, Chugga Chugga, Big Red Car.

My daughter, whom I feared may be tearfully overwhelmed by her first stadium gig, bounced off her seat and began dancing. She was immediately and blissfully transfixed.

And in watching her, it was me who was tearfully overwhelmed.

She had no fear, or reverence. She didn’t ask how these icons – normally contained within plasma screens, or manifest as highly combustible plush toys – were now flesh and blood before her.

Stadium gigs aren’t my thing, and the last time I was at Rod Laver for one was Simon and Garfunkel on the day Michael Jackson died. Art’s voice was shot, and so too the pair’s communion. I was in the nosebleed section, but still close enough to feel the chill of their mutual antipathy – or boredom.

I’m not sure if the Wiggles have any pretensions to art, but they do have an unfailing commitment to appearing preternaturally cheerful. Perhaps no performing musical artists are so dependent upon upholding consistency than children’s entertainers, and so far the Wiggles – despite some tricky entanglements – have avoided the destructive tensions of so many before them.

The Wiggles might not have “America” or “The Only Living Boy in New York” in their setlist, but I found a more intense feeling watching my daughter watch Emma. At least for a while. Apart from the moment when a giant, inflatable Wags the Dog got stuck between some chairs and scaffolding, my pleasure in the gig was entirely vicarious – and for much of the second half my daughter was more absorbed in her bag of autumnal leaves that we’d collected earlier that day.

The getting there wasn’t easy. It first required the semi-normalisation of post-lockdown life, and then us schlepping across town on multiple trams with no pram and a toddler who, just hours before, had accidentally discovered maple syrup. Chaperoning her on public transport was like teaching an eel to foxtrot.

On one of those trams was a young man inexplicably dressed in camouflage. I don’t mean that he had bought some “street wear” camo shirt and matching cargo pants. I mean that he was in full, tactical camouflage gear – one piece, with deployed hood and the whole thing featuring strips of fabric that resembled fur. Half of his face was obscured by darkly tinted wraparound sunnies. In a busy tram, the seat next to him was pointedly vacant.

Having seriously wondered if he was a far-right terrorist, I scanned his body for weapons, interpreted his incessant foot tapping as potential proof of murderous agitation, and subtly stepped between him and my daughter.

That was on the way there. The way home was worse, and if a sense of exquisite tenderness can be found as a young parent, anxiety and exhaustion are always waiting to overwhelm it.

But as the Wiggles played their final song, and parents began making their early exit, I quelled my instinct to follow them to avoid the tram crush. I thought of what a friend had told me, many years before, about how his father had taken him to a Paul McCartney gig as a kid – only to drag him away during the finale so they could “beat the traffic”. The finale was “Hey Jude”.

Seventeen hours later, we arrived home. After I changed my daughter’s nappy, I asked her what one thing she might tell her friends at childcare tomorrow about her big day. That “big day” had included a lavish cafe breakfast, long botanical survey, a chat with some ducks and chickens, the affection of a pharmacist, extensive tram rides and a goddamn Wiggles concert.

READ  The American TikTok mum who butchered tea is now doing beans on toast all wrong
Share on FacebookShare on TwitterShare on PinterestShare on Reddit
newsgrooveMay 13, 2021 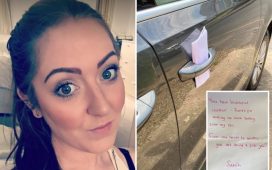 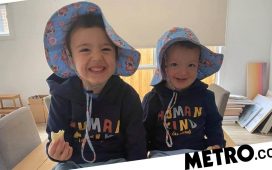 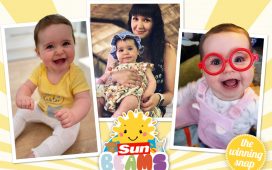