NewsGroove Uk
NewsGroove Uk > Parenting > I smoke weed around my kids and let them take days off school when they’re stressed, it’s all about making life easier
Parenting 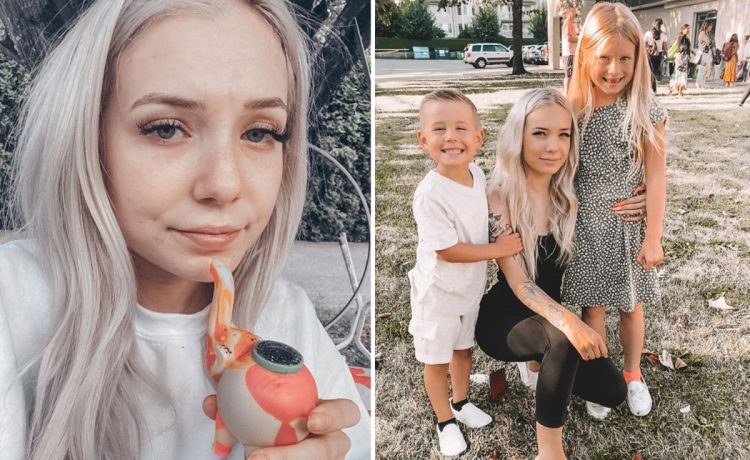 A MUM, who admits to smoking marijuana around her kids, has revealed that she lets them take days off school when they’re stressed.

Caitlin Fladager,  27, lives in Vancouver, Canada, where recreational and medicinal marijuana use is legal.

And in a recent Facebook post the mum-of-two revealed that she took her kids out of school to give them a “mental health day.”

In her post, Caitlin wrote: “I could tell my 6 and 8 year old desperately needed a mental health day.

“So I booked a lake house, emailed their teachers, packed their suitcases, and off we headed for a couple days.”

Caitlin admitted that she bought her kids snacks that she would usually say no to and allowed them to play video games at dinner, as well as having no set bedtimes.

The mum argues that giving her kids some freedom means that they’re more likely to cooperate.

She added: “Tomorrow we will return home, and they will return to school. A lot more refreshed, a lot more calm, and a lot happier.”

She finished: “Giving my kids a mental health day, and just giving them a break in general, will become a tradition I hope to carry on for years to come.”

Caitlin got pregnant with her high school sweetheart Noah when she was 18 years old and the married couple now share two children, Adriana and Jack.

Caitlin is also very focused on her own mental health, often using marijuana to help her relax.

She says she wants to “raise awareness” of how marijuana can actually help up women become better mums to their children.

Posting on Instagram, she previously said: “I have never been the most patient with my two kids.

“Weed makes me a better mom, as I get a good night sleep after I smoke. I wake up well rested, and with a more clear mind.”

Caitlin says that she only smokes weed once her kids are in bed⁣, and she uses it in place of antidepressants.

The mum claims it also helped her cut back on her drinking.

June 11: Stop making excuses for why love can’t work and make sure it does

I’m 23 and my girlfriend’s 60, haters shame her wrinkly face but she’s the one

In other parenting news, check out this mum who shared her clever boot hack for keeping cars organised on family days out to the beach.

And another mum claims that her 30-minute shaving foam hack will heal your sunburn.

Plus, here’s one mum’s hack for applying sun cream on kids who hate it & parents say it’s genius.

Tell us: how do you keep your kids entertained in the car (without an iPad)?